American Ballet Theatre began its 2018 Met Season last night with the opening performance in its week-long run of Giselle. It was an auspicious, if relatively unsurprising, beginning. Assaying the lead roles were Hee Seo and Roberto Bolle, and in one of her infrequent appearances as Myrta, Gillian Murphy.

I’ve written frequently, with respect to Swan Lake, that swans aren’t hatched fully grown: they need time to develop, and as fine as they may be in a debut, ballerina swans get better (or should) with the opportunity to dance the role on multiple occasions over time. Obviously, this observation isn’t unique to me, and it applies to other roles as well as Odette/Odile. The truth of it is apparent in Seo’s Giselle. 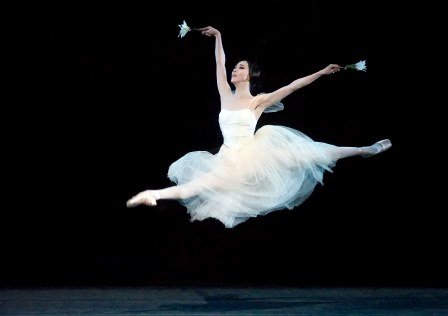 Hee Seo in a previous performance of “Giselle”
Photo by Gene Schiavone.

Seo now has greater experience as Giselle than any other ABT ballerina on its “regular” roster (guest artists Alessandra Ferri and Natalia Osipova have danced the role longer), and it shows. I saw Seo dance Giselle on at least two prior occasions: her 2011 debut, and again in 2014. Including last night’s performance, the “experience trajectory” is crystal clear. I described her initial effort as “very promising,” and unusually strong for a debut, reflecting intelligence and unexpected nuance, but that work needed to be done on her acting (including animation), and technically, on her Romantic port de bras. Mostly, she needed to take chances to make her Giselle exceptional. Three years later I observed her significant improvement in all areas, noting that her Giselle was, then, far more than just “very promising,” with a performance marked by clarity, nuance, and superior acting ability. I wrote: “She’s not yet on the level of the others [during that 2014 performance week], but she has the potential to become a first rate Giselle.”

Seo is now a first-rate Giselle.

Her Act II remains the superior of the two acts, from entry to exit: her circular chugs were fast and beautifully controlled; her backward-moving entrechats both exciting and crystalline. Seo’s radiant fragility and understated but effective characterization, coupled with increased technical confidence and apparent strength (a deficiency of which I’ve noted in some prior outings in other roles), make her Giselle a joy to watch. And her acting has evolved to the point where her village maiden is highly credible. There’s still room for further improvement – at the beginning of Act I, her leaps are far more grounded than some other Giselles, she didn’t hold balances any longer than absolutely necessary, and her port de bras in that act were not as carefully formed as in Act II (Act II is more obviously “Romantic,” but the style can be seen in Act I as well, as Skylar Brandt effectively demonstrated in the peasant pas de deux), but these are minor observations.

But as superb as her Giselle now is, there’s still a distance; a reserve. So much of Giselle, at this level, is a matter of shading, of nuance, and is dependent on the ballerina’s ability to transport an audience to the stage to feel what she’s feeling and at the same time to be moved by and for her. Call it charisma, or stage persona – or, of course, simply extraordinary capability. The truly great Giselles have this quality – it’s not just subjective on the part of the viewer (although it admittedly is, in part); it’s something that the vast majority of great Giselles bring to their performances and it’s universally recognized. You know it when you see it, and you saw it in the Giselles danced by Diana Vishneva, Alina Cojocaru, Ferri, Gelsey Kirkland, Marianna Tcherkassky (too frequently overlooked), and a small handful of others I’ve seen (including, based on her debut last year, Sarah Lane). That quality is still lacking in Seo’s Giselle and it’s a puzzlement to me why – Seo does not have a cold stage personality at all: on the contrary, she delivered one of the most memorable performances of Tatiana in Onegin that I’ve ever seen – she can move an audience (or at least me) deeply.

Be that as it may, Seo’s Giselle is wonderful to watch, sufficiently moving if not cathartic, and one of the best on ABT’s roster. 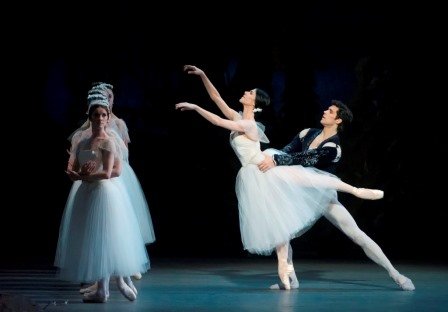 Her Albrecht needs no further evolutionary development. Bolle looks like he hasn’t aged a bit since his debut with the company as Ferri’s partner in Manon in 2007, when I described him as looking somewhat like Superman (Christopher Reeve, not George Reeves). He still does. And he has lost little if any of his technical ability over the years either. He may cheat a bit here and there, but not in any way that diminishes his effectiveness. His ballon is still noteworthy, and his entre-chats (during his Act II solo) last forever, and don’t require assistance from pumping arms until they’re nearly over. And his partnering is effortless, selfless, supportive, and unobtrusive. He clearly contributed to making Seo’s performance as fine as it was.

Of the rest of the cast, Brandt and Joseph Gorak danced the Peasant Pas de Deux. Brandt danced very well, with noteworthy overall execution and a degree of emotional texture in a role that often doesn’t show it. But, as I’ve mentioned before, she needs to be careful not to open her mouth when she completes a phrase. She’s not nearly as obvious in this respect as other ballerinas sometimes are, but it still looks unnecessarily self-congratulatory. I’ve seen Gorak execute this role previously with greater facility. Last night, he had uncharacteristic difficulty, it seemed, getting off the ground in his leaps, cheated too obviously on his tours, and generally lacked the verve he’s exhibited on other occasions. His stage personality remains as youthfully effusive as it has been since he first appeared with the company, but he’s not yet in mid-season form. But definitely in mid-season form was the ABT corps. While the townsfolk and friends in Act I need some acting lessons (everything was by the numbers, with little apparent spontaneity or sincerity), in Act II, the Wilis were flawless.

Finally, kudos to the ABT Orchestra, and particularly the conducting by Charles Barker. After attending so many ABT Giselle’s that were conducted at a dirge pace, it was refreshing to finally hear one that didn’t sound funereal.

I’ll report on the rest of this year’s Giselle marathon that I’m able to see at the end of the week. But Seo and Bolle are scheduled to dance Giselle again on Saturday evening, the only pair given a second performance, and traveling to the Met to see them is worth the effort.