For those who’ve been on another planet for the past week, on September 10 American Ballet Theatre announced a bevy of promotions: five new Principal Dancers (in alphabetical order: Joo Won Ahn, Skylar Brandt, Thomas Forster, Calvin Royal III, and Cassandra Trenary), and one new Soloist (Gabe Stone Shayer). It should be – and it is – a time for celebration. But at the same time, ABT management made a particularly puzzling decision that impacts audiences, not to mention lives, for no apparent reason that makes any artistic sense, and that raises inevitable questions. 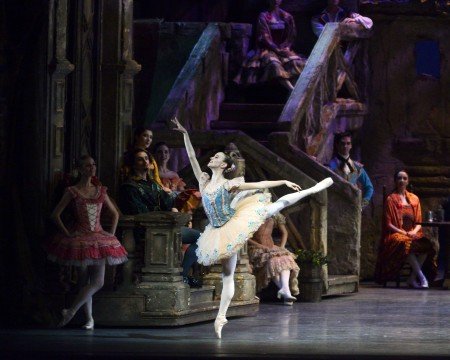 First the celebrations: I have my own opinion about whether all the promotions – the largest number of promotions in one announcement in recent memory – were warranted at this time. Certainly Brandt’s promotion was no surprise: in view of the quality and breadth of her leading-role performances to date, it was well-deserved. And certainly Forster has been knocking at the door for a long time as well, delivering meritorious performances in a variety of roles. Based on announced casting and past performance levels, two others (Trenary and Royal) doubtless would have been promoted following the 2020 Met Season had that season happened, with good reason: my only quibble is that that season’s Met performances hadn’t yet happened. 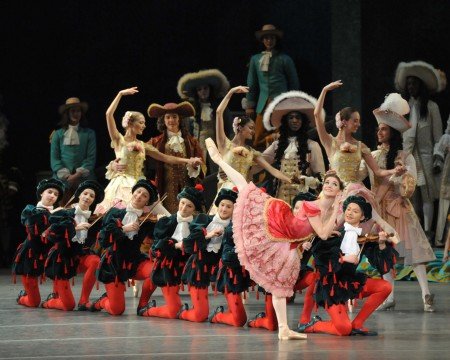 Regardless, I look forward to their future performances, whether management jumped the gun or not. It’s evidence of the commendable about-face that has occurred at ABT since the apparent demise of its counter-productive policy of awarding lead casting opportunities to a plethora of guest artists rather than offering them to their own company dancers who needed the exposure and experience and the opportunities for artistic growth. These promotions should all be celebrated. 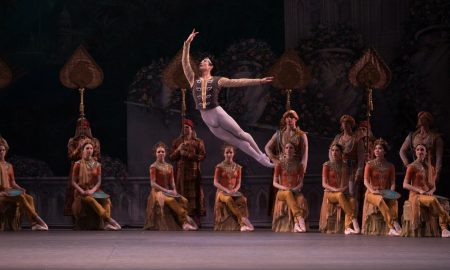 But ABT also, in effect, used the promotions as camouflage for removing artists from its roster: neither Stella Abrera nor Sarah Lane is presently listed as a Principal Dancer. 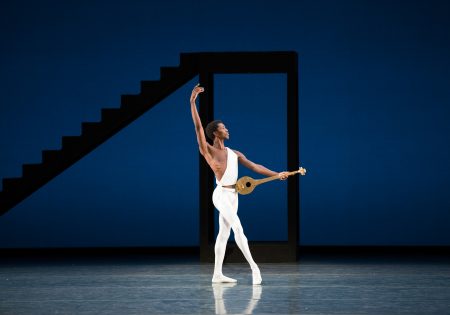 With respect to Abrera, this is not unexpected. She was scheduled to retire after the 2020 Met season, and was to have been given a “farewell” performance and celebration. That she never had the opportunities given to others until late in her career limited the number of memorable performances in leading roles that she had (although much of that, apparently, may have been due to injury); and although I would have preferred to have kept things as they were until that 2020 Met Season could actually take place (in 2021), presumably this was her decision. She may well be honored in some way in 2021 (assuming the 2021 Met season will move forward), as she was supposed to have been last season. 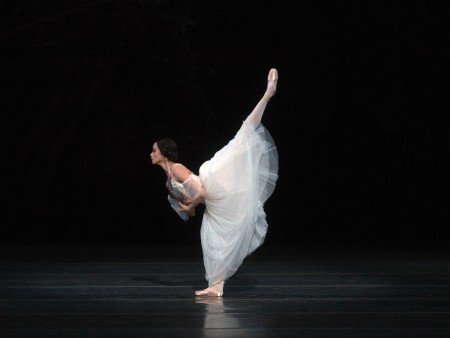 The situation with respect to Lane is far more disturbing. While her absence from the ABT roster may not be a surprise either given the company’s failure to promote her as it did others and the limited number of appearances she was to have in the Met 2020 Season (and while sudden “disappearances” are not something new to ABT or to other companies), in this case it appears to be without any reasonable basis.

At this point I feel the need to explain my purpose here. It’s not my intention to be a cheerleader for any individual dancer, or to try to promote one over another. Rather, it’s to call attention to what I perceive to be an injustice. Not to do so would, to me, be a breach of my obligations – not as a reviewer / critic for over 15 years, but as an avid balletomaniac for nearly 50 years, and as a human being. 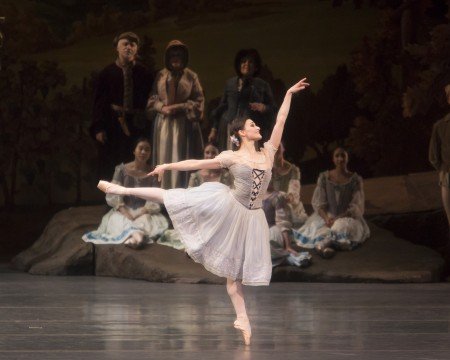 It should be manifest that Lane’s disappearance from the roster has nothing whatsoever to do with artistic merit. Among her other roles, her Giselle is the finest rendering ABT has had in decades, and her Manon during the Met 2019 Season was unexpectedly (at least to me) extraordinary. [And I’m aware that that’s not an isolated position; others have evaluated her performances similarly in each case.] Indeed, I suspect that her Manon paved the way, in Artistic Director Kevin McKenzie’s mind, for his finally casting her as Juliet for the 2020 Met Season.

Nor does it have to do with ABT’s financial situation: if it can survive the current crisis at all, and I’m sure it will, any financial hit by, say, having too many Principals, could have been avoided. Similarly, it does not have to do with casting limitations and the need to develop talent from within. While that’s necessary, that problem, even if it arose, is one that management itself created and also could have been avoided. For instance (and as just one example), where multiple company ballerinas are qualified to dance a coveted lead role, don’t further restrict those opportunities by offering certain dancers multiple performances in that role. Moreover, while I’ve regularly encouraged giving younger dancers casting opportunities in lead roles as a matter of appropriate forward-looking company practice rather than awarding them to more experienced dancers who have already had extensive experience in the role, this shouldn’t apply where the senior dancer has been denied the benefit of repeat role performing opportunities (and opportunities in new roles, such as Juliet), and who has years of professional growth remaining, as is the case with Lane.

It’s also certainly not due to any lack of commitment to the company. Lane has devoted her entire professional life to ABT, staying while many others confined to what I had at the time described as soloist purgatory departed, and repeatedly being assigned to (and successfully executing) non-leading roles that she’d  already appeared in for Met season after Met season. And while one expects members of a company to do what needs to be done for the benefit of the company, including satisfactorily executing “sudden substitution” appearances as situations may require, debuting in a career-defining role like Odette / Odile on short notice and with very limited rehearsal time – and delivering a miraculous performance to boot, as Lane did in 2017, seems above and beyond. [As was her appearance last year (2019) on even shorter notice as Odile – which, based on obvious audience reaction (I didn’t see it), was superbly delivered – in place of another ballerina who reportedly was too ill to execute that role.] 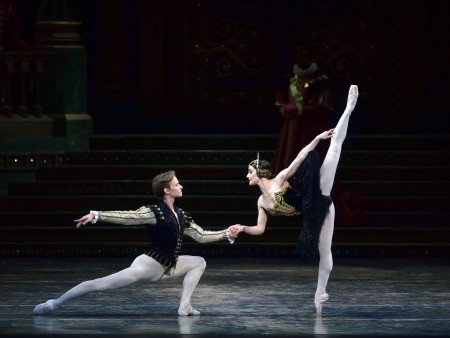 At this point, my inclination is to outline what little I know about what might have prompted this action (which did not come directly or indirectly from any of the parties presumably involved), and to dig for facts, based on publicly available information, that might offer an explanation. But it’s not my place to do that kind of exploration and analysis, especially since no one actually involved is talking about it. And that’s as it should be – silence (unless groundless and mean-spirited speculation and gossip make silence no longer tenable) by all parties is a sign of essential discretion, not some sort of admission, and is necessary to avoid further comments, whether true or not, that might exacerbate the situation or limit future opportunities (or reconsideration of erroneous decisions). While it seems clear that “something” happened following the Met 2019 season, I won’t speculate as to the details of what that “something” might have been.

That being said, it seems obvious at the very least that neither Lane (nor management) considered that whatever that “something” might have been made it impossible for her to continue as a Principal Dancer with the company: her performing excellence continued through the 2019 Koch Theater season and into the February, 2020 Kennedy Center season, long after “whatever happened” happened, with zero impact on the artistic product that ABT audiences saw on stage. And certainly other companies have dealt with situations involving a breakdown in interpersonal relations among certain company members (if that’s what “whatever happened” here concerns) while maintaining artistic opportunities for the dancer(s) involved and the integrity of the company as a whole. If that’s the “something” that happened here, there is no justifiable reason for this action to have been taken. Worse, it appears to represent a reprehensible denial of fundamental fairness and equal treatment.

It’s inevitable that after awhile any negative feelings about this will dissipate, that persons actually involved will move on, and that audiences will focus on ABT’s plethora of rising stars. As one who reviews performances and plans to continue to do so, I will as well. But I doubt I’ll forget. And as much as I look forward to witnessing the continuing success of its newly promoted dancers (as well as those, although not yet promoted, who have already displayed superlative performance qualities), as a member of the audience, I feel cheated.