There are only two dancers that I know of, through my long years of observing dance, who are so intensely focused when they take their daily company technique class, that they appear to be in their own bubble. One of these dancers is Gavin Larsen [a former PNB dancer and later an Oregon Ballet Theatre star] and the other, the subject of Marcie Sillman’s new book that profiles the career of Pacific Northwest Principal dancer, Jonathan Porretta.

This level and degree of intensity can be slightly intimidating — you don’t dare imagine penetrating the force field surrounding them, and is equally as impressive. You realize that this focus is what allows them to not only recharge and refresh but also gives them a kind of aura that surround and predicts their trajectory.

Not surprisingly, both are really nice people and a joy to be around. 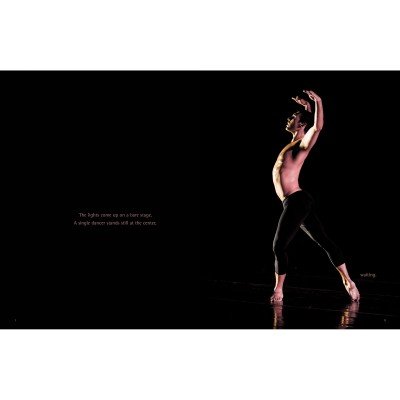 Interior image from “Out There:
Jonathan Porretta’s Life in Dance”
Photo Angela Sterling

Sillman and designer Rosie Gaynor have produced an impressive coffee table-like book  that is filled with photographs, mostly taken by PNB’s official photographer, and former dancer herself,  Angela Sterling, plus others from the Porretta family and friends personal collection.

This makes for a book that is easy and interesting to read and certainly beautiful to look at, while informing us of Porretta’s life and career story.

From being a small boy in a small New Jersey town to bursting onto the Seattle dance scene nearly 17 years ago, I enjoyed the snapshot text that well chronicles this path, as well as the often amazing photos that accompany the story. 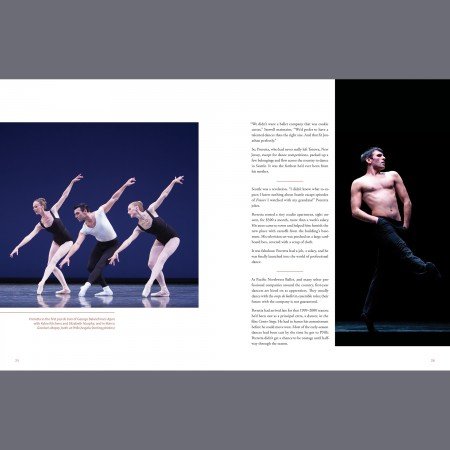 Interior image from “Out There:
Jonathan Porretta’s Life in Dance”
Photos Angela Sterling

I liked reading about his beginning in a small dance school, how he seriously  and successfully participated in dance competitions, his years of training at the School of American Ballet (SAB), and laughed out loud at his “audition” for PNB. This much told tale is great. Unaware that the suited gentleman observing him taking his technique class was PNB Artistic Director Kent Stowell, Porretta was messing around and having a bit of fun — making fouettées, finishing them on the floor in a Dying Swan pose. He was then chagrined to learn that it was Stowell, but in conversing with Stowell out in the hall, Stowell offered him a contract on the spot. Porretta began at PNB as an apprentice and soon his talent and work were rewarded with appropriate parts in ballets and promotions, eventually landing with the rank of Principal Dancer. 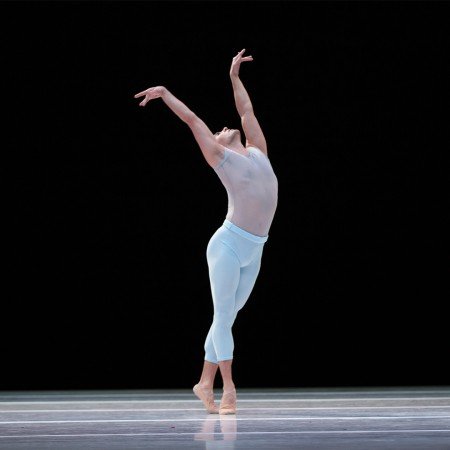 Porretta is a fearless and 100 percent performer and has lived his life accordingly — bravely, cheerfully, contributing his art and his great love of dancing to our stages.

Out There is one of those must-have books. The photos alone are worth it…and these added to the Sillman’s prose make for a dance book collector’s dream. 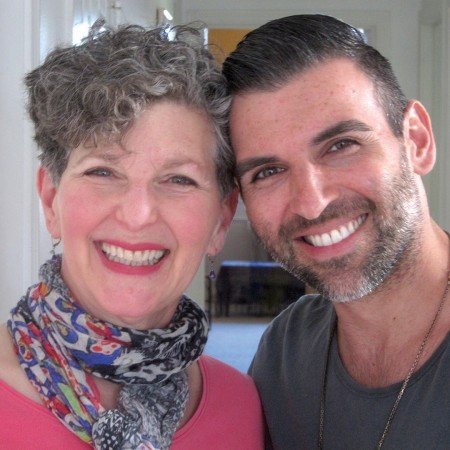 Out There:  Jonathan Porretta’s Life in Dance

A book by Marcie Sillman

Designed and Edited by Rosie Gaynor

Marcie Sillman has been covering the Seattle arts scene for 30-plus years. Her work is heard in Seattle on the NPR-affiliate KUOW FM, and has appeared in The Seattle Times, Crosscut, and on the Seattle Channel. Nationally, she reports for NPR and has written for Pointe and Dance Teacher magazines. She was the recipient of a National Endowment for the Arts fellowship in dance journalism in 2009. More of Sillman’s writing can be found on her blog, And Another Thing, at marciesillman.com.