On the fifth anniversary of the redesigned Boston Ballet Nutcracker, it was a pleasure to see that the production holds up so well. A few elements are not as effective as they might be; in the battle scene, for example, one keeps hoping the cavalry from the previous production would come riding in to give the proceedings more structure, but Robert Perdziola’s superb sets and costumes continue to dazzle. One might say something similar about the dancers’ performances; if everyone was not at the very top of their game, there were new artists whom it was a privilege to see for the first time and many veteran members of the company to appreciate yet again. Overall, the effect was certainly one of splendor. 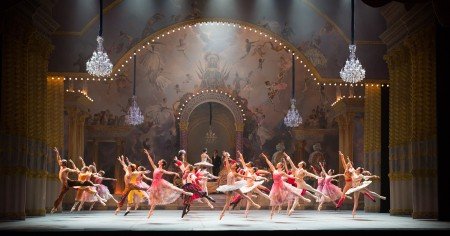 Petra Conti is a comparative veteran, and it was wonderful to see her come into her own in an excellent Arabian dance. Although she didn’t make as much of a connection with her partner, Sabi Varga, as she might have, she still created and sustained the sinuous character of the sequence in addition to conquering the gymnastic moves.

Ji Young Chae was so good as one of the odalisques in Le Corsaire that I was excited to see her in a more extended role, but I was disappointed. As Snow Queen she did not seem relaxed, so although she got into the overhead lifts well, it seemed as if she couldn’t wait to get out of them. The descent lacked control, and in general the performance felt hurried. She appeared to be worried that she’d fall behind the music, and this meant that each position did not receive the kind of attention that allows for eloquent phrasing. I’m sure it was just nerves, which is understandable since this is probably one of her first major roles with Boston Ballet. What’s needed is increased confidence; she already has exemplary technique.

Her partner, Junxiong Zhao, was impressive; he has such beautiful lines, feet, carriage, and airborne positions with feather-light landings. He may not be the most accomplished actor in the company, but Snow King is not particularly demanding in that respect. If he could manage to look a little more interested in his ballerina, it would add depth to all the roles he undertakes. 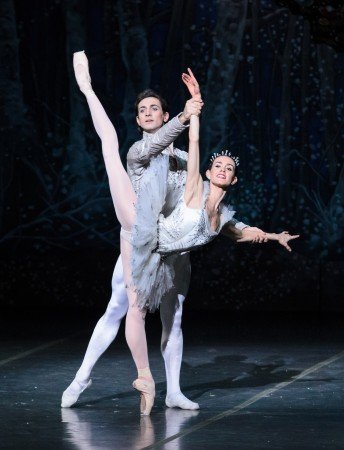 The Spanish dance lacked excitement. When the men don’t look like matadors (i.e., like Corella in Don Quixote), the whole thing does not succeed. It has to do with pulled up carriage, arched back, and downward glance into the bull’s eyes. Varga is always wonderful in this role, and Samivel Evans was a very convincing Spaniard last year. The two dancers in this performance did not sustain the illusion of being in the corrida de toros.

The Pastorale featured newcomer to Boston Ballet Mamuka Kikalishvili, who had buoyant entrechats, great stage presence, and an obvious pleasure in showing off his ballerinas. I look forward to seeing more of him. 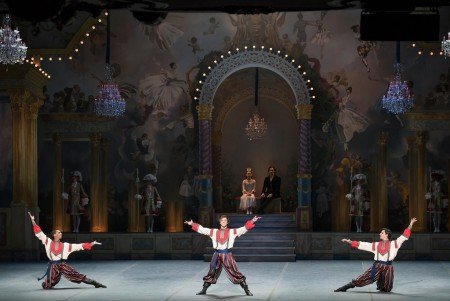 As lead Russian, Federico Fresi was a bit puzzling. He is, without doubt, a stupendous jumper, but somehow he didn’t seem very happy onstage. I missed the boyish enthusiasm of Isaac Akiba, who often performs this role. Fresi has monumental strength and technique, but the performance almost seemed like a classroom exercise. Where was the joy? I couldn’t feel it.

It was great to see Paulo Arrais back onstage as Clara’s godfather after a year-long absence due to an injury. The role of Drosselmeier was a good match for him at this point since it does not require much in the way of jumping or other strenuous moves. The bit of comic pantomime he engaged in with Varga, as Herr Silberhaus, when the latter scolded Drosselmeier for coming late to the party was especially charming. 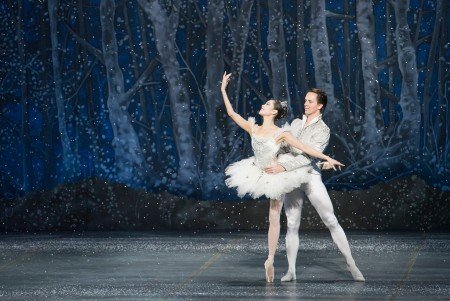 After first appearing as the dancing bear, Desean Taber returned as Mother Ginger, and what a glamorous creature she was. There was none of the cartoony, slapstick quality that many dancers bring to this role. Aside from looking gorgeous in the make-up and costume, Taber was as self-possessed and flirtatious as a person could possibly be while balanced on stilts and sporting an enormous skirt with a bunch of little French clowns inside.

Seo Hye Han was Dew Drop, and she seemed much more relaxed than when she played Medora in Le Corsaire. The lessened responsibility (Dew Drop not being a starring role) no doubt contributed to an appearance of increased security. She has lovely port de bras and was an accomplished leader of the “Waltz of the Flowers” ladies. If her transitions were sometimes less than perfect, it’s probably only a matter of time before she turns her attention to that aspect of her technique. 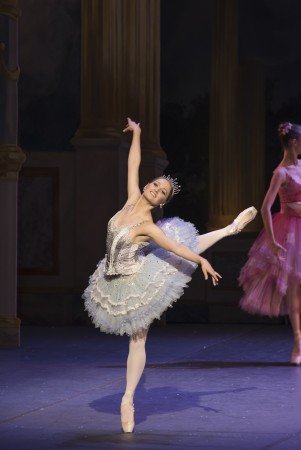 As Sugarplum Ashley Ellis reminded me of something I read in Choura: the Memoirs of Alexandra Danilova about musicality. “Without it [dancers] are nothing. Their timing must be perfection, the dancing right on the music, and only then can they give the impression of interpreting the music,” Danilova explained. In this performance I found myself focusing on the way Ellis punctuates and underscores the sound produced in the pit. From judiciously placed hand flips, to arm movements in the variation that built steadily to a magnificent crescendo, to phrasing that consistently offered the kind of interpretation that Danilova described, Ellis became one of the instruments bringing Tchaikovsky’s score to life.

Lasha Khozashvili as her partner, the Nutcracker cavalier, displayed rock-solid technique. He’s a big man whose jumps hang in the air, allowing one to fully appreciate his positions before he lands. His size also enhances his ability to showcase the ballerina. In the overhead lifts Ellis was able to be completely at ease at least in part because of his strength and reliability. 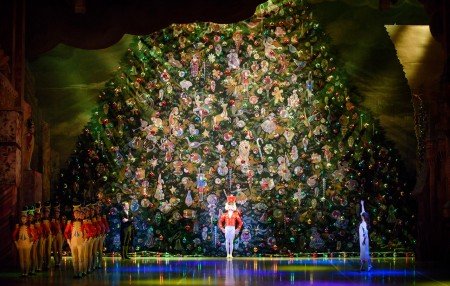 At the end of Choura, Danilova wrote, “A great dancer has something extra – I think it’s personality…. She is somebody you notice … because she has about her dancing what I call perfume, something that caresses you.” In watching Ellis’s Sugarplum I was particularly struck by her relationship with the audience, the connection she creates through the joy of her stage presence. After spinning around in a supported turn, she would face the audience with a radiant smile, and one felt as if she were saying, “I left you for a moment, but now I’m back. Isn’t this glorious fun?!” Who could resist that kind of “caress,” as Danilova put it? Not I.