Seeing another cast of The Sleeping Beauty prompted the writing of a second review — mostly to recognize the outstanding performance of Dusty Button as the Lilac Fairy. I have seen her in various other productions, but always felt that her affinity lay with contemporary roles. In The Sleeping Beauty, however, she came into her own as a classical dancer, and it was a major achievement. 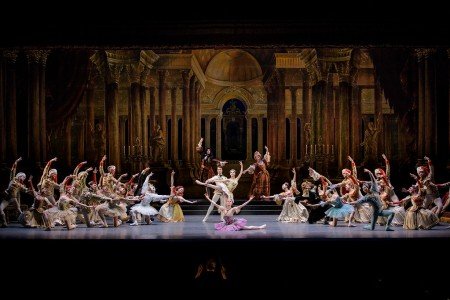 When the Lilac Fairy first appears in the Prologue, she goes on pointe and swings one leg up and over in a huge arc. Button stretched out that movement so that it had real weight and announced not only her presence, but also her power. It was an object lesson in how to act through technique; the Lilac Fairy is no ordinary sprite, after all, she represents one of the two opposing forces in the ballet. As Tchaikovsky’s invocation of the Lilac Fairy and Carabosse leitmotifs in the overture shows, the contrast between the two is the central point on which the story pivots. 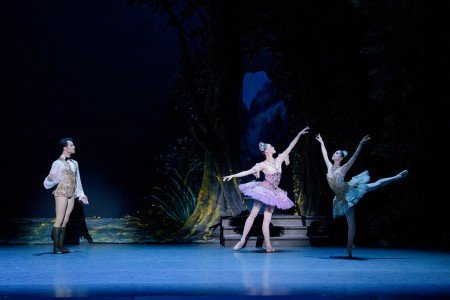 That contrast is most strongly felt in the Prologue when, after Carabosse pronounces Aurora’s doom, the Lilac Fairy comes forward and mimes, “No, she will NOT die.” Button made that moment thrilling. In taking a stand against the malevolence of Carabosse, the Lilac Fairy showed both courage and strength.

Such was Button’s commitment to the role that in the course of the ballet I came to believe that the Lilac Fairy represents the presence of spiritual grace in the world. At one point when she and Carabosse stood together onstage, the lighting on the latter’s face gave it a greenish hue while the Lilac Fairy was bathed in white light. It recalled the two witches in Wicked and the notion that grace works by changing for the better and for good. Button made the benevolence of the Lilac Fairy felt in every position and gesture. It was a tour de force. 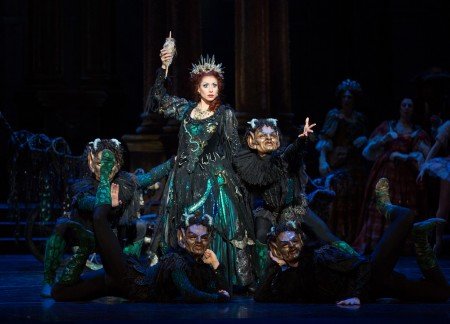 A strong Lilac Fairy needs a worthy adversary, and Button was fortunate to have one in Erica Cornejo, whose Carabosse is, as far as I’m concerned, definitive. The way she opened her eyes to three times their normal size to indicate her volcanic rage, the way she rolled her shoulders when bowing to the king and queen to show that she was not at all cowed by their majesty, her sarcastic imitation of the Songbird and Crystal Fountain Fairies, the viciousness of her laugh – it was all perfectly realized. Cornejo is retiring after this season, but one hopes she’ll return for future productions of The Sleeping Beauty to give us another bracing dose of evil incarnate. 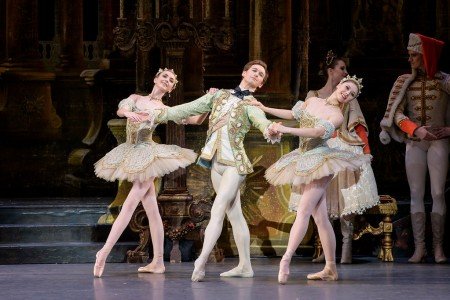 As Aurora, Misa Kuranaga was beautiful as always, but emotionally inscrutable. In Act I, for example, there was no sense that, in Sondheim’s words, “something’s coming.” In Act II, when she froze in place and then returned to life, it was unclear what she came back for or to. There were some touching moments such as when, after pricking her finger, she wondered what had happened to her and turned to her mother for consolation, and in Act III the look she gave the prince when she first awakened was nicely calibrated, being both loving and a little confused. Other than that, one had to be satisfied with appreciating her impeccable lines and positions, floating port de bras, and refined athleticism.

Paulo Arrais’s Prince Desire was an arresting presence, primarily because of the fierce intelligence that shone through his eyes. In his Act II variation one could see him thinking about love and life (not how he was going to get through the solo), and he showed admirable control in making one position bloom organically out of another. The Act III variations displayed real technical mastery as did his partnering, which featured rock-solid lifts and fish dives. 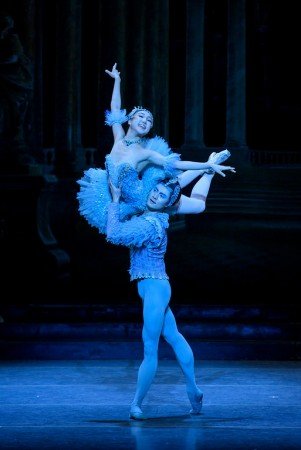 Junxiong Zhao was simply astonishing as the Bluebird. His first few positions in the air — the height he achieved and the perfection of his placement — literally took my breath away. Ji Young Chae was a charming Princess Florine, but the pas de deux belonged to Zhao.

With his buoyant and confident technique, Patrick Yocum was a gallant partner in the Act III pas de trois, happy to be onstage and to show off his ballerinas. Rie Ichikawa made a delightfully flirtatious white cat, with Lawrence Rines’s Puss in Boots egging her on to further displays of feline pugnaciousness. Nina Matiashvili was touching as the lost Red Riding Hood pursued by Desean Taber as the rapacious wolf.

Overall, this was a strong cast that elevated The Sleeping Beauty from children’s fairy tale to adult drama of love and death.