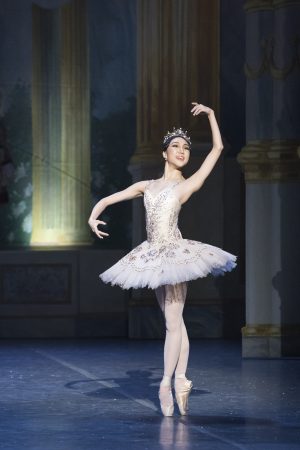 No plot informs either the Sugar Plum Fairy or Snow Queen, but the roles have what ballet master (and former principal ballerina) Larissa Ponomarenko refers to as a “spirituality” that connects us to our deepest aspirations. Despite the lack of a personal story like those of Aurora in Sleeping Beauty, Coppélia, or Giselle, Chae and Ellis managed to present emotionally three-dimensional characters, who personify a joy beyond words. By that I don’t mean an easy, superficial happiness, but something so profound that it questions the essentially tragic nature of human existence.

As participants in a romantic pas de deux, these characters are usually seen as modeling the mature love that is the goal of Clara’s future emotional life. Perhaps because neither Ellis nor Chae had any special chemistry with their cavaliers, it seemed as if their ties to Clara took center stage (so to speak). In essence, they said to Clara (and to us): “Look at the exquisite shapes I’m creating. They represent not only the beauty, tranquility, and transcendence you can achieve in life but also the consolations of art in the face of mortality and, ultimately, defiance of death itself.” It was as if they were embodying the words of John Donne: “Death be not proud/Though some have called thee Mighty and Dreadful, for thou art not so.” Only the greatest dancers – and other artists — deliver that message. 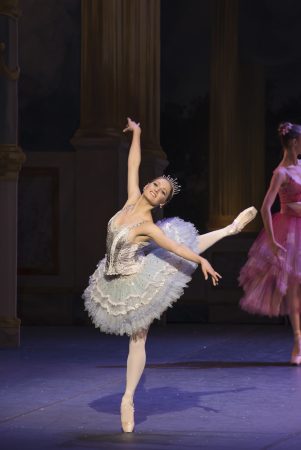 The idea that the Snow Queen was communicating with Clara, in much the same way that the fairies of Sleeping Beauty address themselves to baby Aurora when presenting their gifts, seemed like a new twist on the role. It made sense because, in this production at least, Clara is onstage when the Snow Queen and King first appear, so the relationship between the two female characters is established. Chae seemed to radiate an awareness that the Snow Queen was, in some sense, Clara’s teacher and benefactor.

The Sugar Plum Fairy’s maternal and mentoring relationship with Clara is more obvious. In the beginning of Act 2, they dance together, with Clara imitating the Sugar Plum Fairy’s moves. Later, the Sugar Plum Fairy places a crown on Clara’s head in what amounts to a blessing pronounced by an established ballerina upon a potential rising star. At this point It should be noted that Mia Steedle (December 21), a member of Boston Ballet II, and second soloist Chisako Oga (November 30), a newcomer to the company, were both notably refined Claras. In addition to their connection with the junior star, Chae and Ellis also shared an intense musicality, although their personalities are different. 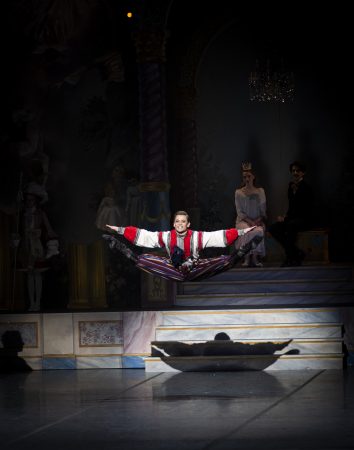 Chae likes to punch her accents, whether using her hands or feet to make a musical point. Ellis uses hand flips (judiciously) and other means of emphasis, but in a gentler way. Chae demands that we pay attention, which often makes her thrilling to watch, while Ellis invites us to appreciate her subtlety and lyricism, and the audience is only too happy to fall under her spell.

Also deserving of mention was Derek Dunn as Snow King (December 27). Like Ellis and Chae, he personified the notion of escape from human limitation. The placement of his head, the line of his neck, the extraordinary height and hang-time of his leaps, the exceptional lyricism that seems to belong to him alone – it was all overwhelming.

The performances of these three dancers allowed the audience, however temporarily, to glimpse something simultaneously human and imperishable: a contradiction in terms. That fleeting intimation of immortality was the true holiday miracle of this Nutcracker season.