Dance Salad Festival 2019 offered a tantalising taste of the multifarious world of dance and this year scored with excerpts from Alexander Ekman’s COW and Marcos Morau’s Carmen, two of the most inventive and inspired choreographers around. The dance companies hailed from Italy, Germany, Finland, Denmark and the USA and the nationalities of the dancers covered an even wider spectrum. There was drama, mystery, passion and a healthy dose of comedy delivered by dancers who cover an amazing range of talent.

Mopey, choreographed by Marco Goecke, and danced by Sokvannara Sar, was an electric opener on each evening. A study in neurosis, tinged with madness and laced with humour, it is a tour de force for Sar who has lived with this work for many years and understands its nuances and twists like the foibles of a long-loved partner. 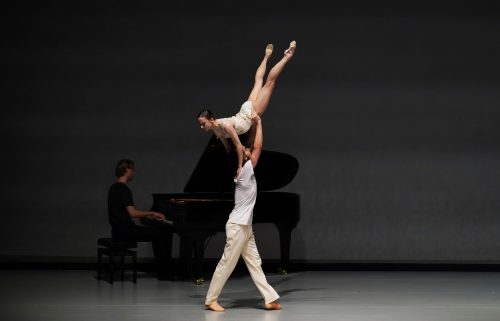 The four duets featured interesting partnerships. Maria Kochetkova and Sebastian Kloborg danced a finely tuned Bach duet from William Forsythe’s New Suite, but it was in Benjamin Millepied’s Closer that emotion flowered. Philip Glass’s insistent tingling music of irregular phrasing provoked unexpected pauses in the choreography followed by surging passion. Kochetkova is a remarkable talent becoming something so perfect and fragile in the lyrical moments where her qualities are sensitively balanced by Kloborg’s strength.

Victor Ullate’s De Triana a Sevilla brought the essence of Spain in fine performances from Ashley Bouder and Joaquin De Luz. It had the fiery passions and intensity of true Flamenco and all the more impressive for being danced in soft shoes in a contemporary style. De Luz, who will be the new Artistic Director of Compañía Nacional de Danza in Madrid from September 2019, has a presence that dominates utterly, complemented by Bouder’s sinuous fluidity. 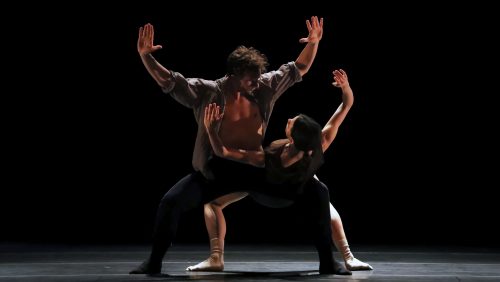 Kristian Lever was the new kid on the block. In his Unravel, a complex duet of uncertain relationships, he showed an inherent skill in linking emotion to movement. Danish dancers, Stephanie Chen Gundorph and Tobias Praetorius, articulated each nuance where a touch or glance could draw them closer or lead to rejection. Ravel’s Pavane, sensitively played by Niklas Walentin, violin, and Alexander McKenzie, piano, contrasted in mood and added basenotes to this complex, layered duet.

Spellbound Contemporary Ballet from Rome are frequent visitors to DSF, and this year were joined by founder/ choreographer Mauro Astolfi. Full Moon is a mysterious and magical work brought to life by his nine dancers whose technical ability is matched by their dramatic skills. The multi-faceted moon with the power to shift oceans is present in so much folklore. The full moon is said to bring out latent animal instincts and Astolfi uses the potent image and cry of the wolf to good effect. No image is explicit, rather a naked body is caught in a shaft of moonlight or two figures are entwined but impossible to identify. Sometimes the women seem the more predatory, communities seem tight knit, but all are not welcomed. It is as insubstantial as the moon herself. The company are outstanding in their ability to define and detail Astolfi’s layered movements that place huge technical demands on the dancers. There is so much richness in this work that it takes repeated viewings to get into the heart of the matter. 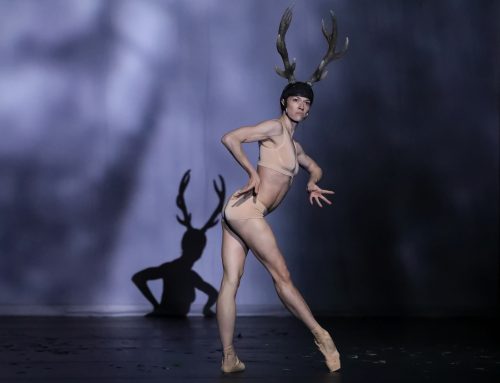 Alexander Ekman’s COW is a full evening spectacular and the curation for DSF is reduced to the essence in a film of bovine rumination and an athletic solo danced by Courtney Richardson. There is a heavy dose of irony in the philosophical enquiry by Christian Bausch, the creator of the eponymous role, as he gets into character. He is filmed crawling across the rehearsal room in Dresden perfecting the loose swayback gait of a cow or out on the field eyeballing the real thing, in a moment of bovine bonding. Later, Bausch grazing on the banks of the Elbe, meets Richardson as a bathing elk. It’s back to reality as she jetés across the stage to mark her territory. A goddess form, complete with antlers, she has every muscle honed and every sense alert befitting a creature of the wild. Well earthed, and boosted with a healthy dose of Ekman humour, it’s a winning combination.

Marcos Morau’s Carmen is more complex than Mérimée’s novella ever imagined. The curated vignettes capture the character in vivid technicolour and the costumes are themselves a theatrical event. It opens on a film set, as Ida Praetorius, sporting a magnificent hat, eyes the paparazzi through a fringe of beads. The camera men prove to be a natty dance duo before they are interrupted by Kizzy Matiakis, a second Carmen in prissy blouse and lavish skirt whose body is manipulated in an extraordinarily doll-like manner. A third visitation sees Praetorius, now in pink frills serenaded by toreador, Sebastian Kloborg, in blue satin frills and two-toned shoes. This spicy snippet of potent images and smart choreography is a moreish appetiser and I long to see the whole ballet which proved both highly controversial and a sold-out success in Copenhagen. 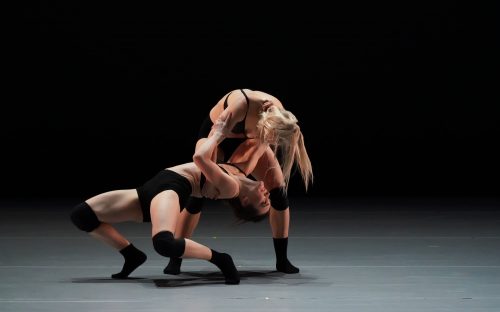 Susanne Leinonen’s Shame/less injected a powerful Nordic ethos. It seemed in order that Finland, a leader in gender equality, should produce the strongest statement on the subject. As the costumes, all variations on bra and knickers, dispense with scraps of tulle and organza, shift from pink to black and end with a sturdy uniform two piece plus knee pads adding the urban appeal. Leinonen is a choreographer who perfectly understands her craft. Her piece, boosted by startling theatrical effects in lights, sound and inventive graphics, is presented by a committed team of five women and held attention throughout. The striking image of a woman her hair a cascade of long black hair streaming over her face added a startling weirdness. Finding equality through anger and aggression is not one that has personal appeal, but It is an interesting theme. 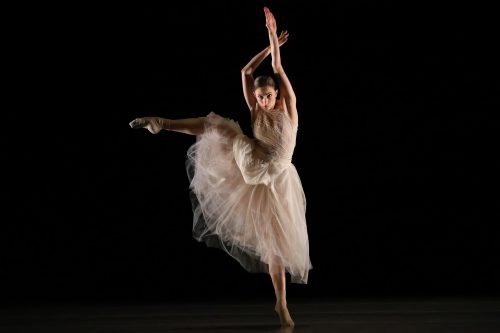 Donlon Dance Collective, from Berlin presented Marguerite Donlon’s Strokes through the Tail that closed each evening with a ripple of laughter. One tulle-clad ballerina and five suited men engage in a witty parody of ballet in a celebration of cross dressing constructed on a base of brilliant dance. There is something about the unpretentious flow of Donlon’s dance language, spiced with humour and seasoned with deep wisdom that makes it both unique and appealing. In a world packed with almost good ideas, this work of laser focused comedy and fresh minted moves, hits the spot. I can’t think of a better work to send an audience home happy.