It is a moment that ballet and dance enthusiasts know well. A lone bassoon navigates a slow lilting melodic line, one replete with broken triads and sustained fermatas. Other instruments layer in, the mood begins to shift, and a pulsing urgency takes over. This is the beginning of Rite of Spring.

A consummate masterwork, Rite of Spring premiered over a hundred years ago, composed by Igor Stravinsky, choreographed by Vaslav Nijinsky, and first performed by Serge Diaghilev’s Ballet Russes. While the ballet had a famously rocky beginning, Rite of Spring was able to persevere and thrive, and today, is still ever present in the artistic zeitgeist, breeding creativity. From its structural framework to its marriage of movement and sound to its challenging narrative of community, ritual, and sacrifice, the work continues to inspire and provoke dancemakers, artists, musicians, and audiences. When the centennial anniversary of the ballet was marked a few years back, version upon version unfolded on stages around the world. In the San Francisco/Bay Area alone, I saw four different interpretations in 2013 – Bill T. Jones/Arnie Zane Dance Company, Mark Morris Dance Group, San Francisco Ballet, and Labayen Dance/SF. But after that big year, Rite of Spring seemed ready for a bit of a break. This summer, the hiatus ends with a new production at Burning Man.

On Wednesday, August 30th at sunset, the Playa Players Collective welcomes Rite of Spring to Nevada’s Black Rock Desert, the magical space that Burning Man calls home for a week every summer. With creative direction by Courtney Wise, musical direction by Brad Hogarth, choreography by Robert Dekkers, a thirty-five-member orchestra, and a large ensemble cast of dancers/performers, the evening-length work will come to life for one night as the mountains in the distance provide a natural cyclorama. And it will be an evening of debuts. Not only will it be the first time that Rite of Spring has ever been done at Burning Man, but it will also be the first professional orchestra appearance and the first performance for the Playa Players Collective.

“A major focus at Burning Man is the sharing of visual art, and while there is some live performance each year, it felt a like a large-scale outlet for the performing arts was missing,” explains Dekkers, “the Playa Players Collective has hopes of filling that void, with a long-term goal of bringing performance to Burning Man every other year.” Rite of Spring is certainly a gutsy first project for the Collective, but it makes perfect sense considering Burning Man’s 2017 theme. “This year’s theme is ‘Radical Ritual,’ and to me, that is the definition of this dance,” Dekkers says.

Indeed. And I think many Rite of Spring viewers would agree that ‘Radical Ritual’ is an apt phrase to describe the ballet. In the Playa Players Collective version, folks can expect to be fully immersed in that charged narrative, and the approach that Dekkers and the creative team are taking in constructing the work is also steeped with its own hearty dose of radical-ness. 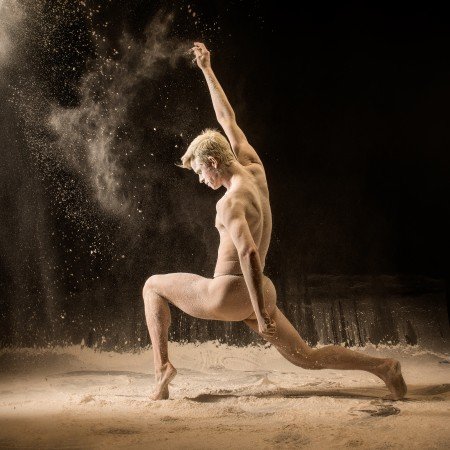 As with any creative endeavor he pursues as Artistic Director of Post:Ballet, Resident Choreographer at Diablo Ballet, or Artistic Director of Berkeley Ballet Theater, Dekkers is keen to put a unique fingerprint on this Rite of Spring. Upending the gender norms in the ballet is one of his radical throughlines. “Socially-prescribed gender roles are something I push against in much of my work, so it seemed natural to explore them in Rite of Spring,” Dekkers shares, “I hope that by reversing the traditional gender roles in this work, we’ll awaken something in people’s brains, challenge default worlds, and shed light on ways that we as a society can evolve and be more whole.” To that end, this Rite of Spring proffers a matriarchal society with a ruling “Matriarch Divine” and two tribes that are also led by women – “the piece picks up as the two tribes are breaching war, and just as the conflict escalates, the men of the tribe are summoned for the Rite. One of the men is selected as the ‘chosen one,’ and after the sacrificial Rite occurs, peace is restored between the two tribes.” Dance artists and collaborators from Post:Ballet will take on these primary roles: Jan Berletti as the Matriarch Divine, Rachel Coats and Jackie McConnell as the two tribal leaders (Naiad and Dryad), and Christian Squires (who Dekkers married at Burning Man) as the sacrificial soul. They will be joined by a host of dancers, movers, fire spinners, a contortionist, and an aerialist, clearly extending the work beyond a dance piece and more towards performance art. 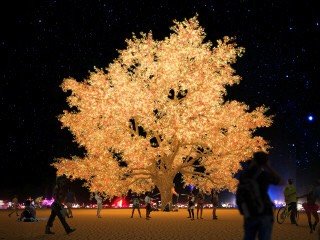 And of course, with this being Burning Man, visual art is also playing an integral part in the work. Central to most Rite of Spring productions is a tree, or a tree-like entity. Coincidentally, a group of interdisciplinary artists were preparing a new piece for Burning Man 2017 titled the Tree of Ténéré, a mammoth art installation structure with lights and sound. “When we announced the Collective’s Rite of Spring, the Tree of Ténéré artists reached out to us and asked if we would be interested in presenting the performance around the Tree,” recounts Dekkers. Another piece of the puzzle was in place – coincidence maybe, but perhaps a little bit of fate or some other force at play…

In addition to being perfectly aligned with this year’s chosen ‘Radical Ritual’ theme, many other parallels can be drawn between Rite of Spring and the spirit of Burning Man. Paramount for Dekkers is the sense of community that the two have in common, “in both Rite of Spring and at Burning Man, we see a group of people come together and create their own rituals as they develop into a society. Raw emotions and natural instincts evolve into a societal construct over time, just as they have in our ‘default world.’” There is also a connection between how the Collective’s construction/presentation of this work reflects the ethos of Burning Man. “Much of the artwork presented there is burned throughout the week. It is ephemeral and only exists for a moment in time,” he describes, “live dance and music are just like this, and with our one-night Rite of Spring, once it is over, all that will be left is the memory and the echo.”

A third deep link between this project and Burning Man is the opportunity to ‘let go.’ Dekkers recalls being struck by this on his very first visit to Burning Man a number of years back. “What really impressed upon me was that for this one magical week, radical self-reliance and a gifting society came together, where there were no expectations and no transactions, only opportunities for a connective experience.” Creating site-specific work, especially out-of-doors, can also present similarly unexpected opportunities and surprises. “Because of the environment and the setting, we really won’t know what the piece will ultimately look like until the night of the show,” he adds, “it will be out of our hands, a time to let go, respond to nature, say yes, and let what will happen, happen.”

And the time to find out what will happen is rapidly approaching. With less than a month to go before the Playa Players Collective offer Rite of Spring at Burning Man 2017, Dekkers is not only putting the finishing touches on the choreographic parts of the production, but also focusing on what the work may impart to audiences and participants. “For my own artistic growth, I’m excited to see how this experience will impact my creative voice moving forward,” Dekkers relays, “and on a larger scale, I hope that this performance inspires people to create, to feel empowered to explore their own artistic voice, and to highlight a sense of community, not only in the Rite of Spring story, but also in the collaborating artists’ journey. It’s proof that by coming together, we can create our own reality – we can build community wherever we are.”

For more information about the Player Playa’s Collective, visit https://www.playaplayers.com/