Cut to the chase. Eryc Taylor Dance’s Unchartered Territory: Dancers in Isolation is very good. The film is a succinct visualization of Covid-19’s impact on dancers, but it’s universally applicable, and its message is clearly and powerfully delivered. It’s scheduled to be available for streaming on demand through March 28, 2021. See it.

Bulletin: The on demand screening of Eryc Taylor Dance’s Unchartered Territory: Dancers in Isolation has been extended until April 5.

Now for the details

As readers are provided with various accounts of dancers who have triumphed in spite of Covid-19 restrictions, and as these restrictions finally appear to be lifting, it’s easy to get a jaundiced view that what people – especially performing artists, and particularly dancers – had to endure during the pandemic is not really so bad. Dance is still fodder for regular media analysis, and artists with name recognition and connections can still find ways to keep their talent out there. There’s nothing wrong with that, but it only tells part of the pandemic story. 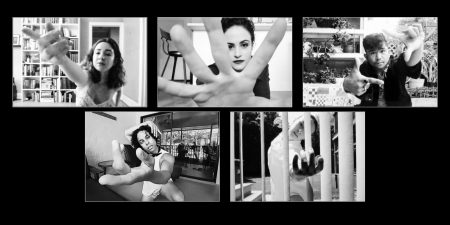 As we all know but sometimes forget, these stories of success in the face of adversity represent only the peak of a mountain of people who’ve struggled mightily during the pandemic not just to survive, but to do what they feel compelled to do. For all, this pandemic has been devastating. Even as to those dancers (and others) who’ve overcome the initial adversity, it took many months for them to find substitute outlets.

Unchartered Territory: Dancers in Isolation is a collection of five short film episodes, each of which focuses on one person, one dancer, in their environments (homes, backyards, neighborhoods). Make no mistake, however: this is not a recording of dancers in their kitchens doing a makeshift barre, or a Tik Toc-enabled comically-clever piece of dance theater. Rather, it documents the agony, the frustration, the loss, and the sense of helplessness that the pandemic has produced, and crystalizes it.

But even though it looks it most of the time, it’s not a documentary.  I’m not a film expert, but Unchartered Territory: Dancers in Isolation is a polished creation, or recreation, of Covid 19’s individual impact that was planned and executed to look like enhanced cinema vérité. That is, while certain segments may have been ad-libbed and while the overall “look” is raw, it’s the product of lengthy planning and deliberation that began a year ago and lasted until the film’s premiere a few days ago, and includes visual “tricks” (e.g. overlapping images) that capture the sense of never-ending repetition, of continuation, of one day merging into another, that this pandemic has produced. The impact is like being repeatedly punched in the gut but with no knockout punch: the hits just keep on coming. 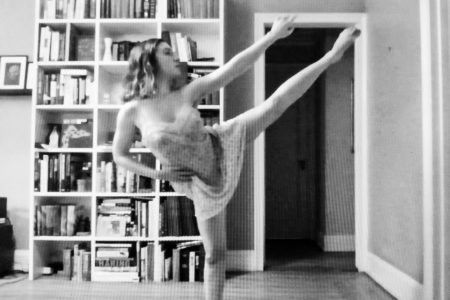 Each of the five dancers (in program order: Taylor Ennen, AJ Guevara, Alex Tenreiro Theis, Chris Bell, and Nicole Baker) reportedly recorded themselves and selected the camera angles, all under Taylor’s direction and that of the film’s “lead photographer / documentarian” Shannel Resto. [Taylor created a system – which he calls an “Intricate Movement and Expression Chart” – upon which the performances and film are based, that randomizes movements, dynamics, and emotions to generate choreography sequence through chance. I have no idea how that works, but it apparently is the methodology upon which the performances and film are based.]

The piece was masterfully edited by filmmaker Benny Krown in a way that makes it look like it wasn’t masterfully edited. However, most miraculous to me is the score. Specifically commissioned by ETD and created by Daniel Tobias, ETD’s composer in residence, the music is more than simply background music, but it doesn’t get in the way. On the contrary, the music both reflects the action and moves it forward, and, if nothing else, adds a sense of professionalism to something that’s not supposed to look that way. 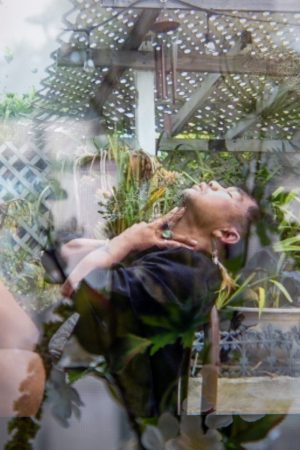 The five filmed “movements,” each of which runs around five minutes, give or take, are separate, but of course related. Each is given a title that reflects a consequence of the pandemic: “Solitude,” “In Memoriam,” “Meltdown,” “Manhunt,” and “Compulsion.” Although there’s considerable emotional overlap among the five, each delivers exactly what its title describes.

Most critical to the success of the film is the first segment: if it doesn’t work, the film could lose its audience. After some initial moments of wondering where this was going, it finally seeped into my mind that it wasn’t going anywhere, which is part of the point. Between Ennen’s vivid desperation, the filming and editing, and the music, I was hooked. The second movement, memorializing the loss of a cherished relative to Covid-19, took longer to evolve because at first I didn’t understand what Guevara was specifically doing and there was little in the way of emoting  – although the segment’s theme itself was obvious. I soon did, and the limited acting range made the segment all the more believable. The third and fifth segments were very similar in their searing impact to the first, but Theis and Baker expressed themselves with sufficient differentiation to make their emotions clearly match each segment’s title. The most difficult segment for me was the fourth. It is intended to reflect the loneliness of Bell’s character as he hunts for a sexual partner when human contact is virtually impossible. You have to dig to find the loneliness, but it’s there, and in the end the sense of dogged determination in the face of continuing failure prevails. It’s more visually diffuse than the other segments, but that’s part of what the segment is intended to describe. He’s looking for physical contact, not a virtual pen-pal. 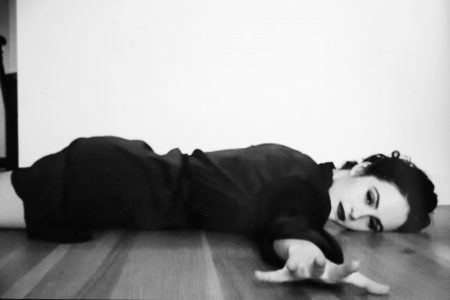 My concerns about Unchartered Territory: Dancers in Isolation are minimal, and more in the form of observations than criticism. First, the continuing negativity, although part and parcel of the pandemic’s impact being visualized, can grow tiring, even where the filmed segments and the overall film itself are brief. There comes a tipping point when a viewer says, “enough already.” I started to feel this by the fourth segment. However, I think the film’s creative team was well aware of that, and cut the film, and each of its parts, as much as they could without diminishing the impact of each.

Also, there appears to be an intention here to explicitly universalize the experience even when universality is implicit. At least in a preliminary release, each segment’s character is specified, and has no relationship to dance: e.g., Ennen’s character is “Spencer,” Guevara’s is “Ivan,” Theis is “Dani, a young attorney who lost her job,” and Baker plays “a nurse.” Doing this is unnecessary, and a distraction – and maybe this was recognized and abandoned in the final version of the film that I saw, which included no references to such specific non-dance labeling. Of course the pandemic’s crushing experiences are universal, and while attempting to dance in solitude is dance-specific, the emotional impact of not being able to do what one is trained to do, or had routinely done PC (Pre-Covid), is fungible.

What’s more important to me is the fact that most everyone on this project appears to be a dancer or someone with a dance background (as I recall, the dancers are all affiliated with ETD); and the film is further illustration of what dancer/actors and dancer/filmmakers are capable of producing, even on what looks (intentionally) to be an elementary level. Far from being underplayed, this should be emphasized and celebrated.

As of this writing, on demand screenings of Eryc Taylor Dance’s Unchartered Territory: Dancers in Isolation will end on March 28 (but has now been extended until April 5). Here’s the link:  https://www.youtube.com/watch?v=CDmRgjvZ1Ks    If the link doesn’t work, or for more information, check https://etd.nyc/  .

FJK Dance: Midnight at the Oasis

James Cousins Company: We Are as Gods