I’ve been visiting Estonia for 15 years and this is the first time during that period that Giselle has been in the repertoire. One of the oldest ballets still regularly performed today, like many others I have always considered it one of the great art works of the 19th C.

After some 30 years dancing in Giselle and gaining valuable insights from Fokine, Karsavina and others, Mary Skeaping, one of the most significant ballet historians of the 20th C, staged a production for The Royal Swedish Ballet in 1953. No record of the original choreography has been found, so it’s impossible to disentangle the contributions of the first choreographers, Jean Coralli and Jules Perrot, from Marius Petipa’s later version. However, Skeaping was able to refer to early piano reductions of the score and eventually obtained the full Paris orchestration of 1841, As a result, she restored several sections of music, using her own choreography and much of the discarded mime sequences. Her staging has become one of the most loved versions and has featured in English National Ballet’s repertoire for several decades, and UK audiences delighted to see Toomas Edur and Age Oks (Agnes Oakes when she was in ENB) in the principal roles. Thus it came as no surprise that this was the production Edur selected to bring Giselle back into the Estonian Ballet’s repertoire. 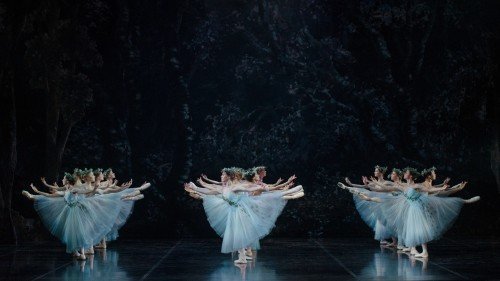 The Estonian Opera House is one of the smallest in Europe and its compact stage regularly causes problems for productions created elsewhere and Skeaping’s Giselle is no exception. There were times when long diagonals came precariously close to the edge of the stage. But in my view there are great compensations as the intimacy of the bijou theatre with excellent sight lines magnifies the already great emotional intensity of Giselle.

For the premiere, Alena Shkatula and Denis Klimuk took the lead roles and soon established a strong partnership. Shkatula was able to bring humour to the opening scenes and as always her dancing was of the highest order. Her love for Albrecht was well expressed and in the final scene of Act I she created a disturbing image of a young woman driven to madness. Hilarion, who must surely have the rawest of deals in classical ballet – trying to unearth the deception of the woman he loves and dying at the hands of the Wilis – was well played by Anatoli Arhangelski with a mix of affection and anger. The villagers executed Skeaping’s enjoyable patterns to a high standard and in the peasant pas de deux, I was impressed by Eneko Amoros, who successfully projected the joy of a villager at the time of the harvest celebration with high jumps and batterie.

In the magical Act II, we initially see another Skeaping restoration – a group of villagers playing cards in the forest before they are chased away, perhaps to their deaths, by the Wilis. Elisabetta Formento brought the demanding role of Myrtha, the Queen of the Wilis, to life with precise steps and an imperious attitude, while Shkatula and Klimuk captured the sadness and longing of their ill-fated love. Klimuk is well suited to this danseur noble role and in this work the elegance of his dancing reached new highs. 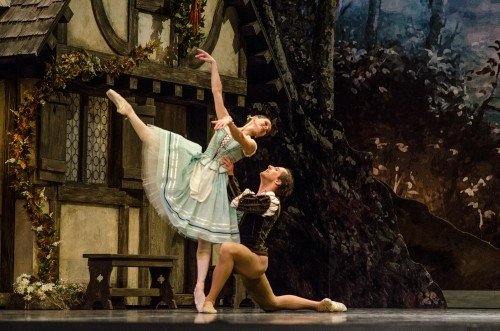 Two nights later, I saw another cast, which also succeeded in breathing fresh life into this classic. Luana Georg and Sergei Upkin established a more natural style to their courting in Act I, which helped to make the relationship believable. They are both consummate actors and have the advantage that their well matched shorter heights fit the small stage effectively. If a little tense at the start, Georg was at her best in the heart breaking final scene with Upkin convincing in his anger and guilt as his deception is revealed and destroys his sweetheart. Nanae Marayuma and Zachary Roberts were excellent in the joyous peasant pas de deux and Marita Weinrank was a scary Myrtha.

At the end of both performances, the audience gave the dancers rapturous applause and I am confident that this production of Giselle will become a mainstay of the Estonian Ballet repertoire.