Preview – Festivities and Fundraisers: Song and Dance; Ice and Pop-Ups

Keeping track of everything that’s happening, both online and off, as pandemic concerns appear to be diminishing – or at least as groups have learned how to cope with Covid – was never easy, but it seems to be getting worse. That’s a good thing, but not necessarily one that lends itself to targeted previews. Be that as it may, I’ll trudge on, highlighting those events that have come to my attention and that some readers may not be aware of.

Pricey, but for a good cause, is iHeart Dance NYC, a new initiative to celebrate and support the dance artists of New York City through performance opportunities and financial relief. Last fall, the group organizing iHeart Dance NYC produced a similar fundraiser, called iHeart NYCB. As you can guess, this fundraiser extends the targeted benefits to all dance in NYC. And this time, it’s live.

The performances will be in hour-long segments to be presented on April 11, 2021 on the rooftop of the Empire Hotel (directly across from Lincoln Center). According to the producers, producer and dance activist Melissa Gerstein and arts publicist and manager Kimberly Giannelli, the series is a response to the toll the pandemic has taken on the dance community, and will feature dancers from American Ballet Theatre, Alvin Ailey American Dance Theater, NYCB, American Dance Machine for the 21st Century, and from tap and Broadway dance.

Performances will take place at 11:00 am, 1:00 pm, 3:00 pm, and 5: 00 pm, and the running time of each performance is 60 minutes. As of this writing, dancers participating include Christine Shevchenko, Skylar Brandt, and Herman Cornejo from ABT, Christopher Grant and Spartak Hoxha from NYCB, tap dancer Ayodele Casel, and Robbie Fairchild, former Principal with NYCB who now dances on and off Broadway and in film. More participating dancers are expected to be announced. At this time, it is not clear whether one performance will differ from another either in content or in participating dancers. 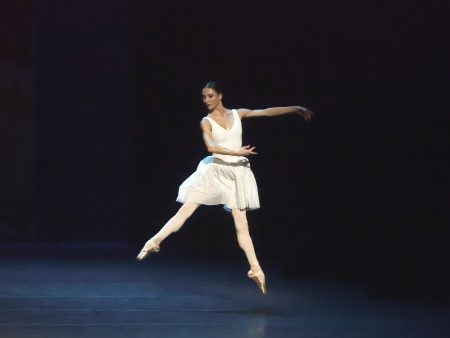 Tickets to attend the live performances reflect the organization’s commitment and the dancers’ need. Live attendance tickets are $100, $200, $500 and $1000, and include unlimited brunch and cocktails. They’re available at: https://www.iheartdancenyc.com/benefit-tickets . A $50 livestream ticket will also be available for purchase. And think about it – how much would it cost (including any requisite donation) for a top-tier ticket to an ABT or NYCB Gala that would include pre-and post-performance mingling with the dancers?

All proceeds from this series will be allocated towards the iHeartDance NYC Fund which will invite professional dancers working in New York City to apply for financial assistance, through the organization’s fiscal sponsor, the Irondale Ensemble Project. iHeartDance NYC will open applications for emergency and immediate funding following the April 11th event to provide aid and help dancers while they remain waiting in the wings for theaters to reopen. Donations to the iHeartDance NYC fund can be made at http://bit.ly/giveiheartdancenyc

Remember (or have you read about) John Curry’s wonderful Ice Dancing program in 1978? I was there, and it was a memorable event. Well, in the realm of (the many) things I didn’t know existed, apparently the effort to combine ice with dancing beyond Olympic events continues, albeit on a lower decibel level. Ice Theater of New York is presenting its 26th Virtual New Works & Young Artists Series. The performances began on March 25, and will continue on April 8, 15, 22, and 29.

Founded by Moira North in 1984, Ice Theatre of New York’s mission is to celebrate and advance dance on ice as a performance art, and is dedicated to . Since that time, it has focused on three principal activities: building a solid repertory of dance-on-ice, presenting public performances, and implementing educational and outreach programs. These latter programs are crucially important to the ITNY mission. They build new audiences and introduce the values of the athleticism and artistry of figure skating to young children and students. ITNY also has an apprentice program to train virtuosic young skaters in performance skating. Several apprentices who participated in these programs have joined the Company. 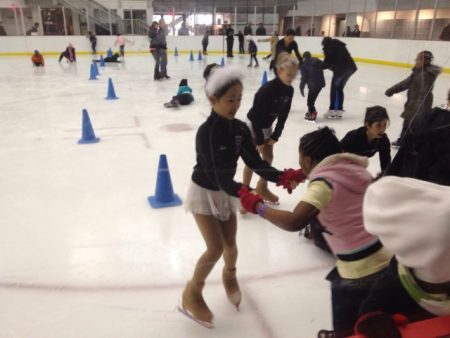 The New Works and Young Artists Series, ITNY’s signature educational program, is an initiative geared towards public school students from Harlem, Washington Heights, the South Bronx, Brooklyn and Queens. Dedicated to introducing new audiences of public-school children to dancing on ice, young apprentices with the company will perform together with ITNY professionals in free performances and a post-performance free skating clinic taught by Company teachers in which the young students are introduced to the integration of athleticism and artistry of ice dancing, Programming takes place at Riverbank State Park in Harlem, the Lefrak Center at Lakeside in Prospect Park, Brooklyn and The World Ice Arena in Flushing, Queens.

Broadway by the Year

Admittedly Broadway songs have only a tangential relationship to dance – although that relationship becomes less tangential in the context of the many Broadway shows in which song and dance are more often than not integrated. In this vein, New York’s Town Hall, which for the past 20 years has produced its signature series Broadway by the Year, celebrating the theater’s most memorable songs of the past with today’s musical talents. At the same time, audiences have been treated like insiders, getting fascinating stories and little-known facts about their beloved musicals.

This year, Broadway by the Year is going virtual. There will be three concerts, and instead of highlighting any one particular year on Broadway as the series has done previously, each virtual concert will focus on the contribution of individual composers and composing teams. 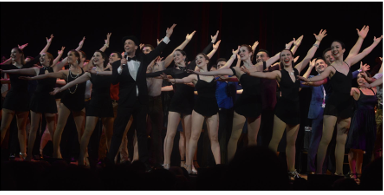 The line-up is as follows:

April 26 – BROADWAY BY THE YEAR: THE COLE PORTER YEARS will include songs from such shows as Anything Goes, The Gay Divorce, Paris, and Kiss Me Kate, and will feature Alexander Gemignani (Carousel), Lilli Cooper (Tootsie), Kenita Miller (Once On This Island), Danny Gardner (Radio City Summer Spectacular), Nicole Henry (international Jazz star), and Emily Larger (Billy Elliot.

May 10 – BROADWAY BY THE YEAR: THE KANDER & EBB YEARS will include songs from such shows as Chicago, Cabaret, Flora, The Red Menace, and Kiss of The Spiderwoman and will feature Beth Leavel (Drowsy Chaperone), Ute Lemper (Chicago), Tony Yazbeck (On the Town), Natascia Diaz (Sweet Charity), and Danny Gardner (Radio City Summer Spectacular).

May 24 – BROADWAY BY THE YEAR: THE ANDREW LLOYD WEBBER YEARS will include songs from such shows as Joseph & The Amazing Technicolor Dreamcoat, Cats, Sunset Boulevard, and Phantom of the Opera and will feature Max Von Essen (An American In Paris), Liz Callaway (Baby), Ali Ewoldt, Ethan Slater (SpongeBob SquarePants), Danny Gardner (Radio City Summer Spectacular), and Emily Larger (Billy Elliot).

Each video concert will be approximately 9-10 songs in length, performed by four stars, plus — as is a feature of all Broadway by the Year concerts — at least one additional dance number starring and choreographed by Danny Gardner. The three virtual concerts will all be recorded live in each artist’s home and put together with commentary by Scott Siegel’s and video direction and editing by JT Doran.

The ticket price for each concert is $30.00 per household or $75 for all three concerts. Each concert begins streaming at 7pm on the starting date indicated, and will be available on The Town Hall website for 72 hours. For tickets and further information, www.thetownhall.org  or call 800-982-2787.

Kaatsbaan Cultural Park in upstate New York has announced its first solo commission in its nearly 30-year history, and it sounds like an appropriate, and interesting, marriage of dance, music, and nature.

Titled American Lyric, it’s a been organized by Garen Scribner (formerly with Nederlands Dans Theater, San Francisco Ballet, and Broadway’s An American in Paris), and has been created in collaboration with classical pianist Hunter Noack and his outdoor music series IN A LANDSCAPE: Classical Music in the Wild. [Noack’s series brings a 9-foot Steinway grand piano on a flatbed trailer to America’s National Parks, urban greenspaces, working ranches, and historical sites for classical music concerts that connect people with each landscape.] American Lyric will premiere on May 27 and 28 as part of Kaatsbaan Cultural Park’s inaugural 2021 Spring Festival.

An immersive experience, American Lyric convenes an ensemble of diverse and multi-disciplinary dancers to perform site-specific, self-choreographed dances as part of the IN A LANDSCAPE experience where live classical music is transmitted to audience members via wireless headphones. Audiences will experience both music and dance while wandering — appropriately distanced — through the meadows that abut Kaatsbaan’s old-growth forests and which feature views of the Hudson River Valley landscape of mountains and greenery. 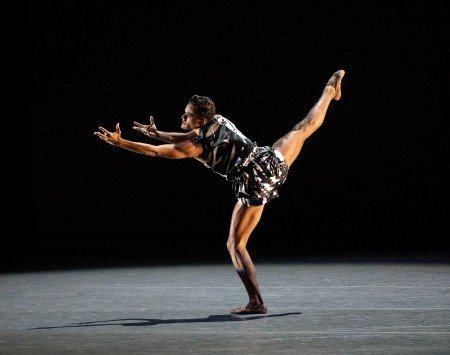 In addition to his project with Kaatsbaan, Scribner will produce an original film about the work, directed by Jeremy Jacob with his production company GarenMedia, capturing the spirit of the collaboration and its impact on the community, available at a later date.

American Lyric will take place May 27 and May 28 at 6:30 p.m. Tickets start at $35 and are available at https://kaatsbaan.org .Kaatsbaan Cultural Park is located at 120 Broadway in Tivoli New York.

The Guggenheim is open Thursdays through Mondays from 11am to 6pm. Pay What You Wish hours are Saturdays from 4:00pm to 6:00pm. Timed tickets are required and available at guggenheim.org/tickets. Admission is $25 for adults, $18 for students and seniors (65+), and free for members and children under 12. Attendees are invited to explore the Guggenheim as well as to view the concerts. The Guggenheim is implementing health and safety measures in consideration of visitors and employees and in compliance with New York State and City guidelines. Face masks will be mandatory inside the museum for anyone over the age of two. New requirements should be reviewed in advance of a visit; they are posted on COVID-19 Safety Measures: What to Expect When Visiting.

This series is in addition to previously announced Works & Process Bubble Performances in the Rotunda.

May 4: New York Is Burning by Omari Wiles, performed by Les Ballet Afrik

May 19: The Jazz Continuum with LaTasha Barnes

June 1: Unveiling by Sonya Tayeh, with music by Moses Sumney [Note: Unveiling was one of my “Tops in New York Dance” for 2019.]

June 20: Rose: You Are What You Eat by John Jarboe of The Bearded Ladies Cabaret