We don’t usually associate ballet with comedy. There are a few superb examples, Ashton’s La Fille Mal Gardée and Ratmansky’s The Bright Stream come to mind. However, when it is tried elsewhere, for instance in some Don Q productions, it often fails to raise a smile. So, hail to the Trocks for making us laugh in the context of well performed ballet for nearly 50 years, with men playing both the familiar roles and also the ballerinas. To keep things simple, I’m going to use the dancers’ real names, rather than their Trock spoof names, such as Jacques d’Aniels and Minnie van Driver, good fun though they are.

And where would a Trocks tour be without Swan lake Act II. One of the most treasured acts in ballet needs to be treated with some care and this performance succeeded hands down. The gaffs still make me laugh after more than twenty years of viewings: the final swan tripping and falling down as she comes on stage for the first time; the wayward, right-hand side small swan in the quartet, getting the head turning wrong and running amok in the diagonal traverses.

To balance these gallimaufries, we also saw splendid dancing. Takaomi Yoshino as the Queen was stunning and, while enjoying some very funny asides to the audience, when it came to the variation, humour was put to one side and artistry was to the fore with lovely pointe work and sparkling steps. Giovanni Goffredo as the Prince, looked the part of danseur noble and Duane Gosa as Benno made the most of his attempts to break into the party. I wasn’t entirely convinced by Joshua Thake’s Rothbart grinning to the audience. I preferred the mock anger of a predecessor, Paul Ghiselin.

After the interval, it was back to Swan Lake for the Act I Pas de Trois. Following tradition, we had two very tall ballerinas and a small danseur. This provided lots of fun opportunities when his head only comes up to the ballerina’s bosom. Duane Gosa and Joshua Thake tackled their ballerina variations with aplomb and I appreciated Jake Spearman’s musicality. It’s a lovely moment when the two ballerinas lift Spearman onto their shoulders.

Another long-time favourite is The Dying Swan. It was good to see Robert Carter back in the company after an eight year hiatus. I remember back in the day, his fouettés breaking the world record for speed and attack. He got plenty of laughs for both his performance and his curtain call, stretched out beyond measure until he is yanked back by an unseen hand. To show his continued physical capabilities, at the encore he performed a nonchalant backflip. 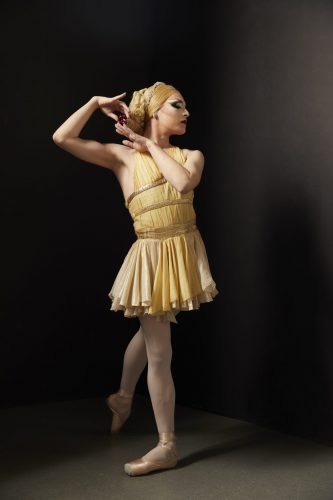 It’s usual for a Trocks programme to end with fewer jokes and my first viewing of Valpurgeyeva Noch (Walpurgisnacht) fitted this pattern, although even played straight it would probably raise a smile with its mythical nonsense. Takaomi Yoshino stole the show again, as I suspect he does every night. As Pan, his jetés, spins and tours were top notch. His male dancer name is Boris Dumbkopf – trust me, it ain’t appropriate. He was given a good run for his money by Ugo Cirri as Bacchante, excelling in the variations. In between we had fun with the bickering Fauns and Nymphs. A good addition to the rep. 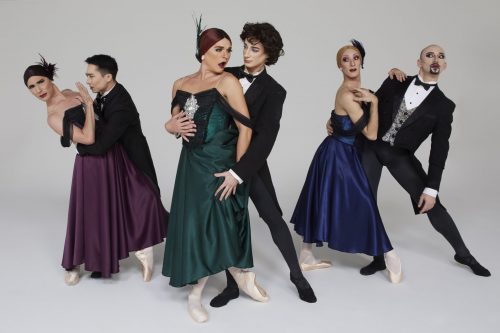 I wasn’t so convinced by Nightcrawlers, choreographed by Peter Anastos, a comedic take on Jerome Robbins’ In the Night. While the original has three couples at different stages in their relationships, in the Trocks version the differences were not clear at all. Fun was had with complex arm linkings going wrong, but overall there were too many jokes to provide a satisfactory balance. It was at its best in the final few minutes when the jokes were put aside. I fully understand the need to mix the classics with more modern subjects, but maybe the classics with all their seriousness provide better targets for the Trocks. In the company credits alongside Pianist, Education Manager etc., they have Stylistic Guru – Marius Petipa. I hope he gets paid well – he deserves it.

It’s four years since the Trocks were last here – don’t stay away so long again, ya hear?

Guys en pointe: The Trocks are back

Fluttering feet and hairy chests: the Trocks in London