After having just seen Matthew Bourne’s contemporary ballet The Red Shoes at the Kennedy Center’s Opera House a week earlier, I longed to indulge in the beauty and stateliness of a traditional classical ballet. Thus, I was excited that the Mariinsky Ballet’s La Bayadère followed so closely on its heels. What a study in contrasts it was. Where Bourne’s dancers excelled at capturing some of the drama of the tragic and romantic tale, the Mariinsky’s dancers, as expected, excelled at dancing. And that’s exactly what I longed for — more dancing, less walking around looking happy or distraught. The Mariinsky’s dancers are known worldwide for their masterful artistry, and the opening night’s combination of Victoria Tereshkina as Nikiya, Kimin Kim as Solor, was astonishing. What a pair! Their technique sings, and they practically levitated. You’d swear with the height they reached in their jumps and leaps that they were wearing springs on their feet. 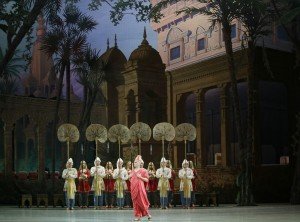 I had a chance to witness hours of finely executed classical ballet, which soothed my balletomane soul. Yet I have to admit, when it comes to the storyline, La Bayadère, like many classical ballets, falls flat today. The silliness is hard to swallow. The dead tiger carted around looked like the kind of cute, puffy stuffed animal you’d find on the bed of a pre-teen. The colorful toy parrots the women sported on their wrists were right out of a flighty Disney show. And the gray scraggly wigs and beards of the temple’s ascetics were equally as laughable. The spectre of Orientalism hangs uncomfortably over La Bayadère like a wet blanket. The dancers wear skimpy sparkly Indian-inspired costumes and are encumbered by deplorable restrictions on class and love and gender. The music, strangely, barely gives a nod to its Asian theme. Sexual harassment, which has been at the forefront of the news lately, is readily apparent in the creepy moves the temple’s High Brahmin pulls in his attempts to claim Nikiya as his own. While my heart soared with the spectacular precision and perfection of the dancing, my heart sank at the subject matter. I think I’d have preferred an updated version of the classic by Bourne, but performed by the Mariinsky’s stellar dancers. 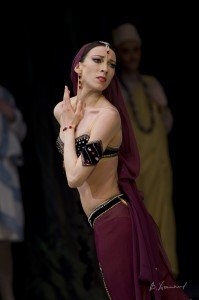 Also, let’s be frank, the first two acts are to be endured for the promise of the promised land of Act III, the famous Kingdom of the Shades, in which dozens of rail-thin women in long white tutus, in unison, extend their limbs in a manner that makes one want to cry at the sight of such stunning symmetry and refinement. Here, the Mariinsky delivered the goods, as they always do. Effortlessly ethereal, softly lulling, and simply gorgeous, the ballerinas completed a picture of pulchritude.

The rest of the ballet was a mixed bag. The Mariinsky Ballet is frequently flawless, but there were quality control issues on opening night. Some of the timing was off, and it appeared a costume got snagged in one of the curtains forming the wings, which caused the curtain to awkwardly rise and hang for a short period of time as a dancer struggled to get untangled. 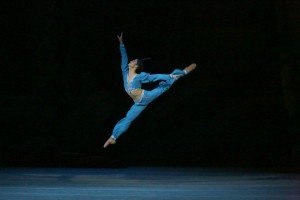 To my surprise, the highlight of the evening for me was Kim. I’m generally partial to the female leads in classical ballets, as they’re usually given the better parts. Tereshkina is a much beloved star ballerina, and her maturity is an asset, but I’m one of those who falls squarely into Camp Kondaurova instead. Tereshkina looked almost out of place with her level of sophistication. She speaks to incredible control. Kim, on the other hand, who is decades younger and is the Mariinsky’s first foreign principal dancer, fit better into his role as the playboy warrior Solor, which he danced with awe-inspiring ease. While Tereshkina was solid, Kim was a revelation. I really couldn’t get enough of him and hope to see him dancing again and again for decades to come. He’s one of the most breathtaking male dancers I’ve seen and has serious room to grow. 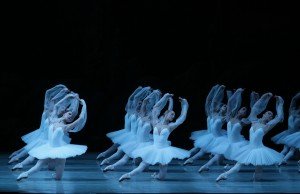 It’s unfortunate one has to ignore the antiquated story’s significant shortcomings. One older patron expressed to me that she wished the Mariinsky would perform Balanchine in DC. That would definitely cause a ruckus. I cherish opportunities to see the most classical of classical ballets danced by this Russian troupe, and I’d be disappointed if they abandoned their remarkable classical repertoire on their US tours. However, I might be capable of changing my mind. True, performing Balanchine in the land where he achieved his greatest success would be somewhat controversial, but I’d welcome a chance to see the Mariiinsky’s incomparable dancers take on this task. As time goes on, I suppose Balanchine’s ballets are considered among the classics, too, minus the ludicrous plots. Preserving history is important, but so is presenting the type of ballets that more thoroughly satisfy present-day audiences.