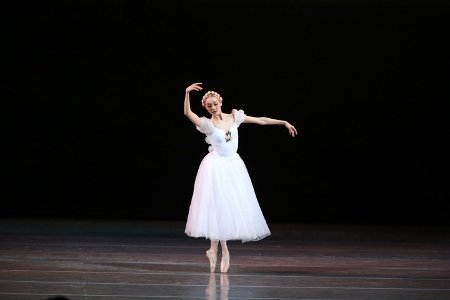 In the final weeks before the Mariinsky’s annual eleven-day ballet festival, the troupe geared up with heavily scheduled back-to-back performances. Two Don Quixotes followed two Swan Lakes at the start of the month, followed by two Shurales. On March 20th alone the Fokine mixed bill ran twice – at noon and 7 p.m. with different casts. This programme, also known as the “Russian Seasons,” is a popular casting choice for its petite smorgasbord of terpsichoric delights: we see four Fokine works in the span of one evening, which enables a larger range of dancers to be cast.

The 20th March performances had a special delight in store: Svetlana Ivanova, the coryphée who, according to everyone in educated ballet circles, should have made principal or at least soloist rank as long as a decade ago, was given a solo in Chopiniana during the matinee, followed by an appearance with Vladimir Shklyarov that same evening in Spectre de la Rose. The heavy burden of two same-day performances aside, this selection proved to be a welcome choice for the audience, for Ivanova’s delicate lines and sensitive épaulement – a testament to her training under the famous Inna Zubkovskaya – aptly support the romantic style of Chopiniana. In the Eleventh waltz, Ivanova unveiled full-bodied knowledge of the Romantic era and a lush slow port de bras, etched with the appropriate épaulement, along with light landings throughout the jeté sequence that suggested she had stepped out of a centuries-old tableau. Ksenia Ostreikovskaya likewise demonstrated precise musicality with an old-world manner at points where many rush through bourrée-laden Prelude. Ekaterina Osmolkina attacked the initial diagonal of jumps in the Mazurka section with verve and ease prior to her pas de deux with Timur Askerov, who came to life in the beaten tour jeté during his solo variation. This set of soloists, regardless of their actual ranks, brought a level of authenticity and understanding of the famous Fokine creation that suggests each are worthy of principal rank. 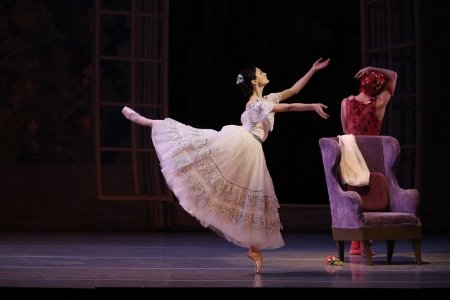 Kristina Shapran, dancing the role that Ivanova would take that same evening, proved a delight in her debut as the Girl in Spectre de la Rose alongside the untamable Philippe Styopin. With the improvement in Styopin’s level of control over his delivery, this ever-stronger dancer is now better equipped for such roles compared to some years back. For her part, Shapran’s exquisite feet etched a stutter of petite bourrés across the floor in the initial section where she is ‘asleep,’ truly giving one the impression of a young lady floating through a dream. Once she awakened to see the live Rose next to her, every muscle in her body seemed joyous, while the steps remained carefully executed.

Oksana Skorik reprised The Dying Swan with perfect lines, but it was the swell of the violins, as only the Mariinsky orchestra can correctly render, that emitted the deepest emotion.

Firebird closes the Fokine bill and here Anastasia Matvienko in the title role joined relative newcomer to the role, Alexander Romanchikov, as Ivan-Tsarevich in this colourful conception. Matvienko’s precise approach aptly suited the flighty bird character, as she flitted through all of the sautés with somber passage and sharp lines. Romanchikov portrayed a mostly boyish figure as the young noble boy. His enthusiasm in catching the bird, and his innocence in meeting the Tsarevna, danced by Ksenia Dubrovina, aptly depicted the innocent nature of this Slavic fairy tale.