Natalia Osipova is a dancer who can deliver a performance that stays seared into your memory with an afterglow of pleasure. So there was an expectant buzz at Sadler’s Wells for this sell-out programme built around her by three eminent and varied choreographers.

The inclusion of her current partner off-stage, Sergei Polunin, famed for prodigious talent, not to mention the trouble, promised that extra spark. If the big bang didn’t happen there was still a lot of pleasure to be had from their new adventures. 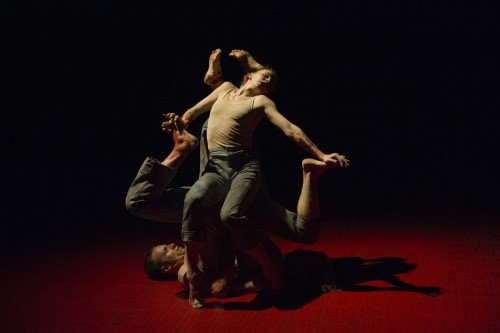 Sidi Larbi Cherkaoui’s Qutb offered striking visuals and fluid bodies. Metaphysical and intergalactic in theme, it opens to the image of a fiery disc beneath which a bundle of bodies move and unravel to reveal a tiny female body linking the two men. Teamed with James O’Hara and Jason Kittelberger, both dancers of effortless grace, Osipova found a new body language. She seemed most in her element in the duet with Kittelberger, a veritable tower of strength who provided a solid base from which she was able to explore new dimensions. The work has a loose, unstructured feel but, like much of Cherkaoui’s work has hidden depths. 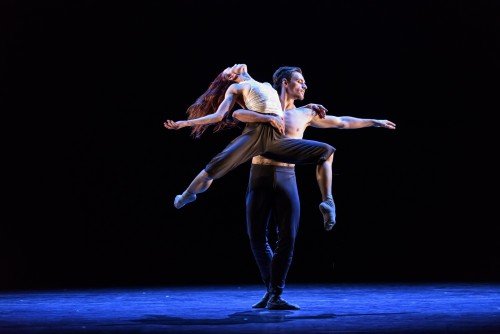 In Silent Echo, Russell Maliphant has structured a grand pas de deux in contemporary clothing with the choreographing straddling the boundary line. The dancers slipped in and out of the gloom as shards of light catch their movement before joining up in a low key duet, her soft fluidity countered by his tough muscularity. Osipova’s solo, punctuated by endless spinning, did little to capture her extraordinary gifts while Polunin almost high-jacked his. He seemed determined to squeeze in a few of the virtuosic tricks but the moments when high voltage leaps dissolved into floor work were something special. There was a lot of beauty here but it was ultimately disappointing that so much talent right across the board (including Michael Hulls lighting) hadn’t synchronised to find an epiphany moment. 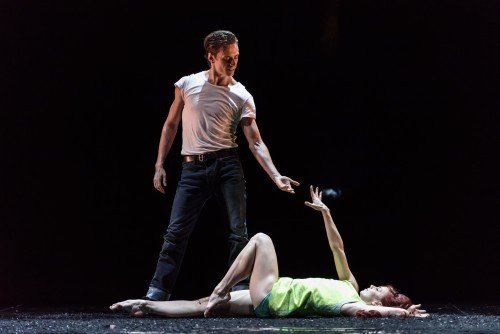 Arthur Pita’s previous work for Osipova, Facada gave her the opportunity to demonstrate her gift for offbeat comedy and his Run, Mary, Run to music of the Shangri-Las, was even more bizarre. The humour turned ghoulish as she rises from a dank mound shrouded in a grey cape and later extracts her lover. It soon brightens up thanks to a neon coloured dress and auburn beehive in truly tasteless 60s fashion and a dollop of sex, drugs and rock n’ roll (well almost). Polunin, in jeans and leather jacket grabs the chance to dance out his bad boy image assuming a James Dean look that is interesting if not iconic. Lacking a big idea, we see vignettes with choreographer and dancers all trying a bit too hard. However, the clever duet where the couple managed to fit in a few dance steps between passing fags and booze back and forth showed Pita has a way with comic dance. It was a cheerful number to round off an evening that didn’t quite hit the heights but gave a welcome change to see old favourites in new guises.