A year ago I reviewed the 10th anniversary performance of Neville Dance Theatre, and marveled at how accomplished companies like this, which operate largely under the radar, can be.

A faculty ballet instructor at the Ailey School in Manhattan and Covenant Ballet Theatre in Brooklyn, Brenda R. Neville founded NDT in 2005. The company, which appears to have a relatively stable nucleus of dancers, performs at a variety of city locations.

This year, Neville, the company’s Artistic Director and Choreographer, included pieces created by two guest choreographers to open the four-dance NDT program, titled “Exposed,” all of which were world premieres. 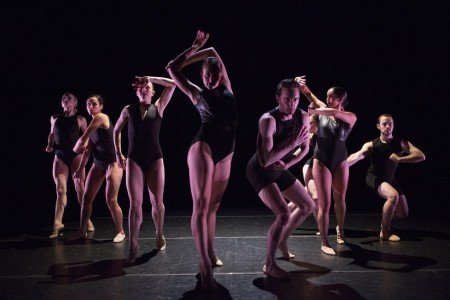 Brahms Double Concerto, choreographed by Billy Blanken to excerpts from the composition, is a five-dancer abstract ballet that is not particularly complex or innovative, but steps aren’t the essential factor here, although they sufficiently challenge the dancers. Rather, creating an interesting-looking structure is. Essentially, the piece is divided into segments that feature a corps of three dancers – Dona Wiley, Alexis Borth, and Amanda Summers, a pas de deux with Tanya Lynn Trombly and Hunter Mikles, and an assembly of all five at the end. 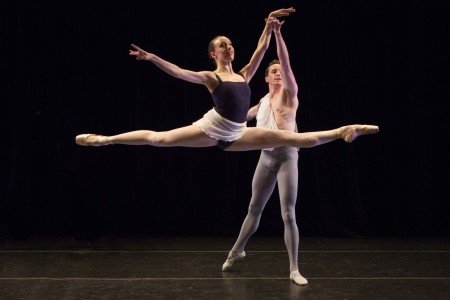 Blanken structures the dance interestingly, with one corps dancer at a time entering the stage area, the three dance together or sequentially, and one or more will leave and then return. When the opening segment ends, the pas de deux begins. With the trappings of a grand pas de deux (including solos for the pair, and other corps dancers – particularly Summers, who danced with exceptional sparkle throughout the piece – joining the pair), this part of the dance, as well as its conclusion, was skillfully done. Trombly impresses as an experienced, highly capable ballerina, who not only dances the part but looks it. But during this pas de deux, as she did a year ago, she moved less confidently than she should have – particularly in partnered segments. Some degree of apprehension, even fright, is perfectly understandable, but that sense is unavoidably communicated to the audience. Given her obvious ability, she should try to camouflage it better in order to elevate her performance to the higher level that’s within her range. 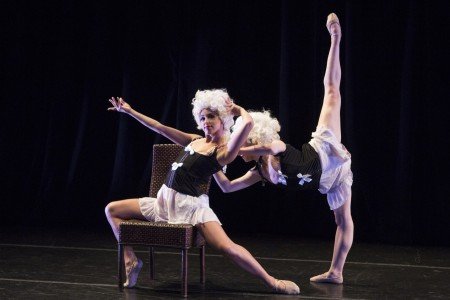 Epidermis, choreographed by Ursula Verduzco, followed. Although I’ve not seen her work previously, Verduzco has an extensive contemporary ballet background, both as a dancer and choreographer. Her experience shows in this piece, which is a compact exploration of skin-deep differences between women who appear on the surface to be virtually identical. Summers and Michelle Siegel are the “twin” dancers whose different personality traits dominate what should otherwise be a complementary relationship. The piece begins with the two appearing as if attached; gradually they separate, and as they do Summers’s tight pseudo-sophistication and Siegel’s loose crudeness take over. There isn’t much to the piece beyond that, and the ways in which their differences in character are manifested are limited, but for what it is, Epidermis is harmless fun to watch, and Summers and Siegel do an excellent job playing the odd couple, expressing their different characters straight but with tongues firmly in cheek – at least until the piece ends. 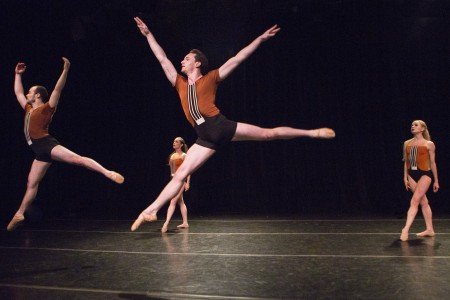 Blessed, choreographed to Karl Jenkins’s achingly beautiful Benedictus, arranged and performed by 2Cellos, is a simple piece that does what it intends to do – create an ambiance of ethereality and faith, does it well, and then ends. The music, part of a larger anti-war themed composition (called The Armed Man, and subtitled A Mass for Peace) that Jenkins created in 1999 in response to the conflict in Kosovo (it premiered in 2000), follows the conflict movements and celebrates the triumph of peace. The music washes over the listener as if it were a star-filled sky into which you soar in eternal harmony with the universe, and even if Neville’s choreography had simply done no harm to the composition, the theatrical experience would have been uplifting. But her choreography, for John Raffles Durbin and Kaylee Tang, and Trombly and Mikles, complements it. In my notes, I wrote the word “sweet” many times as I watched Blessed unfold, and perhaps Neville and her dancers’ finest accomplishment is that the piece is sweet without being saccharine. I liked Blessed a lot. 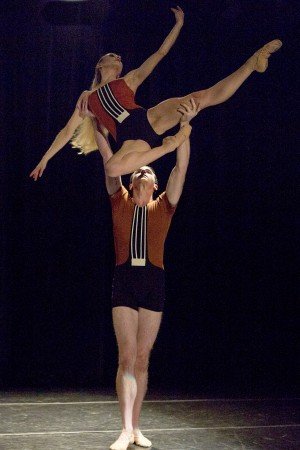 On the other hand, Exposed, the evening’s signature piece, was disappointing, primarily because it failed to deliver the “social commentary” promised. Neville’s stated intent here is to depict “the diminishment of individual privacy in an online world and how we can reclaim ourselves again….[from]… online trolling, social media bullying, celebrity stalking, and increased public surveillance.” That’s a lofty goal, but to me the piece does more to put responsibility for any loss of privacy on those who’ve lost it. That being said, if one ignores the stated intent and examines the dance as I saw it presented, on that level it’s well-done and includes a variety of movement and staging that maintain visual interest throughout.

The piece, which is loosely divided into three segments, begins by showing dancers posing and mugging for photos taken by other dancers who hold hand-held lights representative of cameras. The objects of attention appear to invite and relish the attention – and with rare exception, that sense doesn’t fade or change as the piece progresses. There are indeed occasional examples of a photographed “object” trying to shield him/herself from the “camera” or looking uncomfortable with the attention, but the “invasion of privacy” by the dancer-paparazzi continues nevertheless, and is generally not played as unwelcome. There’s nothing that appears as anything resembling a clarion call for action. The dancers – the entire company (including, in addition to those already mentioned, Jess Guerrero, and Matthew Lynady), both those who are the photographed “objects” and those who hold and maneuver the lighting, do a fine job with it, and the piece choreographically is not without merit as an abstract cautionary tale of sorts, but it needs some reconsideration to clearly transmit the choreographer’s stated intent. 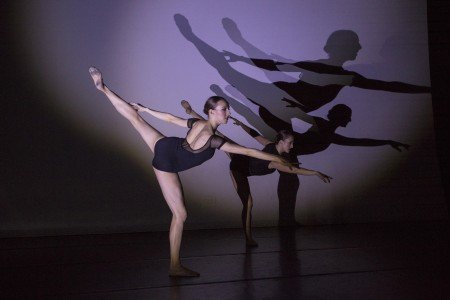 While the dances on Saturday’s program were not quite at the level of those I saw last year, with the exception of Blessed, they still featured competent dancers performing entertaining choreography before a full and attentive audience. Overall, the program is another example of the quality of dance presented in the city’s performance nooks and crannies on a regular basis throughout the year. They’re not competition for the city’s big guns, but they fill a void, and are well worth seeing.