Swan Lake sells and Matthew Bourne’s version is no exception. The eight-week season at Sadler’s Wells is sold out with audiences drawn from well beyond the pool of regular dance fans. Bourne had the groundbreaking idea of transposing the ethereal beauty of a female corps of swans to a powerful and audacious male flock, enhanced by a hint of gay love, acceptable but still edgy in 1995, and the rest is history. Twenty-three years on and the bare chested men in shaggy, white breeches with iconic black face markings can still pack a punch. 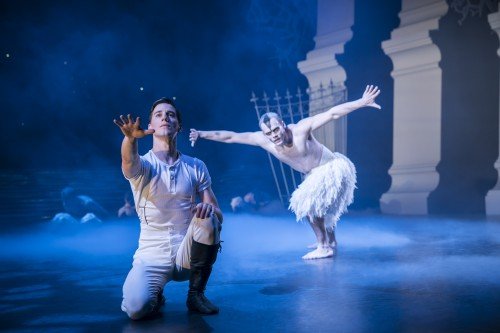 As in the original ballet, the work finds its soul in the lakeside scene, but along the way there is plenty of fun to be had. Dominic North is the unhappy Prince, growing up in a court that makes the Hapsburgs seem almost functional. His mood swings, from utter despair to total ecstasy in one act, reveals his fragile ego in a sensitive performance. Will Bozier as the Swan/ Stranger creates an ambiguous character; by turns inviting and repelling but always holding our attention. The swans, a strong corps of fine dancers, seemed to have grown in assertiveness and are a formidable cohort. 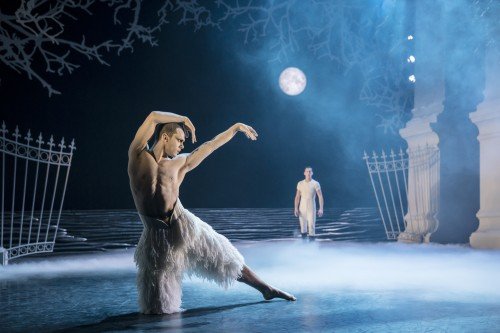 The women are equally intimidating. Katrina Lyndon has the elegance and grace to play the Queen, a look that would curdle milk and the morals of a call girl, but it was Carrie Willis as the Girlfriend who threatened to steal the show. Outrageously dressed in a cerise pink bubble of a dress with a personality to match, she nevertheless manages to find a real heart in this celebrity seeker. The Private Secretary, Glenn Graham, is kept on his toes by this unruly mob but never misses the opportunity for a put down as Bourne displays his acerbic view of the ruling classes. 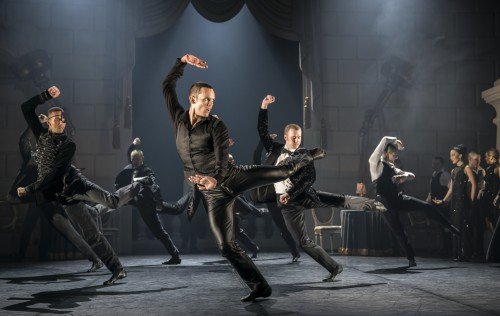 Bourne understands film and theatre like few others and packs in the gags. There is plenty of clever pastiche in the Moth Ballet and the clockwork corgi is a treat. The Royal Ball goes somewhat over the top with plenty of man-handling of leggy females, and in the Czardas Bourne misses a good opportunity to exploit this dynamic music. However, there is compensation in the vibrant Spanish dance. In the many and varied duets between guests and the Stranger, Bozier plays the field, displaying his talents both in dance and seduction.

Bourne’s choreography in the final act reminded me of Hitchcock’s The Birds in scenes of nightmare proportions. Swans clamber and crawl over the giant bed of skewed proportions, all increasing the Prince’s tenuous hold on reality. His death and the Queen’s belated anguish    balance the drama in this, still, very special work in the dance canon.