New York City Ballet concluded its six week Winter 2017 season on Sunday. I saw one of the final week’s two separate programs on Saturday afternoon, an evening devoted to Jerome Robbins. The performances were excellent across the board, the ballets are significant Robbins pieces, but the program itself was somewhat disappointing.

Before I explain that last sentence, the more important development evident during this six-week season is a continuing one, one that I’ve been reporting on for some six years now – the remarkable depth of talent in this company, and the even more remarkable fact that the hits just keeps on coming. Unless you’ve been attending NYCB performances regularly, or reading reviews, you may not recognize the names of the dancers recently promoted a level during the season’s final week. I’ll list them at the end of this review. The promotions are not only a recognition of these particular dancers, but of the company’s overall strength: there’s more where these came from (the remarkable NYCB corps), and still more coming down the pike. It’s a breathtaking development to watch. 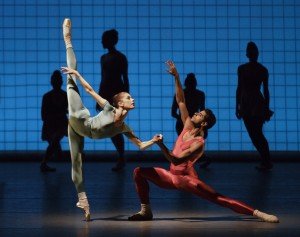 Like other superb ballet choreographers, Robbins created pieces reflecting a variety of themes producing equally varied visual appearances. His dances rarely look the same from one to another – even his piano ballets are distinctive. His legacy, even limited to his ballet (as opposed to Broadway) output, includes masterpieces and dances that are merely brilliant, ranging from Fancy Free, Dances at a Gathering, and The Goldberg Variations to The Four Seasons and New York Export: Opus Jazz, and also include dances that some think were not successful but that have considerable merit – like Watermill and Dybbuk, images from which are still seared into my mind after some 40 years.

There is one ingredient that, with rare exception, seems to tie all of his finest pieces together: the sense of humanity that is an indivisible component of his craft. He created dances that aren’t “just” inventive in their step combinations or staging, and that don’t “just” transmit a distinctive and appropriate atmosphere, although these qualities are there, but that also convey a sense of humanity and the human spirit even when the character is not human, but can be seen to display human characteristics (The Cage), and even when the piece has no discernable subject (Other Dances) or what subject there may be is broad and somewhat amorphous (Opus 19/The Dreamer). 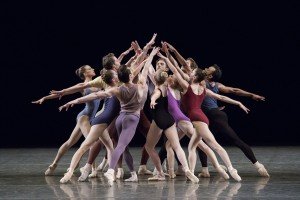 Somehow, though, this all-Robbins program managed to find three dances that don’t display that quality; they’re all examples of pieces where Robbins seemed more concerned with form than substance. Glass Pieces is a glorious example of choreographic genius applied to the then contemporary pulsing, repetitive sounds of Philip Glass. Moves is an experiment in creating movement to no musical accompaniment at all, that evolved into much than just a study. And The Concert is Robbins’s comic ballet masterpiece; a groundbreaking creation where he isn’t just making fun of ballet stereotypes or creating slapstick guffaws that yield belly laughs. But none of them – with the possible exception of portions of The Concert – include the “humanity” that characterize Robbins’s best work. So as good as they are, and as well executed as they were, something essential of the Robbins brand was missing, and consequently I left admiring Robbins’s work, but not loving it, which heretofore seemed to me an impossibility. For an all-Robbins program that’s not devoted to pieces choreographed to a particular composer or theme, a greater variety might have yielded a better program. Bringing back In The Night, Antique Epigraphs, Mother Goose Suite, or Gershwin Piano Concerto, each absent for too long, might have improved the overall program (I‘d include I’m Old Fashioned in that group, but it’s a closer, like The Concert). And new casts for Afternoon of a Faun practically leap off NYCB’s roster of dancers.

Although Glass Pieces and Moves show off the company as a whole, each also focuses on a few featured dancers. In the former, Rebecca Krohn and Amar Ramasar reprised their roles in the central pas de deux, and executed thrillingly. The three duets in the opening segment were led with precision and appropriate enthusiasm by Unity Phelan and Daniel Applebaum, Emilie Gerrity and Peter Walker, and to a lesser extent Laine Haboney (who could improve her performance with less evident facial tension) and Cameron Dieck.  The 38-dancer corps looked sensational. In Moves, Phelan again danced the initial pas de deux with the same superior execution she showed in Glass Pieces, this time with Andrew Veyette, who always manages to execute splendidly even though he looks like he’s going to run out of gas (but never does). And the balance of the cast followed that lead, displaying the essential impeccable precision and timing. 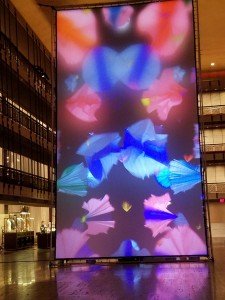 The Concert, however, was the evening’s high point, and a dance that I’d see at any time, on a program with anything. The perils of everybody (the dance’s subtitle) are displayed ingeniously – although it’s been around so long that its ingenuity at this point is taken for granted – and are clearly inspired by Chopin’s music, but not bound by it. Lauren Lovette brought a unique quality to her role – less exaggerated and full of herself than others, but equally flibbertigibbet and besotted with the music. Although she delivered the comedy inherent in the role of “the pseudo-sophisticated devotee” (the roles are not specifically denominated), she was more “real’; less caricature. It worked. And Meagan Dutton-O’Hara (“the shrewish wife”) acted her role more than adequately. Both debuted in their roles two days earlier. But Joaquin De Luz’s “the husband,” who I don’t recall seeing in the role previously, was marvelous, lending a Groucho Marx quality to the henpecked salaciousness. The cast seemed to be having a blast – as, evidently, did the audience. 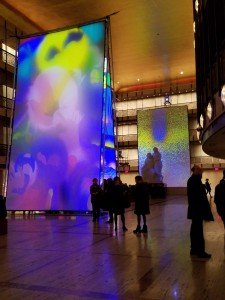 Lastly, each winter season for the past five years NYCB has sponsored an Art Series that supposedly represents a collaboration between the company and a contemporary visual artist, and displays specially-created artwork on the theater’s Promenade and in scattered locations throughout the house. This year’s artist was Finnish-born, Brooklyn-based Santtu Mustonen, and his display included digitally altered paintings projected onto huge screens that move (the paintings, not the screens) – allegedly suggesting in their movement quality an inspiration from ballet. When the exhibition first opened, I didn’t get any such connection, any more than a kaleidoscope – or for that matter anything that moves – can be said to have a “connection” to ballet. But whether inspired by ballet, geometric shapes, color variety, snowflakes, or whatever, and even though the “inspiration” might have been a description of convenience, I must admit that the pieces grew on me as the season progressed.

With the conclusion of the winter season, some stock-taking is in order. This has been a noteworthy season for the company as a whole (although a bit short on contemporary dance – which will be compensated for in the spring), and Tiler Peck, Sterling Hyltin, Lovette, and Anthony Huxley had particularly memorable seasons. But it’s not limited to principals – on the contrary, there are so many young dancers of the highest quality and greatest potential at the soloist and corps (and even apprentice) levels that the mind boggles. Indeed, opportunities for dancers have seemingly become more limited – not because they aren’t spread around sufficiently, but because there are so many more dancers to spread the opportunities to. Accordingly, some dancers seem underutilized (Erica Pereira and Meagan Mann come immediately to mind, but there are others). 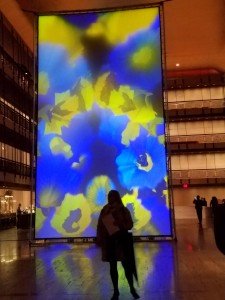 In recent years, and with some exceptions, promotions have been made toward the end of the company’s spring season. This year, a round of promotions was announced during this winter season’s final week. Whether that signals yet more promotions to come in the spring, or implies that some distinction needed to be recognized sooner rather than later, I can’t tell. But it’s apparent that in addition to the well-deserved promotions of Russell Janzen to Principal Dancer, and Sara Adams, Indiana Woodward, Phelan, Gerrity, Harrison Ball, Joseph Gordon, and Troy Schumacher to Soloist, there are so many more who might have been rewarded as well – and doubtless will be.

This continuing growth of talent, particularly (but not exclusively) among ballerinas, is not limited to NYCB: it’s also evident in ballet schools and companies across the country (evidenced by the extraordinary talent on display at competitions such as the Prix de Lausanne and Youth America Grand Prix). I’ve previously written about ballet’s Golden Age in the mid-1970s, due in large part to the emergence of a few sensational dancers and apparently increased public awareness and focus on physicality. [By that I don’t mean superfluous “tricks” and explosions of individuality that may be incompatible with a particular style, but an inherent quality of sensuality.] We are now in a new Golden Age – not because of a handful of elite dancers (though they’re there), but because of the explosion of talent, and the exposure of that talent beyond local geographic limits. Despite some who consider ballet to be dead or dying, this is a remarkable harbinger of ballet’s durability as an art form, and also emphasizes the continuing necessity of public funding from sources such as the National Endowment for the Arts.