A Review in Rhyme (because I had time)

…..and with profound apologies to Clement Moore…. 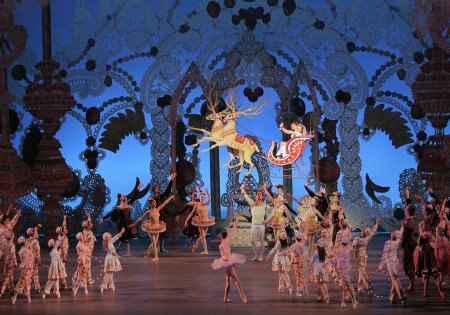 Twas the night past Thanksgiving, and all through the house,
The lobby was buzzing with laughs, shrieks and shouts.

It was opening night at NYCB
Of this year’s Nutcracker by George Balanchine.

The theater was brimming with girls big and littler
Who wore their best tutus and slippers with glitter. 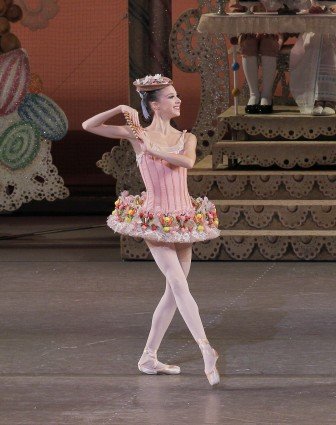 I saw toddlers, grandparents, young bunheads galore,
And critics like me who’d seen it before.

Excitement increased as lights started to dim
And Andrews Sill ascended the podium.

The stage unveils slowly, curtain by curtain
Till the final scrim lifts on the set by Ter-Arutunian.

Seeing Marie and her friends jumping higher and higher,
And Fritz and a Prince and this strange Drosselmeyer

Played with a wink and a grin and no sinister gloss.
It was good to welcome back Robert LaFosse.

Act I’s movement details are extraordinary,
Not a moment untrue or a step ordinary. 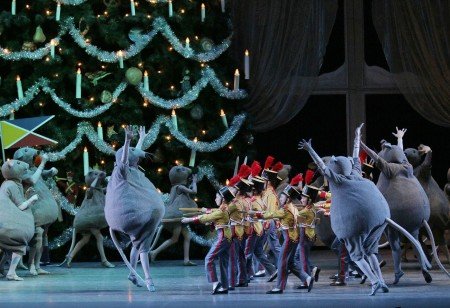 A mouse battalion; a Nutcracker grown;
The play war seemed lost till Marie’s shoe was thrown.

Then mouths opened yet wider in wonder and awe
As the Tree started growing, skyward it soared.

After the battle and the young Prince had won
Came the Snowflakes who danced as if shot from cannons.

They were pumped; I’ve not seen the scene any better.
These young ballerinas proved performance pace-setters. 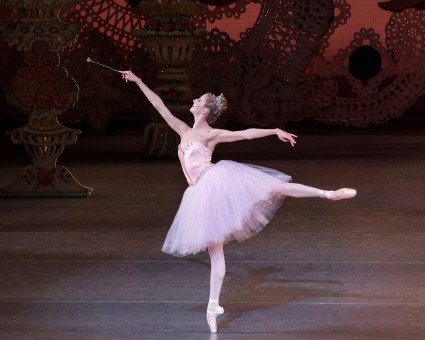 A land of the sweets ruled by a Sugarplum Fairy.
Sterling Hyltin commanding; looked regal – but gently.

The students on stage danced commendably
You’d expect nothing less coming from SAB.

Sublime Polchinelles and striped Candy Canes
And Angels who floated across the stage. 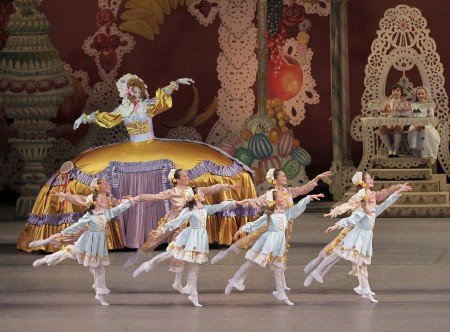 As the evening’s Marie – Emerson Tate Alexander
A red-headed sprite with outsized demeanor.

The divertissements exceeded even City B’s standards,
The whole cast was “on”; there were no bystanders. 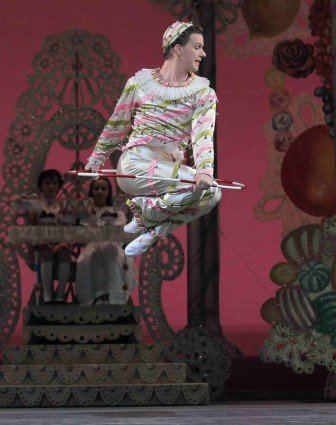 Daniel Ulbricht (and cohorts) spread smiles ear to ear,
With his hoop hopping prowess honed over the years.

Hyltin and her Cavalier Andrew Veyette
Made their pas de deux sing like an aria at the Met.

With speed and power and impeccable phrasing
(It’s tough to believe that she just had a baby). 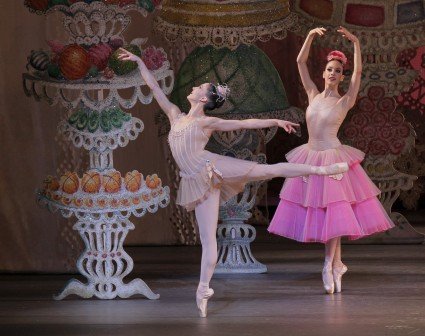 This Nut’s a fine spectacle; there’s no denying.
But the production’s much greater than ooohing and aaahing.

In those old and young it triggers delight,
And who’s to say that that alone isn’t just right.

But it’s more than just joy; it’s fine dance and theater,
And easy to want to see year after year. 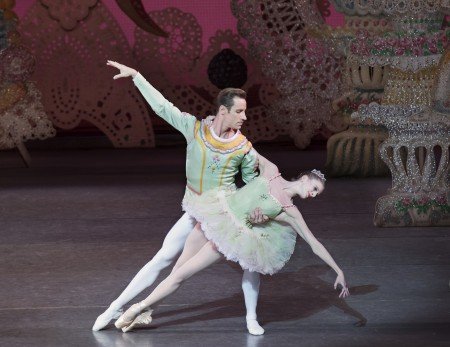 It’s a shot in the arm; an evening that’s magical
For viewers and dancers and critics too logical.

So don’t dismiss Nut as a dance of the season.
It’s way more than that – it gives all a reason

To think of ballet as an art that delivers
Dreams coming true; and happy new years.

So with that I’ll conclude this unusual review
And hope that it pleases each one of you.