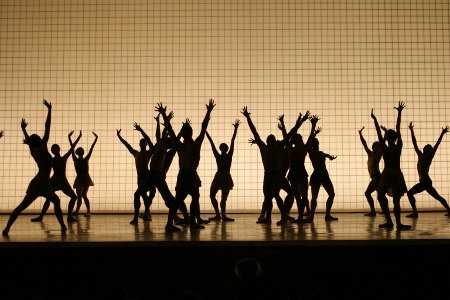 It gets somewhat tiresome to keep recognizing, and trumpeting, the capabilities of New York City Ballet dancers at all levels, but recent programs on January 27, 30, and February 6, which included significant role debuts, make it impossible to ignore or overstate the company’s depth of talent, as well as the breadth of its repertory.

I was in the audience when Ballo della Regina premiered on January 12, 1978, and I remember vividly the cheers that began while Merrill Ashley was still in the process of completing her concluding pas de deux, grew through the ballet’s conclusion, and erupted into a roar at its end and through multiple curtain calls. The ovation was not only for Ashley, who well deserved it; it was also very obviously a salute to Balanchine from a grateful audience. I overheard thrilled ballet-goers with smiles on their faces repeatedly proclaiming to anyone within earshot: “He’s back!” What they were referring to was that Ballo was the return to the form and brilliance that members of the NYCB audience had been waiting for: another great Balanchine neo-classical creation, rather than an avant garde exercise or an elaboration on a particular style which NYCB audiences – at least those in the orchestra – largely tolerated as examples of Balanchine’s genius but otherwise generally didn’t seem to like much.

Ballo della Regina returned to NYCB’s active repertory this Winter 2016 season, and I caught up with it on the remarkable February 6 matinee program, which also was the occasion for Tiler Peck’s debut in the leading role. Ballo includes some of Balanchine’s wickedest choreography for its lead ballerina, and Peck not only executed brilliantly (including the two-footed hops en pointe, and the freeze-frame conclusion of the final pas de deux), she filled her performance with nuances and stretched phrasing as if she’d been dancing the role for years. Peck doesn’t have many opportunities to look regal, but here she gave a performance fit for a queen.

The piece is taken from ballet music eventually cut from Verdi’s score for the opera Don Carlo. The ballet, originally choreographed by Lucien Petipa, visualized a fisherman’s search for a perfect gem in an ocean grotto, and was separately titled La Peregrina (which just happens to be the name of one of the most famous pearls in the world). It was originally placed at the beginning of Act III (of five acts) of the opera, and perhaps was intended as a balletic metaphor for Don Carlo’s longing for his ‘pearl’ – his step-mother (don’t ask). The word ‘peregrina’ also has a double-meaning – pilgrim or wanderer – which similarly fits the Don Carlo story. In any event, pearls naturally reside underwater. Accordingly, Balanchine’s ballet has an aquatic feel to it (arms push out occasionally as if treading or pushing backwards against water), but this never interferes with the overall impact. On the contrary – it enhances it.

Peck was not alone in her debut, or in providing a distinguished performance. In featured roles, each of which was a debut, Brittany Pollack (a soloist), Sara Adams, Alexa Maxwell, and Emilie Gerrity (each a member of the corps) excelled as well, with Pollack and Maxwell showing particularly strong attack and vibrancy. Gonzalo Garcia displayed adequate partnering capability and zest in the lead male role, but lacked sufficient elevation in his leaps (well, ok, it’s underwater), and either overshot or undershot his turns too frequently.

Later in the same year that Balanchine created Ballo, he crafted Kammermusik No. 2. Kammermusik reflects a distinct kinship with Balanchine’s earlier iconic Stravinsky ballets: Agon and Symphony in Three Movements. Indeed, like Three Movements, Kammermusik has a jazzy, art deco feel to it, which fits Paul Hindemith’s music, one of a series of seven kammermusik (chamber music) pieces he composed between 1923 and 1933.

I doubt that there is a better introduction (it’s a relatively short piece) to Balanchine’s ‘contemporary’ style. Not only is the choreography in Kammermusik as contemporary-looking today as it must have looked at its premiere, it masterfully integrates relatively novel (for ballet) movement qualities – flexed hands and feet; backward thrusts for the women, for example – and adds both dynamism and an inherent sense of excitement. Even knowing Balanchine’s genius and the breadth of his creativity, the realization that he choreographed Ballo and Kammermusik sequentially never ceases to amaze.

The lead women for the Kammermusik No. 2 performance who dance in counterpoint to each other and to the striking eight-dancer male corps, Rebecca Krohn and Abi Stafford, excelled, with Stafford, a principal dancer since 2007, demonstrating remarkable vigor and no diminution of ability at this point in her career. The roles of the two lead male dancers, danced by Adrian Danchig-Waring and Ask la Cour, are not nearly as complex or spectacular-looking, but both performed well.

Tchaikovsky Suite No. 3, the third piece in this superb program, is a synthesis of what I’ve previously described as the Balanchine/Tchaikovsky ‘collaboration’, and it’s an unquestionable masterwork. Like the music for the suite, the four ballets – and particularly the final component, Tema Con Variazioni (Theme and Variations) – seem incompatible. But the more you see the ballet, the more clear it becomes how compatible they are. And Balanchine makes the entire suite visually evolutionary – from almost overly romantic, to dramatic, to frenetic; from pointe shoes to ballet slippers to barefoot; with the final movement placing it all in a classical context.

Teresa Reichlen and Zachary Catazaro led the Elegie with more melodrama than I’ve seen previously, but it was not overdone and, in fact, made the segment all the more compelling. Erica Pereira and Antonio Carmena led the Scherzo, and Megan Fairchild and Joaquin De Luz did fine work with Theme. But the performance by soloist Ashley Laracey (partnered by Jared Angle) in Valse Melancolique was particularly noteworthy. In a role that is intended to reflect the music’s air of mystery, but which frequently comes across simply enigmatic or, alternatively, too bland, Laracey injected drama and vibrancy. Hers was the kind of performance that allows you to see a ballet, or a segment of one, with fresh eyes.

Jerome Robbins’s Glass Pieces returned to the NYCB repertory on a program together with Liebeslieder Walzer, which I saw on January 27. Liebeslieder Walzer consists of a series of dances (primarily duets) to waltz music by Johannes Brahms inspired by German love poems, to which these poems are sung. It’s filled with emotional nuance and is brilliantly crafted; every turn of the head, every bend in the hand, carries meaning, and every individual dance is distinctive. And the performances – by Rebecca Krohn and Russell Janzen, Sterling Hyltin and Jared Angle, Tiler Peck and Amar Ramasar, and Megan Fairchild and Chase Finlay – complemented the brilliance of the choreography.

But to me, Liebeslieder Walzer is a ‘cold’ ballet. The audience knows the emotions are there, but they’re private; trapped within period mannerism and limitations on expression. I watch it and admire the quality, detail, and muted passion, but it never draws me in. Glass Pieces, on the other hand, to me is a ‘hot’ ballet. That is, even though there is little in the way of emotional nuance, the ballet is so exciting to watch unfold that I’m drawn in (together, as far as I can determine, with the rest of the audience). Krohn and Ramasar carried the central ‘Facades’ segment admirably.

Several of the featured corps dancers in Glass Pieces also excelled in the January 30 matinee program, which was chockablock with role debuts. In her debut in one of the four leading roles in Who Cares?, Unity Phelan provided another demonstration of why she’s been given increasing role opportunities. In her featured solo in particular (I’ll Build a Stairway to Paradise) she lent the segment a much-needed sense of buoyancy, in addition to providing the superlative execution that all NYCB dancers I’ve seen in this role routinely deliver. Joseph Gordon’s debut in the lead male role was danced at a remarkably high level, especially considering that his scheduled partner, Lauren Lovette, had to withdraw because of injury (replaced by Megan Fairchild, who danced the role admirably). While Gordon doesn’t yet have the presence of, say, Robert Fairchild, who I saw in this role at the beginning of the season, he makes up for it with an abundance of ability and contagious youthful enthusiasm. Pollack danced the third featured role debut, and excelled as well – particularly in her duet with Gordon in Embraceable You.

The January 30 program also included repeat performances of Fancy Free and Barber Violin Concerto which have been previously reviewed. But I would be remiss not to acknowledge the superlative performance of soloist Georgina Pazcoguin in the latter, in the role of the ‘modern’ female dancer – the first time I’ve seen her in this role. Her performance devoured space, and dominated the stage. In a word, she was spectacular.