Jane Eyre, that most beloved of English novels, has been transformed by Northern Ballet into a superb evening of dance drama. David Nixon’s company of dancers are adept at bringing characters to life and, given this excellent vehicle, they took the bit between their teeth and scored on every count. 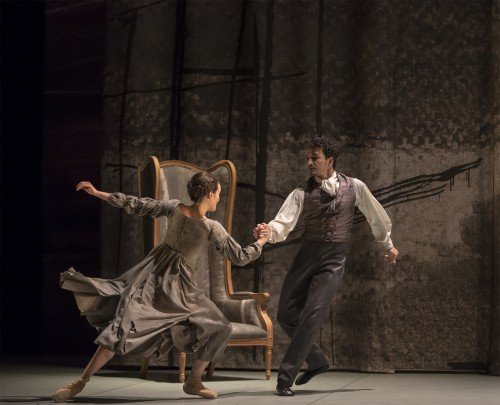 It’s a complicated book but Cathy Marston’s choreography, supported by Patrick Kinmonth’s set design and the scenario, credited to both artists, has captured the essence and highlighted the dramatic turning points, while keeping a wealth of texture and depth in the background. Central is the spirited Jane Eyre, a young woman who finds strength through adversity and glows with intelligence and passion: seldom has she been so well expressed in dance. In Antoinette Brooks-Daw, as young Jane, and Dreda Blow as the adult Jane, the character comes vividly to life. In a clever dramatic ploy, a posse of eight ‘D-Men’, are introduced. They are aspects of the male who inhabit Jane’s imagination, an elusive presence, infiltrating what would otherwise be her moments of soliloquy. They add not only vivid choreographic colour but enhance the emotional depth. 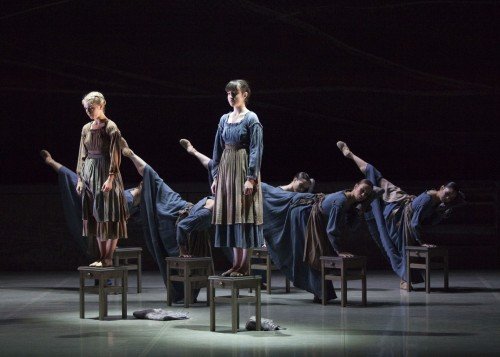 As Edward Rochester, brooding and sexually intense, Javier Torres, looks and dances the part. He too has choreography that eloquently shapes his character from the opening encounter, imaginatively conceived through a saddle, bridle and whip. Later in a revealing moment, sitting indolently in an easy chair, he extends a pointed foot to block Jane’s exit from his presence. The duets develop from an awakening of shared emotion after the first fire where, shaken from events and exposed in their nightwear, the arousal of feelings between the two is spine tingling. Finally, having weathered the vicissitudes of life, they stand together as equals, able to tease and play in the reconciliation duet, secure in their devotion. Then as the lights fade, Jane takes one step forward to stand alone, a singular and remarkable woman. 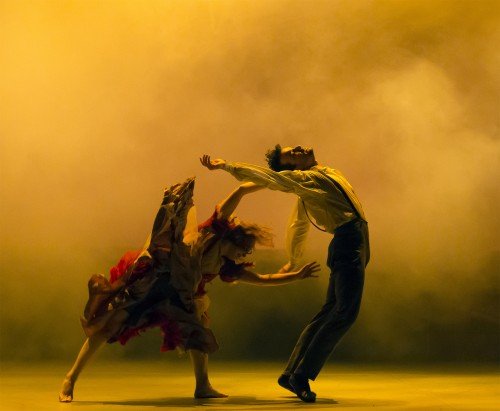 Sean Bates gave a sensitive reading of the kindly Rev. St John Rivers and Pippa Moore as Mrs Fairfax, made an eccentric cameo skipping in quaint pas de bourrées. Adele, Rachel Gillespie, leapt from the pages of the book to become a lovable bubbly child. Bertha Mason, danced by Victoria Sibson, dressed in flame-red brought both the fire and slightly overwrought melodrama.

Kinmonth’s versatile set, a mirage of lightweight screens enables the action to flow effortlessly: moving from interior to exterior and never losing contact with the wildness of Charlotte Brontë’s Yorkshire moors. They also divide the stage into adaptable spaces to indicate arrivals, departures and other rooms, accommodating both the world of dreams and immediate action.

Philip Feeney’s commissioned score accompanies the work, unobtrusively providing a potent ambience, with occasional revisiting of classical music, by Fanny Mendelssohn and others, to reinforce a sense of period. It was given a quality performance by the Northern Ballet Sinfonia under the sensitive baton of John Pryce-Jones.

Northern Ballet is a company that always gives full measure, never short changing their audience. This is a ballet guaranteed to please audiences up and down the country, both those who like works with a strong sense of tradition and those who embrace the new.