It had all the trappings of the finest of New York City Ballet Galas. Long lines waiting to get into the theater, patrons dressed to the nines (and ordinary plebeians dressed to the sevens or eights); an air of high expectation, no intermissions; and a packed house. But it wasn’t a Gala. It was better than a Gala, more significant than a Gala, and more miraculous than any Gala I can recall. It was an Event: not just the opening night of another NYCB season, but the reopening of ballet performances before a live audience in a major New York dance venue – to my knowledge, the first in roughly 18 months. And it was electric – for the magnificent NYCB dancers and the equally magnificent NYCB Orchestra, and for the audience. It was a Celebration. 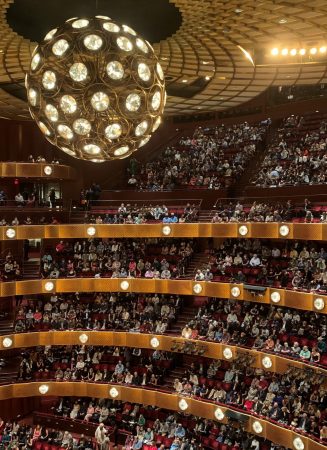 The fact that the performance itself was extraordinary was icing on the cake. For ballet, indeed, for the performing arts in general, it doesn’t get much better than it was last night. Even limiting attendees to those fully vaccinated, and requiring that all wear masks (as NYC presently requires for indoor performance venues) didn’t damper anyone’s spirits.

Last night’s 2021 Fall Season opening night program included two George Balanchine masterpieces, Serenade and Symphony in C, which bracketed Christopher Wheeldon’s pas de deux from After the Rain. These dances were carefully (and well) chosen: the two Balanchine pieces are ensemble works that highlight the company as a whole as well as the featured dancers and demi-soloists, and the pas de deux was performed by two exceptional NYCB dancers who are retiring at the end of this season. 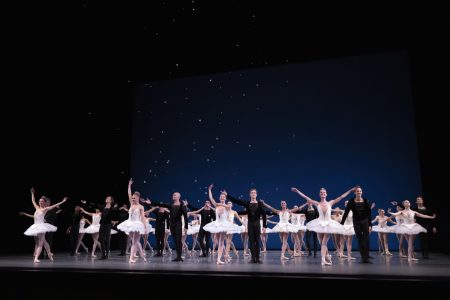 This review will not be a critical one, not just because there is very little to criticize (and nothing of significance), but because saying anything in any way negative would violate the evening’s overwhelming collective sense of joy. And the fact that I will highlight some dancers’ performances below is not intended to detract from the overall excellence of all the performances. 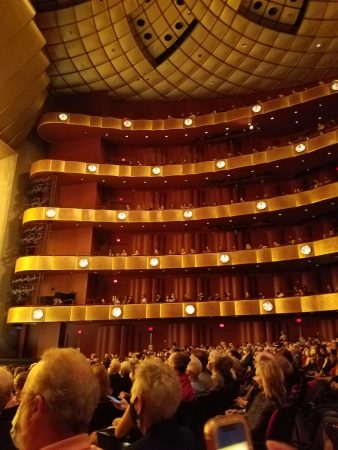 Partial view of the audience
at the NYCB 09.21.21 performance
Photo by Jerry Hochman

The audience, filled to the DHK Theater’s fifth ring, was almost as much of a “star” as the dancers. At first all seemed impatient for the program to begin. A lengthy delay, perhaps caused by the process of inspecting attendees for proof of vaccination and confirmation of identity, prompted some scattered “lets-get-on-with-it” rhythmic clapping. Then, finally, when members of the orchestra began to take their seats, the applause began in earnest, reaching a crescendo when lights dimmed and Music Director / Conductor Andrew Litton entered and assumed his position.

And when the curtain rose on the NYCB corps in Serenade’s iconic opening image, the audience collectively exploded with applause and cheers (and not a few tears as well) – before the dancers even took a step. The first ballet that Balanchine created in America and probably the most beloved ballet in the NYCB repertoire, Serenade was the best, and the only, choice that could have been made to open this program. Even though it has no “story,” Serenade speaks volumes about Balanchine’s creativity and genius (it’s astonishing how this ballet came together), and serves as a collective metaphor for ballet in general, for NYCB in particular, and … well, for life.

When I first started reviewing more than 15 years ago, I recall writing that the company at that time performed the Balanchine masterpieces like Serenade well, but somewhat reverentially. Not on this program. At all levels this performance was alive with palpable energy that flowed back and forth across the proscenium. Simply put, it was the finest performance of Serenade that I’ve seen. 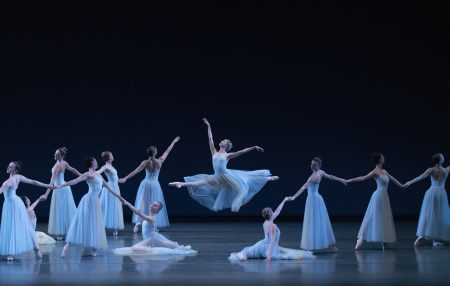 Leading the cast was Sterling Hyltin, utterly magnificent as the “waltz girl.” I thought I’d seen everything to be seen in that role, but Hyltin showed me more, including two or three examples of timing extensions (drawing out a phrase seemingly more than the music or Balanchine’s choreography permitted – but executing it so exquisitely that it fit perfectly) that I don’t recall previously seeing. And Adrian Danchig-Waring danced with extraordinary passion on his own, but he was also Hyltin’s superb partner through most of the piece. The first time he lifted her was so effortless and ethereal that it brought to mind similar lifts by Albrecht in Act II of Giselle, albeit without the Romantic stylization. Perfection. 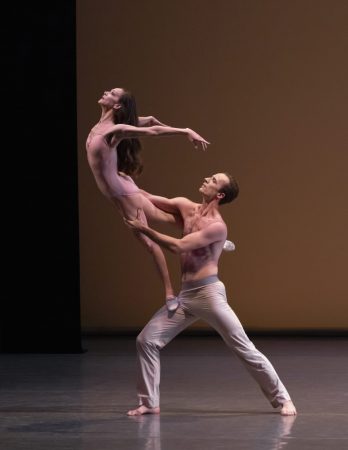 Wheeldon’s After the Rain pas de deux may not be a classic like the Balanchine pieces, but it’s hardly unfamiliar, and it’s never less than extraordinarily moving. At this performance, however, Maria Kowroski and Ask la Cour mined new veins of emotion while maintaining that emotion subservient to Wheeldon’s crystalline choreography. Like Serenade, it will performed again later this season, and their performance simply must be seen.

Not being performed later this season (apparently specially scheduled for this program) was the evening’s final piece, Symphony in C. Created in 1947 for the Paris Opera Ballet in 1947 (then titled Le Ballet de Cristal), Symphony in C premiered with NYCB the following year sans sets and with its new title, befitting the streamlined ballet company he was creating in New York. The musical facets that Balanchine explores here, within Bizet’s musical structure, are faithful to the music’s spirit, but his choreography provides the music with new life. The lead dancers for each of the four movements were, respectively, Megan Fairchild and Joseph Gordon (with Gordon particularly scintillating), Sara Mearns and Tyler Angle (Mearns’s often dour presence worked perfectly for the Second Movement Adagio, and Angle – his head now shaven and almost unrecognizable at first – partnered her flawlessly); Indiana Woodward and Harrison Ball (Woodward being a marvel of power, speed, and grace); and Lauren King and Andrew Scordato. 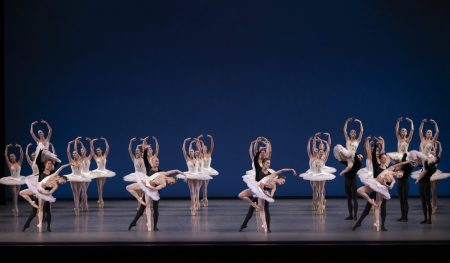 Before Symphony in C, and following brief celebratory comments by Artistic Directly Jonathan Stafford and Associate Assistant Director Wendy Whelan, the audience was treated to a special “concert” performance of Tchaikovsky’s  “Waltz of the Flowers” (from The Nutcracker Suite) by the incomparable NYCB Orchestra. If you closed your eyes you could see images of one or another NYCB ballerina executing Balanchine’s choreography, but the musical execution was thrilling enough just to listen to. I’ve written this before, but it bears repeating: the NYCB Orchestra is without question one of the finest orchestras in the world. 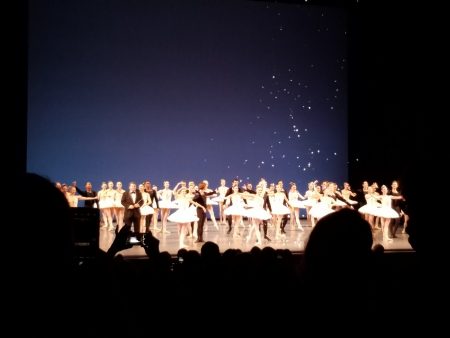 When Symphony in C ended with Bizet’s and Balanchine’s twinkle-in-their-eyes little flourish, the audience, once again, erupted. The cheering, the standing ovation, and the simple joy continued through multiple curtain calls, punctuated by confetti flowing from the rafters above the stage. And as I walked out of the theater, with the audience still on its collective feet, the sound I heard in my head wasn’t just cheering – it was Three Dog Night’s “Celebrate, Celebrate, Dance to the Music”!