Spring rituals are an enduring thing and sometimes a catalyst for religion and art. Such is the case for Oregon Ballet Theatre’s recent excellent program with four works, each based on something related to the earth, to nature, or to the seasons — all perfectly on display in Portland’s mid-sized Newmark Theatre, which is just right for this intimacy. 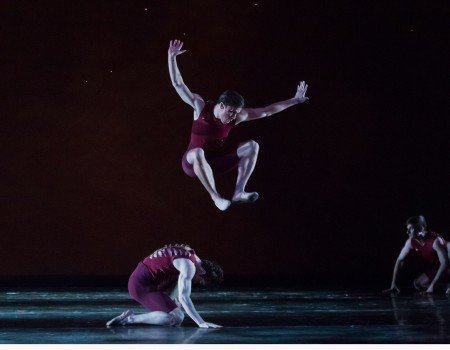 Premiering was Helen Pickett’s earthy Terra, lit and costumed in earth tones. Pickett has the dancers make full use of the “earth” of the stage and, to me, references occasionally some earlier dance iterations of Stravinsky’s Rite of Spring, with pounding, guttural sounds, scooting in wide second positions, and the overall sense and patina of the piece.

Two works were representative of the earthy palette of Nacho Duato. 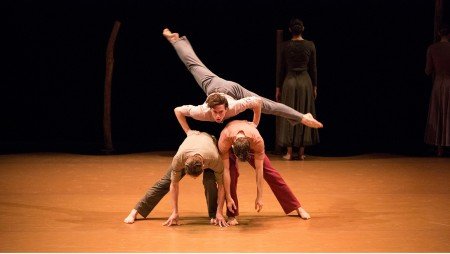 The first was a lovely and very lyric duet, El Naranjo (excerpt from Gnawa) which did have the perfume the title suggests — an orange grove. Since the performance retirement of OBT Principal Dancer Alison Roper, no one has really replaced her exactly until now. In steps Jacqueline Straughan — equally long-limbed and endowed with technical fluency and resolve, who was showcased in this brief duet. Well matched with her was Peter Franc, whose own technique shines and who began the piece, lying on the “earth.” His gestures and movement suggested search and longing. I liked how Duato concludes the duet with the two dancers walking together, head to shoulders, center upstage. 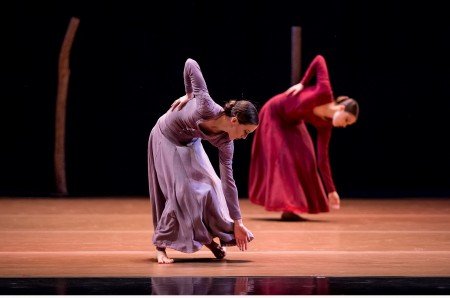 Audiences have enjoyed Duato’s first dance creation, Jardi Tancat (“Enclosed Garden”), since its 1983 premiere, and now those at OBT have a chance to enjoy it, too. Beginning also with the dancers on the floor, it depicts sun, heat, begging for rain, working the ground, some sorrow, and a sense of village community. Featuring a recording in the Catalan language by Maria del Mar Bonet, Jardi Tancat is a work that engages and is the perfect representation of “terra.” Kudos to the cast (Martina Chavez with Colby Parsons; Emily Parker and Michael Linsmeier; and Kelsie Nobriga with Brian Simcoe) and to OBT Artistic Director Kevin Irving for his faithful and fine staging of it. Each dancer had Duato’s style down and the groups breathed and moved as one. 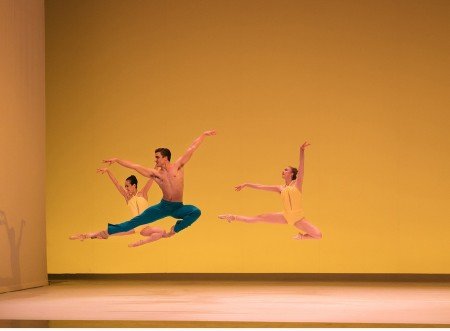 When Pickett’s Petal premiered at OBT in 2014, I immediately fell in love with the cheer and sunniness of this ballet, itself inspired by the choreographer being impressed by the vibrancy of a Gerbera Daisy. I also recall, speaking of Alison Roper, that this was one of the last, if not the last, work that she danced in before leaving the stage. Ballet Master Jeffrey Stanton did a superb job of recreating and setting/teaching this work to the OBT company for this revival. This upbeat ballet was superbly served by its cast of Thomas Baker; Candace Bouchard; Xuan Cheng; Ansa Deguchi; Linsmeier; Parker; Avery Reiners, and Simcoe.

Next up for OBT is its “Choreography XX” program, in June, which celebrates dance created by women. Three are represented: Giaconda Barbuto, Helen Simoneau, and Nicole Haskins. June 29-30 at the Washington Park Rose Garden Amphitheater. www.obt/choreographyXX.