There’s something different in the air at Pennsylvania Ballet. It’s not just the infusion of new energy that Angel Corella (not unexpectedly) seemed to bring with him when he took over as Artistic Director in the fall of 2014, nor the identity shift that occurred (not surprisingly) when seventeen (of forty-three) dancers left the company at the end of the 2016 spring season. It’s as though the company has found another gear, and has decidedly shifted into it. There’s always been excitement in the air – but now it feels electric.

Fresh off the success of Corella’s Le Corsaire last month, Pennsylvania Ballet served up another winner – a spring program including the world premiere of Nicolo Fonte’s Ghost Stories, the company premiere of Nacho Duato’s Remansos, and George Balanchine’s Western Symphony.

This penultimate program of the 2017 spring season began with Fonte’s Ghost Stories, set to music by Ezio Bosso and Max Richter. Inspired primarily by the four-movement score, Fonte comments in the program notes that “the music creates for me a subtext in which to explore simple choreographic structures that reveal emotional resonances inherent in the flow of motion.” Set on an austere dark stage with ethereal lighting from above (by Brad Fields), in simple olive-green dresses for the women and dark blue pants for the men (costumes by Martha Chamberlain), the dancers’ forms are the focus as the haunting music fills the space. 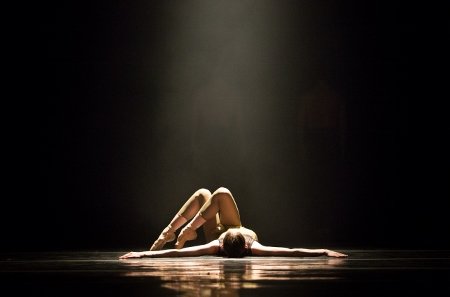 The spotlight reveals a single dancer lying with arms outstretched on the floor, face up to the light and head toward the audience, with knees bent and legs crossed severely to the side, creating more of a geometric structure than a natural pose for a human body.  However, as the dancer (Oksana Maslova at this performance) unravels and arises, true human emotion seems to emanate from every limb. Maslova is so mesmerizing that before one realizes it, she is joined by two men who had been standing in the shadows, and then two more women join the group. Soon there are seven dancers on stage, and then ten as the tempo quickens and the music crescendos. Though they don’t interact at this point, the dancers seem to share a common emotional experience as they collectively dance the unison sequence. 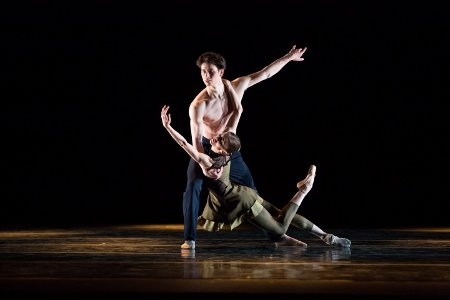 The dancers exude emotion as they transition from pairs to trios and even larger groups, sometimes seeming to dance in slow motion, and other times with full unbridled fervor. There is undeniable chemistry in the cast of eleven who all deserve individual mention (with Maslova, Sterling Baca, Dayesi Torriente, James Ihde, Alexandra Hughes, Ian Hussey, Nayara Lopes, Harrison Monaco, Yuka Iseda, Aaron Anker, and Albert Gordon). Their physical connection is apparent in the remarkably athletic interactions that are performed so skillfully they seem effortless, but their emotional connection is evident even in the more subtle moments – a hand on the cheek, a touch of the arm.

There are no specific stories told here, despite the piece’s title, but there is infinite meaning in the movements from and between the dancers. The audience certainly felt it, as evidenced by the multiple bows demanded by enthusiastic and insistent applause. 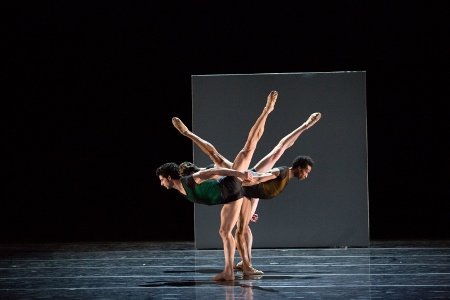 Duato’s Remansos followed, a piece for three couples, but specifically showcasing the remarkable talents of Baca, Jermel Johnson, and Arian Molina Soca. It’s no surprise that the piece was born as Remanso for three men in 1997 and later evolved to Remansos in 1998, adding three women to the original staging. It’s not that Mayara Pineiro, Lillian DiPiazza, and Ana Calderon were not each excellent – they most certainly were. However the three men remain the heart of the piece, and their performances alone would be worth the price of admission. 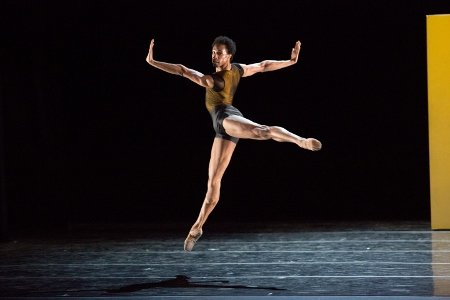 When I first saw Johnson perform with Pennsylvania Ballet over a decade ago, I was astounded by his strength and athleticism. I used to feel that if ballet were adjudicated like old-school figure skating, back then he’d blow away the competition in the technical program, but maybe someone might catch him in the artistic program. Now, having grown as an artist, and having been a principal dancer for the past five years, Johnson’s emotion, artistry, and nuance are just as remarkable as his gravity-defying leaps.

Baca, who joined Pennsylvania Ballet as a principal dancer last year, seemed to emanate emotion from every part of his being, down to his little finger. Simultaneously aggressive and delicate, athletic and graceful, comical and serious, he was absolutely bewitching to watch. Arian Molina Soca rounded out the powerhouse trio, performing feats of athleticism so subtly and effortlessly that you sometimes stopped and wondered if you really did just see him do that. 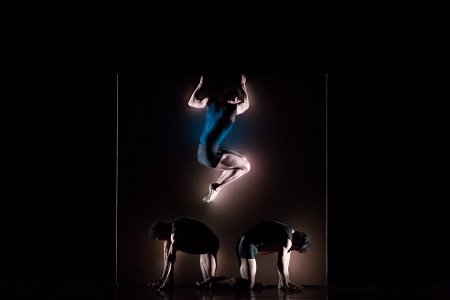 Solo Pianist Martha Koeneman took her own well deserved bow with the dancers at the end of the piece. She provided the music by Enrique Granados so flawlessly, it’s inconceivable that it was her first time learning the score for Remansos. The playbill included a wonderful article on her over-forty-year career at Pennsylvania Ballet.

The program concluded with Balanchine’s Western Symphony, a crowd-pleasing good old fashioned romp in the Old West set to familiar music from the American West by Hershy Kay. The four cowboys (Aaron Anker, Aleksey Babayev, Michael Holden, and Harrison Monaco) with eight dance hall girls (Jacqueline Callahan, Therese Davis, Adrianna de Svastich, Marjorie Feiring, Holly Lynn Fusco, Alexandra Heier, Alexandra Hughes, and Elizabeth Wallace) got the party started in the First Movement with their lively dancing – you could almost imagine the clouds of dust rising from the road as they kicked up their heels in front of an Old West backdrop.

Amy Aldridge, who will retire at the end of this season, was radiant opposite James Ihde. Both 20+ year veterans of the company, the pair danced easily, effortlessly, and enthusiastically together. When Aldridge blew kisses and waved to the audience at the end of their feature, it was as if her farewell tour is already starting. 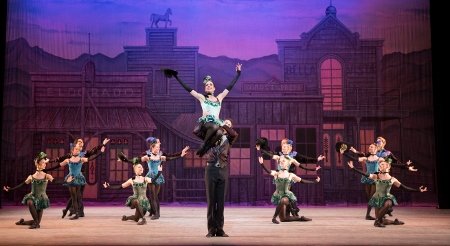 The Second Movement featured a sweet and sassy Maslova and an aw-shucks charming Craig Wasserman, with Ana Calderon, Marria Cosentino-Chapin, Yuka Iseda, and Kathyrn Manger. The Third Movement brought back Johnson’s acrobatics paired with Pineiro, with Callahan, de Svastich, Heier, and Hughes. An uncharacteristic slip by Pineiro drew gasps from the audience, but her quick feet in her sautés and leaps that followed erased any concern for injury during the brief fall.

The Fourth movement gave Alexsey Babayev and Dayesi Torriente an opportunity to show off their playfulness and quick feet. Babayev was impressive in his series of leaps and double tours, and Torriente was steady in her sequence of fouettes. The audience was already clapping with the beat as the entire ensemble returned to the stage to close the piece, the curtain dropping as they continued to pirouette – giving the sense that the party at Pennsylvania Ballet won’t stop even after the audience leaves.

The company’s final spring program, Re/Action, will run May 11-14 at the Academy of Music. Given the trajectory the company is on at this point, this final program is not to be missed.