There’s so much activity, virtual and otherwise, going on in the dance world that it’s a challenge at best to keep track of a fraction of it, much less all that’s out there. One that appears to be a bit different has been scheduled by BalletCollective (“BC”), the company founded ten years ago by New York City Ballet Soloist Troy Schumacher, its Artistic Director.  Instead of streaming a live (or pre-recorded) performance, which also will be available, BC will perform for live audiences from September 10-12 at a tranquil private reserve in Pine Plains, New York, in a newly-created piece that features dancers from NYCB and the Martha Graham Dance Company.

Of course, given current COVID-19 restrictions, it’s not quite that simple. I’ll explain below. First I’ll address the company, and the program.

BC, several programs of which I’ve reviewed previously, is what it sounds like – a collective of dancers, choreographers, and musicians who together inspire each other and create a dance. That’s not so unusual – such “collectives” abound. But BC may be distinguished by its process. The company describes the process as follows: BC connects choreographers with composers, together they choose a “non-performative” artist. The trio exchanges ideas in their work and the season’s curatorial concept. The visual artist or writer develops a work of source art for the composer and choreographer to utilize as inspiration for the piece and as a tool to ground the artistic conversation. The source art does not necessarily become part of the final work, but it could not exist without it. 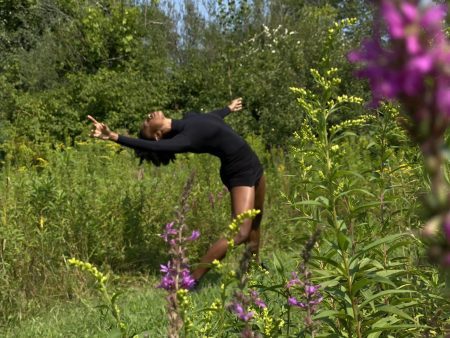 In this case, the dance that will have its public premiere on during this run, titled Natural History, is choreographed by Schumacher to a score by his frequent collaborator, Ellis Ludwig-Leone, based on commissioned poems by Contributing Artist Carey McHugh. The dance’s content sounds intriguing: Natural History’s subject matter, per the description BC provided, is about memory and loss focused on a ‘before and after’, inspired by the worldwide COVID-19 pandemic and a reimagination of the future of concert dance. During the creative process, the creative team visited the Museum of Natural History (in New York) before it was forced to close, and conferred with the director of the Alzheimer’s Disease Research Center at Columbia University on the mechanics of memory and the memory of their visit to the museum. These experiences coupled with the early days of the pandemic resulted in the two poems that formed the inspiration for the music and dance.

The creation process for Natural History has conformed to COVID-19 safety protocols: the group self-quarantined for two weeks, and a four week rehearsal period closed to the outside world. 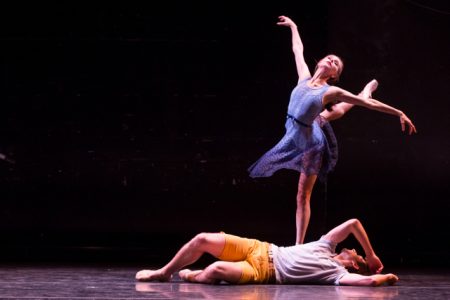 The performances will also adhere to these requirements. Audience members will be able to view the premiere from either the safety of their vehicle, as a drive-in event, or while placed in pre-allocated socially distant lawn seating for limited numbers. For those who cannot attend, BC has also commissioned an “immersive” film of the ballet and each performance will be livestreamed on the company’s YouTube page. Admission is free (although contributions are encouraged), seating and auto positions are strictly limited for each of the scheduled performances (September 10 at 6:15 p.m., and September 12 at 2:30 p.m. and 6:15 p.m.— with September 13 at 2:30 p.m. and / or 6:15 p.m. as an alternate date if rains cancels one or more of the regularly scheduled performances), and reservations are required.

Source art into dance from BalletCollective