It was a bit of an unreal deja-vu (all over again) experience going into Coriolis Dance’s rehearsal space at NEST across the street from Seattle’s lovely Green Lake. Unreal, as I had taken a summer of ballet classes daily there in the mid-1970s. I even still have my METRO bus pass in my possession (I’ve kept it as it has about the only photo of me with long hair — and more of it). Also unreal, as I hadn’t realized the studio space was still there. (I since understand that it is has been a dance studio, tap studio, yoga space, and a dance studio yet again.) That was a heady summer — religiously taking class from my first male ballet teacher, Bill (William) Earl, or when he wasn’t teaching, Lynne-Marie Williams (who also took class with us). In a feat of unparalleled “six-degrees-of-separation,” Lynne-Marie was not only Patricia Barker’s first ballet teacher in Washington State’s Tri-Cities (Pasco, Kennewick, and Richland), but she and I went to the same high school in Kirkland, AND my mother (an elementary school teacher) worked for her father (who was the school’s principal).

Unreal further still, as Lynne-Marie was one of the best dancers in Seattle at the time — amazing technique (trained locally and at SAB, before a career at Boston Ballet). Her chainé turns strong, speedy, and with intention were very memorable from this very spot. So here I was, over 40 years later, in the same space, watching and enjoying some of the best dancers in Seattle today, where Artistic Director and choreographer Natascha Greenwalt was running through sections of an upcoming show.

(And to additionally compound this, I was sitting next to someone — a colleague who had danced for about a year in the modern dance company — Repertory Dancers Northwest — of which I had been a principal; the long-legged and lovely Lodi McClellan, now a professor of dance at Cornish College of the Arts.) 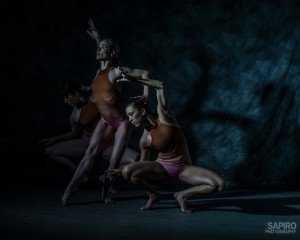 I was in hog heaven. What’s not to like and relish observing these highly-trained dancers pulse through their assignments? Greenwalt deploys ballet’s vocabulary, infused with her own contemporary quirks and intelligent personality, smartly moving them in the excerpts. In addition to herself, the dancers included Sylvain Boulet, Katherine Murphy, Mariko Nagashima, Thomas Phelan, Lara Seefeldt, and Hannah Simmons.

Greenwalt thinks big, and she and her dancers move this way also. No “tiny dances” here. From full ensembles to a triple duo to smaller groupings, the dance and dancers move quickly and smoothly. Her concept is based on the legend of Metis, who was transformed into a fly but still managed to accomplish great things through her skill and wit. Greenwalt describes at least one of the sections as being linked to difficult times in her own life.

I found what I saw lovely, hovering on the profound, and beautifully danced, so I am compelled to see the complete upcoming show.

See below for more information and tickets. 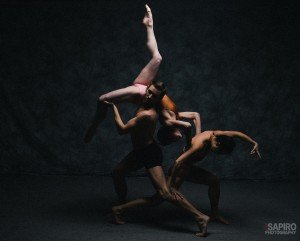 About Natascha Greenwalt
Natascha Greenwalt is a Walla Walla native. She left the rolling hills to pursue a dance degree, and in 2005 graduated magna cum laude from Cornish College of the Arts as a Kreielsheimer Scholarship recipient. Natascha spent her summers training with the Joffrey Ballet, Alonzo King’s LINES Ballet, and the American Ballet Theatre in New York, as well as the Northwest Professional Dance Project in Portland, OR. She has had the pleasure of performing with many local companies including Ballet Bellevue, DASSdance, and Spectrum Dance Theater before embarking on the adventure of creating Coriolis Dance with Christin Call. It’s been her honor to perform works by Donald Byrd, Zoe Scofield, Jason Ohlberg, Michael Rioux, Sarah Slipper, Twyla Tharp, among many others.

As a choreographer Natascha has been commissioned by Ballet Bellevue, Whitman College, Western Washington University, and as a guest for the Cornish College of the Arts BFA performances. Tethered Apparitions, which she created on Coriolis Dance Collective, received an Artist Trust GAP Award and was presented at Chop Shop: Bodies of Work, Spotlight on Seattle where according to the Seattle Times it was a “highlight” of the festival as well as Coriolis’s own Wing of Egress production. She has been awarded residencies at Studio Current, Open Flight Studios and is currently a Creative Resident at Velocity Dance Center. Natascha is a certified GYROTONIC® instructor at the GYROTONIC® Movement Center, teaches ballet at Westlake Dance Center, Velocity Dance Center, and has served as a guest instructor for Whitman College SDL and the Montana Dance Arts Association, DANCE This and Velocity Dance Center’s Strictly Seattle.

Through reflections on the myth of Metis, nine highly trained contemporary ballet dancers depict what it means to transcend personal trauma and emotional abuse. Live opera and violin utilize a score ranging from Puccini to original compositions and set the stage for this transformative journey of liberation.

Christin Call: What is Home