You’ve heard of it. That NYC-based one-shot Dance Against Cancer program that features well-known dancers from a variety of companies and venues joining to benefit the American Cancer Society: the one that was sold out before you even found out about it, or was too pricey – albeit for a good cause – to afford? Yes – that one. Well, it’s back. And this time, there’s no excuse.

In light of the gradual lifting of Covid restrictions in New York, this year’s program, titled “Dance Against Cancer Outside,” will take place at Lincoln Center’s Damrosch Park on June 21 at 7:30 p.m. EDT (rain date is June 28; same time), and it’s accessible to anyone with an internet connection for a relatively small donation.

Founded by two dancers who both lost a parent to Cancer, over the last 11 years New York City Ballet Principal Daniel Ulbricht and Erin Fogarty have raised $2.1 million dollars for cancer research and patient support services in partnership with the American Cancer Society through annual dance performances. With donated performances by leading dance stars from New York City Ballet, Alvin Ailey, American Ballet Theater, Broadway and more, each dancer involved has been personally impacted by cancer and despite being unemployed for the last year, will appear without receiving a performance fee. This year’s program will feature a special tribute to first responders medical heroes, educators, mentors and the heroes lost to this disease. The one-night-only benefit gala will be the largest ticketed in-person dance event to happen in NYC since the beginning of the pandemic.

This year, in addition to the usual stellar array of dancers detailed below and a bevy of world premieres, there are some bonuses: cancer survivor and former Alvin Ailey American Dance Theatre dancer Kevin Boseman will perform in a dance tribute to his late brother Chadwick Boseman; Nev Schulman (of MTV, and a standout – make that danceout – contestant on last season’s Dancing With the Stars), who will be dancing with NYCB Principal Tiler Peck: and a performance by students from the National Dance Institute and the Boy’s and Girls’ Choir of Harlem Alumni Ensemble, many of whom are first responders and cancer survivors. 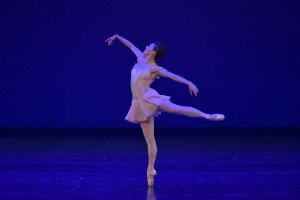 Tickets to attend this event live are $250 each. But this year, streaming tickets will also be available in the following price ranges: $15 for students, $40 for general admission, and $100 for VIP. The VIP ticket includes an event poster signed by the cast, for the first 50 donors. Ticket purchases / donations can be made at dacny.org (where one can also obtain additional information about the program) or by texting DACNY to 44321.