Preview: “Why It Matters”
One Night Only Gala: July 16, 2021
Produced and with Choreography by Lauren Lovette

The first time I saw Lauren Lovette, in her first year as a member of the New York City Ballet corps, it was evident to me (and, I learned later, to others as well) that she possessed a rare talent as well as a stage personality that was at once sweetly innocent and beguilingly sensual. Each of her performances was either magical or scary (as in scary good) or both. Her subsequent rise through the NYCB ranks was meteoric, going from member of the corps in 2010 to Principal Dancer in 2015. 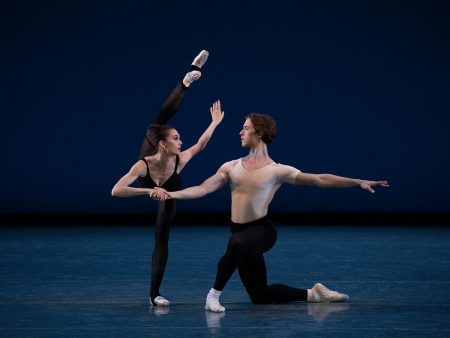 As those readers who regular monitor ballet news know, her career took a new turn the following year. She began choreographing for NYCB in 2016, and her dance For Clara, to me (and again, to others as well) showed great promise. Her two most recent NYCB pieces were included in my Tops in New York Dance lists for 2017 and 2019. Subsequently, she choreographed pieces for American Ballet Theatre, Paul Taylor Dance Company, and ABT Studio Company, among others. And her career’s new turns continue: last Spring she shocked the ballet world by announcing that she was leaving NYCB after its Fall, 2021 season to pursue other interests – primarily choreographing, but that she’d continue to dance as well. 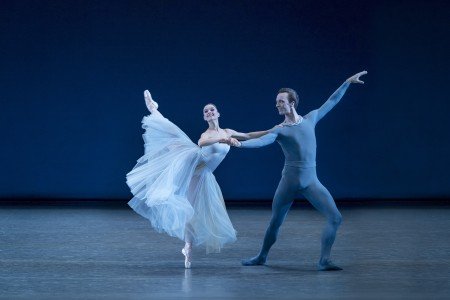 Lovette recently announced that she’s taking on yet another new artistic role: as a producer. On July 16 she’s producing a one-night-only gala titled “Why It Matters,” to bring ballet back to live audiences while major arts performance venues remain dark as a result of the Covid-19 pandemic. The program is offered in mourning for lost lives and performance time, for the desire to express to the world exactly why dance matters, and in celebration of the imminent return of live theater performances and to what the future holds. 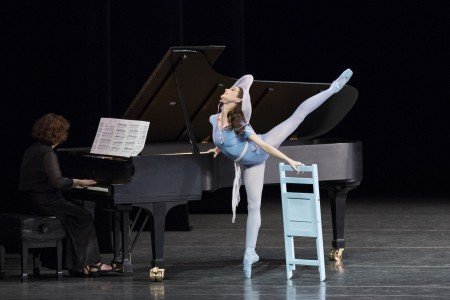 Lauren Lovette, here in a NYCB performance
of Jerome Robbins’s “The Concert”
Photo by Paul Kolnik

Presented by Festival Ballet Ensemble, a 501(c)(3) non-profit organization supporting performance and other creative opportunities for professional dancers, and featuring artists from NYCB, ABT, and San Francisco Ballet, the evening will serve as Lovette’s debut as a producer while building the framework for her future choreographic endeavors after leaving NYCB. The evening is not inexpensive (as of this date I know of no plans to stream it, live or otherwise), but considering what’s being presented, the people involved, and the overall cause, it’s worth considering – especially since the cost of attending the performance itself is less than an orchestra seat at many NYC venues. 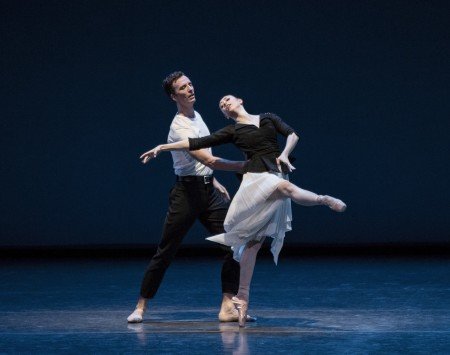 The program will offer four world premieres by Lovette in addition to excerpts from Not Our Fate, which premiered at the 2017 New York City Ballet Fall Gala, and If You’re Gonna Build a Body, Start With the Bones and Good Light, both of which premiered at the 2019 Vail Dance Festival. Presented in a pop-up theater created at the Tribeca-based Spring Studios, Lovette will be joined on stage by NYCB colleagues Unity Phelan, Indiana Woodward, Laine Habony, Victor Abreu, Gilbert Bolden III, and Preston Chamblee; ABT’s Hee Seo, Zimmi Coker, Remy Young, Herman Cornejo, and Patrick Frenette; as well as San Francisco Ballet’s Julian Mackay. In addition to a full evening program, “Why It Matters” will invite patrons to enjoy a pre-performance rooftop cocktail reception, a sunset intermission boasted by 30-foot floor-to-ceiling windows and a spectacular view of Manhattan, and an exclusive 3-course dinner at Spring Studio’s private restaurant.

Performance and ticketing details follow below (and note particularly the Covid-19 Protocols).

All tickets are available at https://whyitmattersdance.com

Spring Studios is located at 50 Varick Street in Manhattan’s TriBeCa neighborhood, accessible by the A, B, D, Q and 4 trains.

Audience members will be required to provide proof of full vaccination, or a negative COVID test administered no more than 72 hours prior to the event. Masks will be required in common areas, as social distancing will not be enforced.