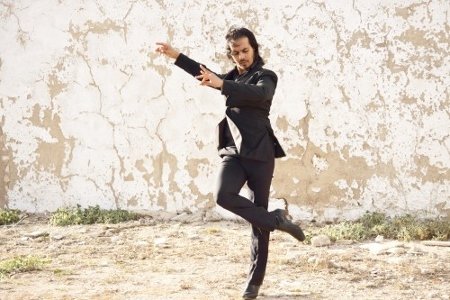 Sadler’s Wells’ ten show Festival continues with a Gala featuring the winners from the Bienal de Flamenco de Sevilla, a month long extravaganza held every two years. The Gala has the simplest staging – no sets, basic lighting – with the artists’ talent the sole focus. The programme opened with Ballet Flamenco de Andalucía who won the best show category with Imágenes. The company dancers are not named in the programme, but make a fine group. A male solo projects the height of macho arrogance with some innovative steps. The sections for the women feature long scarves, carving eye-catching shapes in the air, sometimes like a bird in flight. However, the scarf work was overplayed, as it meant the serpentine hands and corps de bras – some of the delights of Flamenco – were lost.

Next came Manuel Valencia, winner of best guitarist. In contrast to the flamboyance we usually associate with Flamenco, Valencia walked on in an unassuming manner, as if puzzled why he had been invited. And then he started to play. There was a gentle quality even in his most complex ornamentations and the slow, melancholy tunes with subtle changes of rhythm were a delight. 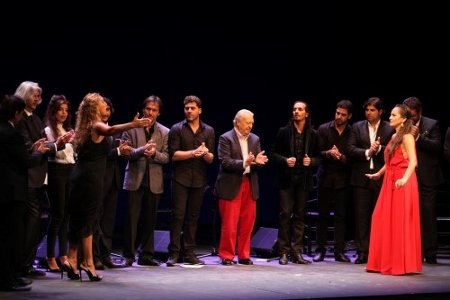 The centre of the Gala featured two singers. Legendary “El Lebrijano”, honoured for his artistic career at Sevilla, was clearly held in the highest esteem by his colleagues on-stage as well as by many in the audience. A figure shuffling to take his place and squirming in his seat to get comfortable was transformed when he sang – his deep resonant voice commanding the theatre as he scaled passionate heights.  Antonio Reyes took the best singer award and was in sharp contrast to his “El Lebrijano”, with a more nasal voice, but equalling his passion and revelling in elaborate ornamentations. I cannot claim any expertise with Flamenco singing, but it was fascinating to hear prime examples.

The formal part of the Gala closed with Farruquito who won the best dancer accolade. At first we see him sitting, beating a rhythm on a special table. But when he rises, he begins to prowl the stage like a tiger and his dancing has a ferocious character with the fastest of beats, rapid turns and staccato arm movements. His eyes gleam as if he is in a trance and the fireworks continue to explode throughout his performance.

Finally everyone was on-stage and after some hasty discussions, two of the guitarists sat down and played for a mix of impromptu singing and dancing including a drummer who stepped up to show his footwork skills. A perfect ending to a fine evening displaying the full range of Flamenco art.