The Crucible premiered in 2019 and it was good to now have the chance to see this excellent production in London. Although set in the 1600s, the original play by Arthur Miller was inspired by the persecution of his friends and colleagues in Senator McCarthy’s anti-Communist witch hunt in the 1950s, where innocent people were swept up in an extreme response to perceived risks. Helen Pickett, the choreographer of the ballet, points out that the play’s text is full of legal points, which would not transfer to dance. Instead, the choreographer focuses on the love between Elizabeth and John Proctor in a series of emotionally charged duets and ensemble sections for the obsessed citizens. 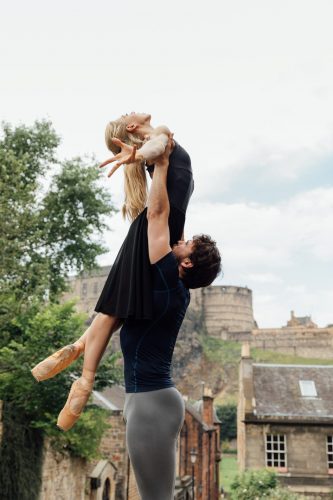 Initially, in an expansion of Miller’s play, we are in the Proctor household with the couple, their new baby and their servant, Abigail, a young woman, finding her way in the world. Elizabeth Proctor, played by Sophie Martin, is still recovering from giving birth. Constance Devernay as Abigail and Nicholas Shoesmith’s John Proctor are left alone and Abigail performs a sensuous solo which John can’t resist. Their passionate duet sees legs flying in all directions as they whirl around. But they are caught in flagrante and Elizabeth storms away. Abigail wants to continue the adulterous relationship but John’s shame prevents this, much to Abigail’s fury. When the Proctors meet again, Elizabeth is still outraged by John’s betrayal, but slowly he overcomes her animosity and the two are reconciled in a memorable duet demanding fine acting skills.

The ballet establishes the crucial role of devotion and community fellowship in an attractive ensemble dance in the meeting house, led by Reverend Parris. Then, meeting in the forest with her friends, Abigail seeks to curse Elizabeth, but they are discovered by the Reverend. Accusations of witchcraft are soon unleashed and the community is set on a course for disaster. We see the opening of the witch trial lead by The Deputy Governor, Danforth, played by Jerome Anthony Barnes, as with vigourous steps, he is convincing as a powerful law maker. 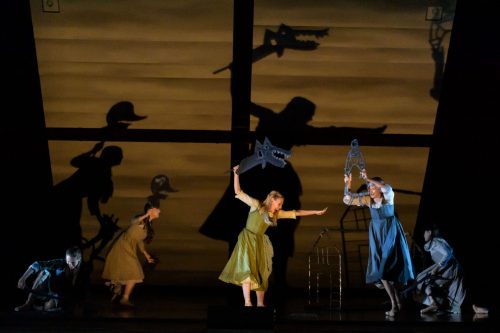 Abigail is again at the heart of the intrigue as she persuades the Procter’s new servant to plant a witch doll and Elizabeth is arrested when the house is searched. The later scenes see the innocent John trying to save his wife and then being accused himself. The final duet between Sophie Martin and Nicholas Shoesmith is heartbreaking, as John cannot agree to Danforth’s demands and is executed.

The score by Peter Salem and the austere set design by Emma Kinsbury provide an integrated framework for Pickett’s assured and innovative choreography. Scottish Ballet’s riveting performance makes me keen to see more of the company’s current rep. Come back soon!

A Blanche to tear at the heartstrings: Eve Mutso and Scottish Ballet’s A Streetcar Named Desire