Seoul International Dance Competition, (SIDC) is so much more than the usual thrills and frills of ballet competitions. Of course, there were still the whizzing pirouettes, eye-watering extensions and breath-taking balances to enjoy, but there was also the vibrant heritage of ethnic dance and the excitement of contemporary choreography. It is always an eye opener to cross the globe, from London to Seoul, and see dance from another perspective. 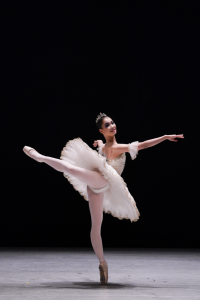 What a difference a year makes in the training of a ballet dancer! At 11 or 12 the cute factor is big, instance Jiyoun Song, a fiery La Esmeralda, dwarfed by her tambourine or Seungmin Lee, an impish Harlequinade, going for broke on his double tours. But at 14 there is the dawning of adult sensibility and an emotional response to the music, beautifully realised in Seojeong Yun’s Aurora (gold prize winner in Pre-Junior ll), a gracious Beauty in white and gold. Moving up the ranks and 17-year-old Hamin Park won gold in Junior section with another rendition of La Esmeralda, now adding sophistication to cleanly executed triple pirouettes and musical phrasing of the high relevés. 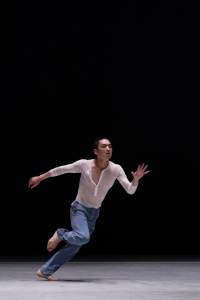 If at senior level, the ballet was less exciting, there was compensation in contemporary dance. The senior male contemporary dance level was thrilling. With bodies to rival Superman and technical skills to match, one after another they took to the stage in a display of fierce intensity. There was little mirth in the predominantly angst-ridden solos that looked darkly inward. Ji Ho Jang contrasted with a solo that extended the emotional range and phrasing to introduce a human factor and was a clear winner. Similarly, for the female senior competition, it was the quiet simplicity of Marie Albert (from the Paris Conservatoire) that set her apart to win gold. The young women’s solos too often relied on sleek lines and brilliant gymnastics for effects where something more individual and unaffected may well have been more potent.

The Grand Prix went to Ye Yeun Kim in the Junior section who seemed to have it all. In her solo, Dive, she showed a mastery of movement both on the floor, in the air and in the space between. Dressed in a leotard that gave the effect of exotically tattooed skin and rust red trousers she was a powerful presence and eminently watchable. 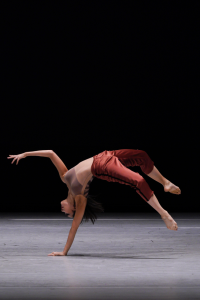 The Choreography section, a new addition this year, took the technical skills evident in the contemporary dancers to emotional heights in solos, duets and trios. The subject matter ranged from the philosophical to human relationships and the majority of the entries were choreographed by women. A female trio from the Beijing Dance Academy scored with The Speech of Body, an exploration of the path we trace through life, at times joining with others and sometimes a solitary pursuit. Choreographer Jin Wang and fellow dancers Mozi Xu and Yimeng Xia gave an excellent performance. A number of the works borrowed from the wealth of ethnic dance found in the far east, often involving elements of clothing or props to embellish the choreography. 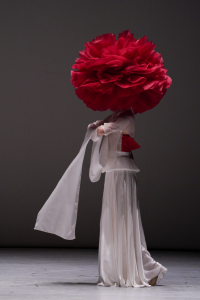 It was the Creative Ethnic Dance that brought some of the most magnificent spectacle to the stage. Ji Su Bael and Suyeon Kim shared gold in the female category as there was little to chose between these two elegant woman, both dancing with authority and grace while manipulating their extraordinary costumes with great skill. Leading the men was Byung Hee Choi whose black and white costume cut in an interesting geometric shape was echoed in a powerful solo with warrior overtones.

The Awards Ceremony, held on the final night of the competition, closed with a performance of traditional Korean Dance from the HanNuri Dance Group directed by SungOk Yang. The formations were as geometrically precise as any corps de ballet but within the lines and patterns, the use of reléve through the foot added a regular wave-like ripple. Nuanced shifts in shoulders, very slight but also most eloquent, brought an emotional edge augmented by play with the long elaborate sleeves. It was a fitting climax to an event of shared dance cultures.