STEP is a five-star documentary celebrating success and optimism in a community still struggling for genuine equality. Director, Amanda Lipitz has found a way to angle the focus on the dance competition success story to include some gritty social context and provide an anchor to what might otherwise have become just another glitzy showbiz tale. 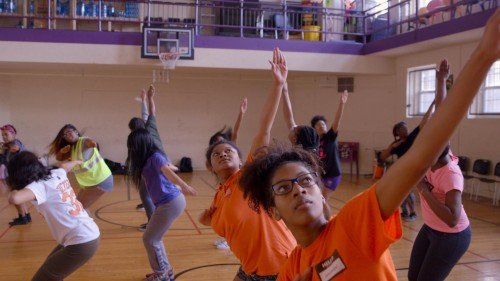 Step, a very American version of synchronised pop team dance, is the motivational force for a target group of 19 female students and their practice sessions pace the film. But there is a potent subtext. It’s 2015, the year Freddie Gray died in custody after his arrest by police officers and downtown Baltimore is exploding in rioting and arson. The protagonists are African American women, those ‘at the bottom of the barrel’ in the words of one of the hugely committed teachers. Refusing to accept this position, the Baltimore Leadership programme aims to get each of the female students a college place and the secret weapon is Step, motivating and bonding them into a formidable team. 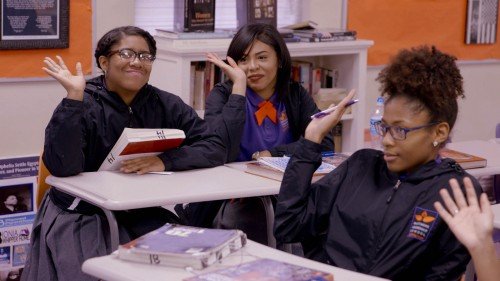 Choreographer, Gari McIntyre, delivers the smart moves and clever co-ordinations with a hefty dose of tough love while a network of teachers, students and family form an awesome phalanx. However, it’s their support and understanding of those who falter that give the film meaning. The camera catches scenes in kitchens where food is short, in the bedrooms where hair styles and uncertain teenage identity move centre stage, and the dreaded moment when school grades report hits the front door mat.

The undisputed star is Blessin Giraldo. She has the stage charisma to make her the focus of the group, a gorgeous dimpled smile and a face that the camera cannot resist. She has her share of tearful doubts and lacks the academic acumen of Cori Grainger, who wins a scholarship to John Hopkins University, but she radiates the qualities of a mover and shaker. She was the one who approached the film crew and suggested they come to watch the step team she was creating. The rest is history, but she is certainly one to watch in the future. 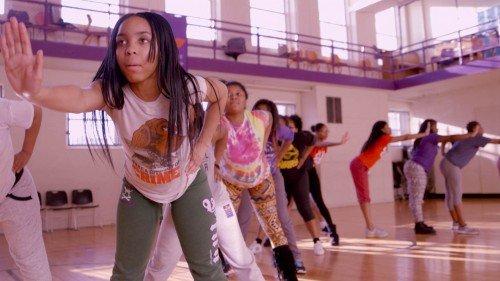 Lipitz is a Tony award-winning producer and knows how to catch the pulse and the excitement of the dance competition but it is the heart wrenching moments, the mothers desperate for their daughters’ lives to be so much better than their own, that sustain the film. Caught between fragile hopes for the future and the legacy of a segregated past, the sisterhood of black women is what pulls them through.

This is an unapologetically uplifting film, thankfully shorn of sentimentality and peopled with utterly inspiring women. Once this cohort get into power in the US, we can look forward to a brighter future.

“Being a Ballerina”: A Dance Journey Through Memoir