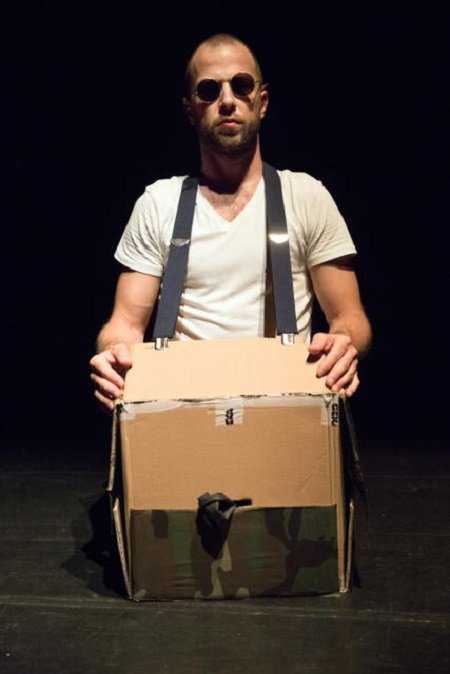 I was disappointed to learn that Steve Paxton, one of the founders of Contact Improvisation and the Judson Dance Theater, was not dancing.  He was, however, in the audience for the performance of his 1982 work Bound.  Jurji Konjar, a dancer half Paxton’s age, was the performer.  Bound is an improvised work, although it certainly has a specific structure.  After watching Konjar perform Bound, I viewed a video of Paxton performing the same piece, and the performances were remarkably similar, which I suppose was the goal.  Yet it’s a little odd watching improvisation that is modeled on someone else’s movement.  Paxton, even in video format, comes across as the stronger performer, I think, precisely because his performance emerges from his own ideas.  Konjar, in contrast, follows Paxton’s inspiration in delivering a version of Bound that closely matches the original.  Some of the free-spirited genuineness is lost in translation.

I chose to refrain from taking notes during the performance because I wanted the dancing to wash over me without immediately being reduced to words.  I knew I’d be able to reflect upon what I saw later.  This proved to be a good choice, and I enjoyed the performance far more than many I’ve attended recently.  With improvised movement, there’s a quality Paxton would call “truth,” and this form of sincerity is largely absent in most dance performances.  With classical ballet, for example, the movement is precisely prescribed with limited opportunity, if any, for movement variety or individual expression.  When performers improvise, however, their movement comes from within.  In Bound as performed by Konjar, though, the movement he generated himself was dictated by the structure imposed upon him by Paxton’s choreography.  Konjar’s dancing simply didn’t read as true as Paxton’s performance, but how could it? 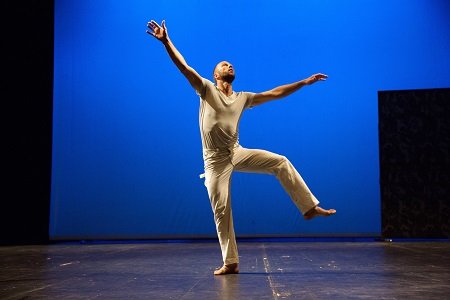 As for the content of the work, Bound, at around 50 minutes long, surprised me with fairly copious use of props and music/soundscapes.  For me, at least, what came across strongest wasn’t the improvised dancing, it was the mental space given to the viewer to process what was taking place.  What I loved most about Bound was the complete freedom I had to interpret it as I wished or to merely watch.  Sometimes my brain reached for meaning, and sometimes I abandoned any such search.  Paxton’s choreographic approach makes one comfortable with grappling with specific thoughts spurred by imagery, but equally comfortable needing no thought to find joy in the dance.

I wouldn’t want to force my interpretations on anyone, but I’m a critic, so I record my impressions in writing.  Thus, I’ll give an abbreviated tour of what went through my mind while viewing Bound.  I sensed a dialogue with the audience about humanity — about isolation, war, aging, resilience, and rebuilding.  The props and music helped spark the beginning of such thoughts — a camouflage backdrop, a cardboard box with suspenders, city noise, a rocking chair, a cradle, long boards that were manipulated into different formations.  Konjar often ping-ponged about, and his random wanderings stimulated thought.  Wisely, there were moments of stillness and slowness, even humor, too.  And, importantly, Bound didn’t preach any point of view.  I so appreciated having room to toss ideas in my head rather than being presented with a dance that told me what my perspective on something ought to be.  I left the performance feeling intellectually and artistically fulfilled.  Seeing a beautiful body perform beautiful tricks is one thing, but growing by having been immersed in a performance that lets you simultaneously think deeply and meditate on nothing in particular is quite another, and I’d pick the latter any day.  The dance world should remain grateful for Paxton’s gifts.