Seattle has been thirsting for a chamber-sized professional-level ballet company for a very, very long time. Until the advent of the Pacific Northwest Ballet (PNB), Cornish Ballet was about it for several decades. In addition, there have been some Regional Dance America groups, some of which are still producing excellent work today.

Some of this hope was pinned recently on the now-defunct Seattle Dance Project and before that, on our long-lost First Chamber Dance Company [disbanded in 1979]. Whim W’him is producing regular seasons throughout the year and has a stable roster of superb dancers, but is more modern/contemporary dance-focused, although its dancers do have great technical facility, including ballet training.

Since 1999, Marie Chong’s ARC Dance Company has been one of the few torch bearers of classical ballet, outside of Seattle’s resident world-recognized ballet company, PNB. 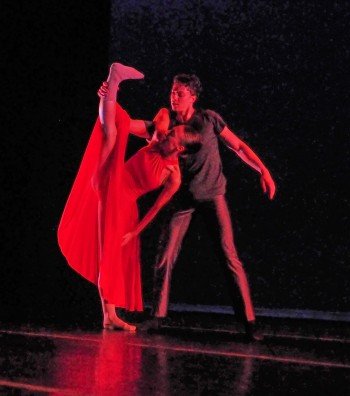 2016 Summer season included new and returning ballets by no less than six choreographers, each beautifully performed by ARC’s ensemble of:  Madeline Bay; Mark David Bloodgood; Alice Cao; Erin Crall; Graham Gobeille; Elizabeth Harrington; Victoria Jahn; Jonathan Mendez; and Ethan Schweitzer-Gaslin. Each could easily hold their own in any ballet company, some at the soloist level, and one of my personal favorites — Jahn — at a principal level.

Opening with The Space Between by Betsy Cooper, the dancers revised this strong 2009 work that uses a running/jogging theme as its basis.

Wave Atlas from 2011 by Alex Ketley I found bright and pleasant and is a double pas de deux, but not quite in that the couples didn’t always mirror each other, which actually complemented the strength of the choreography. In terms of providing an arch, the piece really didn’t go anywhere but was enjoyable; the ending could have been stronger.

Getting the busy and in-demand Edwaard Liang to make a piece for ARC was a real coup on Chong’s part, and the result was his 2015 Infinitum, based on the concept of a female Sisyphus, who is doomed to “…repeat relationship patterns over and over.”

Chong and the dancers certainly had No Regrets with the revival of her 2009 work to the music of Carl Orff. It’s a good piece and was well justified in being repeated. It is one that ARC should and must periodically pull out and put on stage. Excellent.

Unusual was Kirk Midtskog’s 2008 work, Earth and Sky, with its score by John Tavener that hints of the classical era. I was impressed by the choreographer’s use of an extended kiss that was kept during a pas de deux. 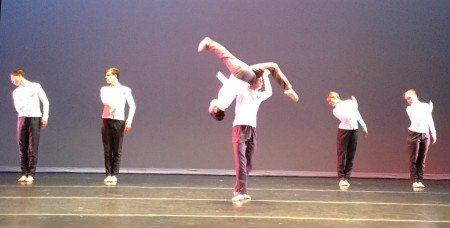 Each season, Chong commissions at least one new work and this time it was Daniel Ojeda’s A Little Less Than a Human Being, a piece that explored the dehumanizing affects of singular authority or vision. This work was effective and heart-felt.

ARC accomplishes no less than a minor miracle by sustaining a corps ensemble of superb dancers, offering good to excellent choreography, and thereby assuages our need for chamber ballet. Like acoustic music, large symphonies and chamber music co-exist and each has a valid and important role to play, so chamber ballet has a vital role to play in the ballet world. ARC is helping to fulfill this role and I, for one, hope it continues to produce these fine programs for many years to come.

ARC Dance: Circling Back Around