A strong antidote to too many gloomy winter days, not to mention too many doomy/gloomy dances, Olympic Ballet Theatre’s production of the classic ballet, Don Quixote was a welcome insertion to my dance calendar.

I could tell from the opening salvos, this was going to be a bright, happy, and dare I say it, sunny, experience. With a cadre of very well-trained OBT school students, fine company dancers, and a handful of superb guest dancers, Artistic Directors Mara Vinson and Oleg Gorboulev pulled together and presented a terrific showing this past weekend. All three acts were included, based on the original Petipa choreography. Exciting, clean, good dancing, coupled with good production values, costumes and lighting. Importantly, the style of the ballet was imparted and true in each cast member. 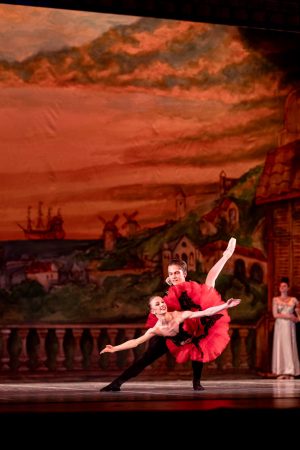 Leads were top-drawer dancers — Ashley Baszto as Kitri from Orlando Ballet; Arcadian Broad from Sarasota Ballet as Basilio; and from Denmark, via Los Angeles, Erik Thordal-Christensen who performs with Oklahoma City Ballet.

Thordal-Christensen is a tall, handsome dancer with an imposing presence that was just right for his bullfighter character portrayal.

Baszto and Broad were well-paired and matched each other’s excellence of technique, bravura, and performance.

Broad impressed me as being a young version of Baryshnikov with his confidence, acting swagger — appropriate for Basilio, and wowza ballet male steps. Double cabriole beats to the back, unnamed “flippy” steps, and strong turns. In one case, he did multiple pirouettes, ending in a slow, controlled “burn.” Very cool and wowza. [HERE is a link to one of Mr. Broad’s solos, courtesy of the artist and OBT.]

Baszto was truly a sunny delight. She was clear and consistent in her energetic portrayal of Kitri throughout. Very good technique, coupled with acting chops. 28 fouettees in the grand pas de deux of Act III (I’m a counter; sorry), but nicely done and she’s confident and communicates what she can do — limits and how far she can go. As she boureed during the begininng of the coda’s fouettee music, you knew already she wasn’t going for all 32, and that’s okay. Rather see these solid than a chancy ending. I recall one PNB principal who, during the Black Swan pas de deux, wasn’t even on stage when her fouettee music began, who then ran on and began her turns, never doing more than 28, so she’s in good company. 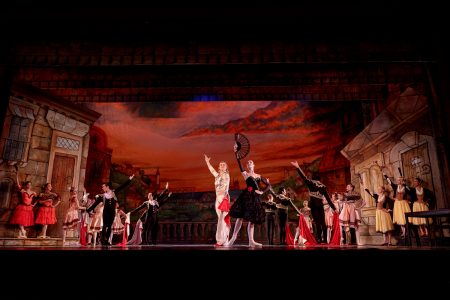 My only caveat to her third act fan solo was that I would have liked her to have repeated the pas de cheval hops on pointe on the left side, having done the right side perfectly (and thank you for the correct assemblé, right foot back before beginning the diagonal). 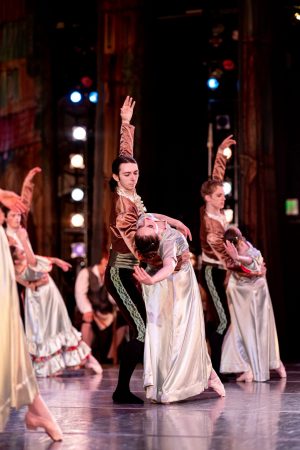 This ballet — all three acts, has a lot of choreography. I was impressed with the staging and the very high level of execution from start to finish. Nothing was overlooked.

My only fuss would be not at OBT but at the dance community and public overall — where were you? The house was way too skinny. This production and company deserved better support, meaning more in the audience. I was happy to note one dance teacher brought her students all the way across the Puget Sound pond from Bremerton to see the show — where was everyone else?

Happily for us, OBT carried on and did the show as if we were the most important audience in the world — and who knows, for that night and that show, perhaps we were.

Petipa’s ‘Paquita’ and others