Tulsa Ballet Gets Down

Tulsa Ballet got down and a little bit dirty in its presentation of Masters of Dance, their spring mixed bill.

Although “Rooster” was the final ballet, it is very popular and many patrons made a point of being there for the cocky presentation danced to the music of the Rolling Stones. “Little Red Rooster” primed the pump for the raucous show-stopper as the company rocked ‘n rolled to Mick Jagger’s one of a kind voice. 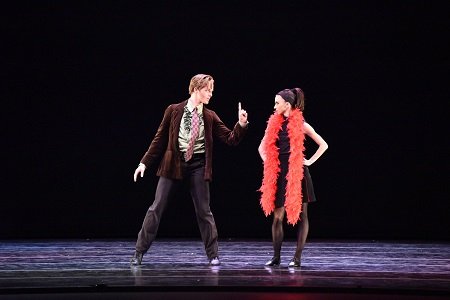 The first movement was a blast, with the male dancers strutting their stuff, convincing as rutting roosters, despite their rather blasé audience of chicks, er girls. While the entire offering was a delight, it was “Play With Fire” that seemed by far the most appreciated. Andrew Silks, along with Madalina Stocia, did an excellent job of acting and dancing. Silks was oh so believably dangerous as he repeatedly warned Stocia of his persona. Who knew a fire-red boa could be so communicative? Little would one expect that Stocia could put him in his place with one well-placed smack down. Choreographer Christopher Bruce created a rousing and very cool delivery. This reviewer wanted to yell, “Turn up the volume!”

Only one tiny criticism. I would have loved to see London Mod clothing of the time—go-go boots, Newsboy caps, et al. The costumes looked more 1950s than nineteen sixties.

“Classical Symphony” was staged by Alfonso Martin, ballet master and former principal dancer with TBT, to the music of Sergei Prokofiev. It must be amazing to dance to Prokofiev’s music. This is classical on steroids. With exaggerated movements that extend the torso to its limits, it combines athleticism with classical method as choreographed by Yuri Possokhov. Especially lovely was the flower formation, an en mass movement by the women. An “ah” moment to be sure.

In this piece the double layered tutus took on a life of their own. Bouncing and fluttering as the women dipped and pirouetted. When at rest, they added lines, angles and depth to a stage of blank canvas. 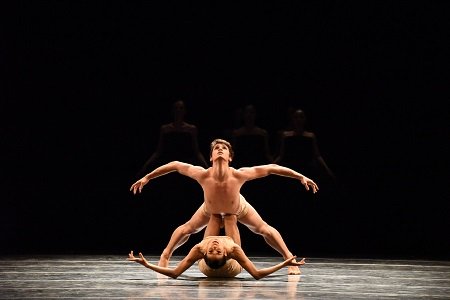 The afternoon also included “Petite Mort,” sometimes referred to as Jiři Kylián’s masterwork. It began with thunder and became a balancing act. Petite Mort means little death in French, also orgasm. One didn’t need to know another language to discern that this dance was an excursion of the carnal kind. Hey, if the sword play didn’t give it away, the mock love making did. The angular arm movements were part defiance, part acquiescence. All done to Mozart’s beautiful composition.

The minimalist beige costumes gleamed golden in the warm lighting. Wow! It was spectacular to watch.

“Masters of Dance” showed off the skill and physicality Tulsa Ballet is known for. It was no-holds-barred performance.

Next stop? A sold-out tour of Italy. Artistic director Marcello Angelini reports he can’t even squeeze out tickets for his own father. Hard to argue with success.