The weekend of October 6th-7th marked the 9th anniversary of the VelocityDC Dance Festival. VelocityDC is a coming-together of dance companies in the DMV area (D.C., Maryland, Virginia) showcasing the diversity of the area’s dance community. The weekend included evening performances on Friday and Saturday night, and a family oriented matinee on Saturday afternoon.

On the evening of Saturday, October 7th, thirteen dance companies took the stage at  Sidney Harman Hall in Northwest D.C. The opener was a delightful live music and dance act by Coyaba Dance Theater, a contemporary West African dance theater company. Bright colors, singing and chanting, and the energetic movement style of the performers brought life to the crowd as we joined in and clapped along to the rhythm of the drums.

Prakriti Dance, a classical Indian dance company from Bethesda, MD, followed with an enchanting Bharatanatyam performance entitled Water: Sustenance of Life. The story-telling aspect of this dance genre leads to very understandable, pedestrian choreography such as the performers miming sipping from a cup or getting caught up in a rainstorm, and in between is technical Bharatanatyam dance vocabulary, which is intricate and impressive. 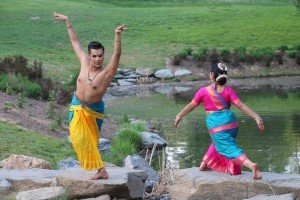 Between a few of the pieces we were entertained by The National Hand Dance Association. The MC spoke as two mature couples presented the swing-style partner dance that originated in the D.C. area and has since become the official dance of D.C. They demonstrated the original style as well as the newer “smooth and easy” style of hand dancing. The performances were fun and playful, warranting laughs from the crowd. The company members even offered a free dance class following the evening shows in the lobby.

We were given a history lesson in urban dance from Urban Artistry, a non-profit organization dedicated to preserving the culture and tradition that spawned the urban dance scene. In between black and white video clips that flashed on the screen, we witnessed various forms of urban dance including bboy and house, and a traditional cypher among the performers. Entitled Ace of Space: Hip Hop’s Social Spaces, this was certainly one of the most high-energy pieces of the evening, but unfortunately the transitions from film to dance were a bit choppy, which made the overall effect a little lackluster for the audience.

Perhaps the most well received piece of the night was by PrioreDance entitled Casita. Right away the piece began with an innovative way to grab our attention, as the dancers themselves shouted and laughed and cheered while bouncing their shoulders and twirling around the stage. Their interpretation of the music (a Latin-sounding guitar with an energetic vibe) was unconventional and hilarious, all while remaining technically sound. The performance was received with an overwhelming amount of applause and cheers. 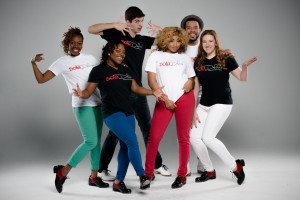 Another memorable performance was the finale of the evening, an excerpt from the full-length production Zaz: The Big Easy from tap and body percussion company SOLE Defined. The soloist at the beginning introduced us to New Orleans and instructed us to “let our hair down” as the other dancers joined him in clapping, tapping and scatting. This was an upbeat, feel-good number that left me wishing the stage were better equipped with microphones so that we could hear their taps and claps over the music.

The show also included beautiful and thought-provoking contemporary pieces from DC Contemporary Dance Theater, Company Danzante, S.J. Ewing and Dancers, Therese Gahl, and solos from Gin Dance Company and Rachel Shaver, with a standout performance from Orange Grove Dance that included the imaginative use of a large ladder on stage. 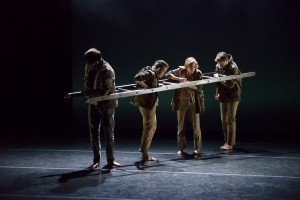 Overall the show was wildly entertaining. For nine years, the VelocityDC Dance Festival has reminded us of the rich, diverse culture that we are so fortunate to be a part of living in the metropolitan DMV area. What a treat it was to have these vastly different dance companies together on one stage to celebrate an evening of dance appreciation.