This year marks the first time that The Washington Ballet (TWB) has presented a full length production of The Sleeping Beauty. All of the company’s seven performances of this well-loved classical ballet sold out. TWB continues to transform under Artistic Director Julie Kent and her husband, Associate Artistic Director Victor Barbee. Since taking the helm in July 2016, Kent, of course, has made adjustments that suit her vision for TWB. She has overseen changes in both the dancers who compose the company and the type of performances the company chooses to give. Kent aspires to build nothing less than a world-class ballet company, the sort that can easily put on big, popular storybook ballets like The Sleeping Beauty and do so at the highest level of excellence in every detail. With TWB’s current dancers and budget, however, that poses great challenges. It’s good news for TWB that ticket sales were brisk, but I think the verdict is still out about whether Kent’s ambitions for TWB can be fully realized.

One thing Kent probably doesn’t have to worry about is having a star on board whose talent and charm will draw an audience. Kent definitely has that now with the recent addition of petite powerhouse Katherine Barkman, a 22-year-old native of Bucks County, Philadelphia, who is picture perfect in roles like Princess Aurora in The Sleeping Beauty. Due to her age, Barkman doesn’t need to act to seem young. Yet her acting is impeccable. As Princess Aurora, she displayed just the right combination of sweetness, fortitude, and joy. 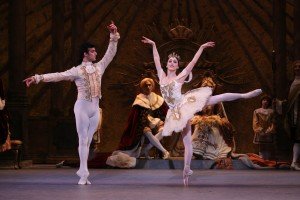 Beyond her appealing demeanor, there’s her dancing, and it’s astounding. Barkman sparkles not only in her expression, but in her beautiful, well-executed technique. What makes her special, besides being so accomplished at such a young age, is her spirit and stamina. Whenever I’m introduced to a new ballerina, I’m nervous — I wonder if her turns will be sharp and stable, her balances strong. Watching Barkman, my worries quickly evaporated. I’ve rarely seen a dancer so rock solid standing unassisted on pointe. One leg aloft, the other rooted to the stage, she calmly and repeatedly extended a delicate arm into the air in triumph. Even more amazing, on opening night Barkman beamed naturally as she slayed the most difficult moves, broadcasting not only ballet mastery but sheer bliss. She looked eager to show off her skills without coming across as overdoing it.

Another bright young talent is Masanori Takiguchi. I hope he’ll be promoted from the Studio Company. Takiguchi appropriately soared in his role as The Bluebird in Act III, and also impressed as a Fairy Cavalier in the Prologue. He’s not as polished as Barkman just yet, but he oozes potential, and the audience appreciatively roared for him. Other Studio Company standouts were Alexa Torres, whose Fairy of Felicity was effervescent and whose Red Riding Hood was witty and charismatic; plus adept performances by Aurora Mostacci as the Queen and Nicholas Cowden as Catalabutte, the King’s Minister. This crop of dancers, if they stick around, add up to a promising future for TWB. 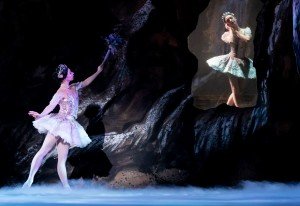 Other than Barkman, among TWB’s main company members, Rolando Sarabia as Prince Désiré and Kateryna Derechyna stood out. Sarabia was a perfect prince for Barkman’s princess, a handsome and able partner with a glow all of his own. And Derechyna looked the best I’ve seen her, commanding and mature in her role as the Lilac Fairy. As well, in Act III’s Jewels Pas De Quatre, Tamako Miyazaki lit up the stage with extra vivacity. Sona Kharatian and Tamás Krizsa as the White Cat and Puss-in-Boots, though, failed to have enough fun. Their cats were tame and uninspiring.

Overall, this production of The Sleeping Beauty, for me, faltered for a number of reasons. Barkman was the high point. What struck me as disappointing were the music, the set and costumes, and the lack of depth and finesse in the dancing. I’ve seen some truly magnificent productions of this ballet, and TWB can’t yet claim a performance that rivals these. I’m glad Kent is committed to using live music, but TWB’s orchestra could use some fine tuning. The set and costumes, provided courtesy of Ballet West, surely helped cut down on expenses, but I could almost smell the mustiness of age emanating from them. Kent clearly wanted this to be a grand ballet, but with a much smaller budget and a smaller number of dancers than the world’s best ballet companies, including many relatively new to TWB, this production of The Sleeping Beauty was, well, somnolent in comparison, something like a high school version of a Broadway musical. I’m uncertain whether this kind of programming will keep audiences pouring into TWB performances, particularly where residents of the DC area regularly have opportunities to see the New York City Ballet, American Ballet Theatre, the Mariinsky Ballet, the Bolshoi Ballet, the Paris Opera Ballet, etc., do these sorts of ballets far better. 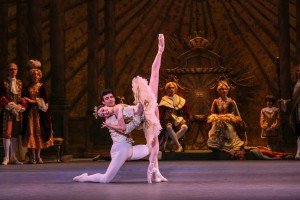 Selecting more exciting contemporary ballets and fresh choreography that speaks to a younger generation frankly makes more sense to me as a sustainable business model than trying to replicate the grandeur of old classics, but the fact that The Sleeping Beauty was a sell-out may mean I’m wrong about that. At any rate, that’s my hope for TWB, not the goal of its present leadership. Kent wants to reproduce the ballet world she knows and thrived in, and it’s in that mold that she’s now shaping TWB. Time will tell if Kent can assemble the caliber of company she’s dreaming about, and if DC audiences will support her enough to make this a successful endeavor. It will take tremendous patience and money to get there. At present, I question whether TWB has the financial and human resources to make real magic happen on a large scale.