There isn’t much about Youth America Grand Prix that hasn’t already been said. That it’s grown exponentially in size and prestige in the 18 years of its existence is remarkable enough; that it involves some 10,000 young dancers taking part in preliminary competitions and master classes in 20 U.S. and 7 international venues is yet more; that it is as important, if not more, for the scholarship opportunities it encourages as for the prizes it awards is a third. And perhaps most significant of all is the camaraderie and connections it provides: it’s the ultimate ballet networking event, even for those too young to know exactly what networking is. 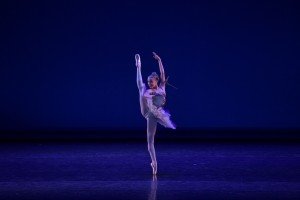 But this year, the annual bunhead and boy rock star pilgrimage, involving more than 1200 young dancers, to the New York Final Round – six days of competition interspersed with master classes and rehearsals, followed by a “Final” Final Round program at Lincoln Center’s D.H. Koch Theater – had to share high-quality honors with the two gala presentations that followed on consecutive nights. Except for some inexplicable fizzle in the second “Act” of the April 14 gala and relatively minor glitches that seem to be an inevitable norm, they were the finest YAGP gala presentations and performances in the years that I’ve been attending them. If one didn’t leave the theater flying after the April13 gala, and at least up to intermission of the gala the next night, one simply wasn’t paying attention. 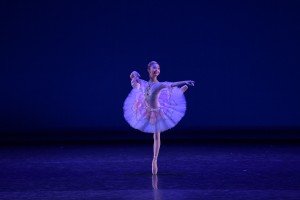 I’ll address the galas in a separate review. But, just as a tease, the galas’ highlights among highlights included an excerpt from David Dawkins’s reimagining of Swan Lake (performed by Svetlana Lunkina and Evan McKie), the presentation and execution of the Balcony Pas de Deux from Sir Kenneth MacMillan’s Romeo and Juliet by Marcelo Gomes and Maria Riccetto, Lucia Lacarra’s still astonishing flexibility and liquidity and Isabelle Guerin’s still potent dance artistry, Nina Ananiashvili flying onto the stage as the Julio Bocca Tribute came to a close, Bruce Marks’s inspirational words upon acceptance of YAGP’s Lifetime Achievement Award, and Tamara Rojo delivering performances that simply defied belief.

The Competition and the Final Round:

It is not possible to overstate the quality of talent displayed by those who participate in this event – including in the “pre-competitive” category of dancers, ages 9-11. Granted that the New York Finals include the best of the best from around the world, and that the dances they perform have been practiced and honed over months of preparation (like Olympic skating and gymnastic programs), still…what these young dancers are capable of is mind boggling. And their stage composure and poise is the equal of professionals (again, even in the pre-competitive category). It’s easy to forget that most are still children – until one sees them outdoors (or in the DHK Theater rafters), where they present as normal teens and pre-teenagers, albeit unusually thin, fit, energetic, and just a little precocious. That many have already attained a measure of international recognition in the dance community may be a consequence of finely tuned social media exposure, but that exposure is ignited by their presence, and accomplishments, at YAGP, which has become a rite of passage for any serious young dancer, award winner or not. 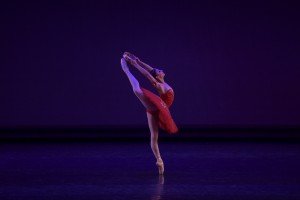 I used to wonder how it could possibly be that individual dancers at these levels could be ranked according to some standard of quality and accomplishment. They’re all so good – how could one possibly tell? But you can. Although I suspect I don’t look for the same qualities that company or ballet school representatives do (many of whom were competition judges), a performance is a performance, and you can see differences that may be difficult to quantify, but they’re there. It’s not just the steps; it’s the projection and the confidence, the characterization (where appropriate) and the generated excitement level that has viewers on the edges of their seats. 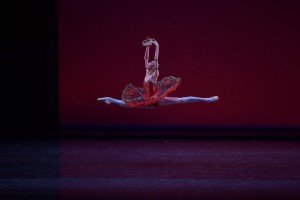 And often it’s also physicality. The fundamentals have to be there, but many of the performances focused on “tricks” as much as technique (although, admittedly, the latter is a prerequisite for the former). While exceptions to generalizations can always be found, the dancers who executed clean-as-a-whistle classical variations (and there were many) were acknowledged and recognized for their ability, but the ones who elected to perform an excerpt requiring, or permitting, more physical expression (“tricks,” or unusually bravura add-ins to standard choreography) gained greater audience attention and award recognition in categories in which such performances were included. The trade-off, of course, is that if you’re going to do tricks, they have to be executed to perfection. 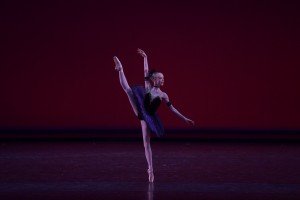 To illustrate what I mean, in the junior women category there was no way that anyone dancing the variation from La Esmeralda (which seems to be a gateway to an award, assuming it’s executed well) who had the misfortune of following twelve year old Madison Penney’s scintillating performance could possibly outshine her, as finely danced as they were. At the finals completion, she added stuff I’d never before seen in any other of the many YAGP La Esmeralda variations over the years, executed it all brilliantly, and left the audience gasping. Those who danced the same variation later in performance order, although possibly more academically correctly, didn’t have a chance. [Two of the four dancers who placed behind Penney in the Junior Women category danced that same variation.] 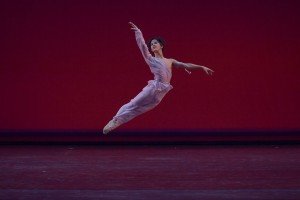 And while there are many bridges yet to cross, Penney, who was awarded the Junior Grand Prix and who won last year’s Hope Award (the equivalent of a Grand Prix for the pre-competitive grouping), might want to secure an agent – if she doesn’t already have one.

Like last year, it also appeared that the dancers in the junior category were more fearless than their senior counterparts, whose performances seemed to concentrate more on technique and clean execution – perhaps the result of a greater awareness of the performances’ significance. 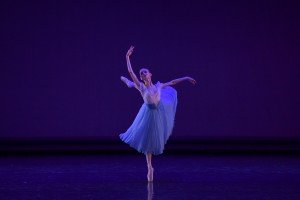 Those dancers who won awards (“winners” are ranked 1st, 2nd or 3rd, and there may also be a “Grand Prix” awarded in the overall age category) well deserved the accolades – and it should be emphasized that the awards are based on both the contemporary and classical variations, not just the classical variations performed during the Final Round. A listing of winners follows at the end of this review.

Each year I agonize over whether to highlight dancers in the Final Round solo classical program whose performances I found particularly impressive, knowing that I cannot possibly include them all. And each year I do it anyway, because ignoring all of them seems even more unfair. 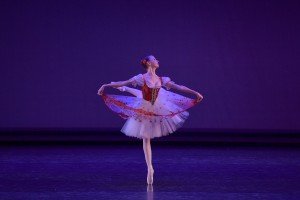 The Junior Women category was exceptionally strong. Most compelling to me were the variations danced by 12 year olds Ellie Iannotti (Grand Pas Classique), Yo Nakajima (Sleeping Beauty), and Avery Gay (Diana & Acteon), from U.S.A., Japan, and U.S.A. respectively, the latter showing extraordinary extension and powerful delivery for a girl that age. Andreea Iuliana Tarus, from Romania, also 12, Hanna Park, from South Korea, and Juliette Bosco, both age 14, in addition to Penney, all danced superlative variations from La Esmeralda. Jolie Rose Lombardo and Audrey Freeman, from U.S.A. and Australia, performed very fine variations from  Raymonda and La Bayadere (Gamzatti) respectively; and Madison Yeung and Dominie Lythgoe, from P. R. of China and Austalia, did the same with their variations from Coppelia. All four are 13. Viola Pantuso (14), U.S.A., slipped slightly during her variation from Fairy Doll, but the overall performance was so good it hardly mattered. Also 14 and from the U.S.A., Elisabeth Beyer’s variation from Satanella was technically superb, and Jordan Coutts’s Giselle variation was spot-on both for crisp execution and appropriately (and genuine-looking) sweet demeanor. 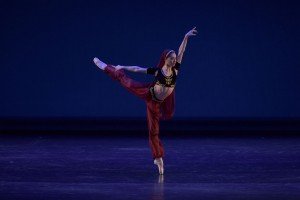 In the Senior Women grouping, Lauren Hunter’s particularly difficult-looking variation was executed very strongly and smoothly; Chloe Misseldine’s was delivered with delightful delicately, and Nikolia Mamalakis’s was magical. All three, from the U.S.A., U.S.A., and Austria, are 15, and each danced a variation from Paquita. Sophie Smith, a 15 year old from Australia, and Maho Higashi, a 17 year old from Japan, both delivered superior Sleeping Beauty variations, and Marianna Tsembenhoi (15), from Ukraine and Ellie Borick (16), from U.S.A., both danced fine Kitri variations from Don Quixote. Eliana Vogel, a tiny-looking 17 year old, added sublime sweetness to her neatly danced variation from La Fille Mal Gardee, and Gloria Benaglia, 19, completed a silken Nikiya variation from La Bayadere. 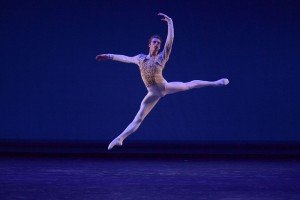 Among the Junior Men, I found Portugal’s Francisco Gomes’s variation from Grand Pas Classique to be very well done, and Japan’s Takumi Miyaki’s Swan Lake variation to be particularly clean and elegant. Both are 13. Hideyuki Moriwaki, 12, from Japan, delivered a powerful and refined Don Quixote variation. Vitor Vaz, from Brazil, and Darrion Sellman, U.S.A., both 12, performed noteworthy variations from Harlequinade, and David Perez (13), Mexico, danced an engaging variation from La Fille Mal Gardee. In the Senior Men group, I was impressed with the Flames of Paris variation by Solomon Osazuva (15), the Talisman variation by 17 year old Shu Kurihara, and the Paquita variation by Jun Young Yang (18), from Austria, Japan, and Korea respectively. The Le Corsaire variation by Michael De La Nuez was delivered very smoothly, and Taro Kurachi’s variation from Don Quixote justifiable brought down the house. Both are 18 and from U.S.A. 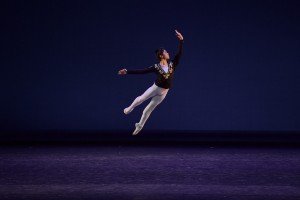 A complete list of winners, including the top finalists in each category, may be found at YAGP.org 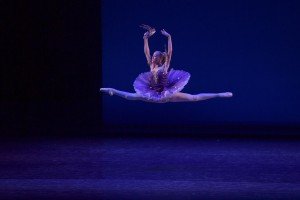