I don’t know how the staff of Youth America Grand Prix manages to pull it off every year, but somehow they do. I can’t speak to the preliminary rounds of the 2018 incarnation of YAGP’s NY Finals, which this year were located in Purchase, N.Y. rather than in any of the New York boroughs, but this year’s Final Round, and the 2018 edition of its annual Stars of Today Meet the Stars of Tomorrow Gala, again held at the David H. Koch Theater at Lincoln Center, went off without a hitch. Almost.

I’ll address the hitch, which was not YAGP’s doing, in the context of my separate review of the Gala. The focus of this report will be on the talented young dancers in the YAGP process leading up to, and including, the Final Round. 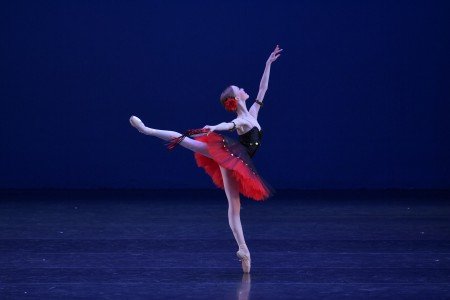 Founded 19 years ago by Larissa and Gennadi Saveliev (he a former American Ballet Theater soloist), no one, except maybe the Savelievs, could have dreamed the prestigious, worldwide phenomenon that it has become. As ballet has exploded during the same time period, at least in terms of the available talent pool and the post-performing-career teaching pool, so YAGP has exploded, because although its primary focus is the participants and the scholarship opportunities it facilitates, YAGP caters to and encourages the entire ballet community (including viewers who may not know that they’re part of it).

In a nutshell, YAGP begins its Grand Prix season with preliminary events in major locations around the world, from Paris to Seoul, San Francisco to Orlando to New York, running roughly from October to March, and involving some 10,000 young dancers. The finalists in each location, approximately 1500 of them in total, are invited to participate in the New York Finals, and 95 of the “Final Finalists” in the Junior (12-14) and Senior (15-19) categories (divided by gender) perform in the classical solo “Final Round” program. The leaders in the other categories: male and female “pre-performance” category (9-11); ensemble and pas de deux categories, as well as performances of solo contemporary dances, concluded their rounds earlier.  The logistics of the New York Finals alone (including obtaining teachers and coaches, judges, performance space, transportation) are mind boggling – then multiply that by the number of locations, some of which have their own gala events, and you get an idea of the challenges that had to be overcome. 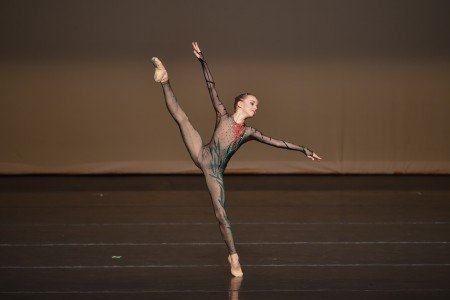 Although winning medals is doubtless important to the entrants, much more significant is the exposure they get to teachers and school administrators who would not otherwise see them, the connections they make both with teachers and fellow entrants, and the ballet school scholarships and company contracts that are awarded, which far outnumber the medals. My understanding is that this now is the standard “methodology” for similar competitions around the world – but not at this scale.

Perhaps most obvious to an outsider is the camaraderie among these young dancers. Even though there’s a competition, there’s little sense of competition between participants. On the contrary, the sense of mutual encouragement and support is pervasive. The sense of competition is there, but it’s directed inward – to perform at their best: the essence of a performing artist. And many of these “kids” already have a national, and international, following based on previous competitions and social media. Dancers don’t evolve in relative isolation anymore. 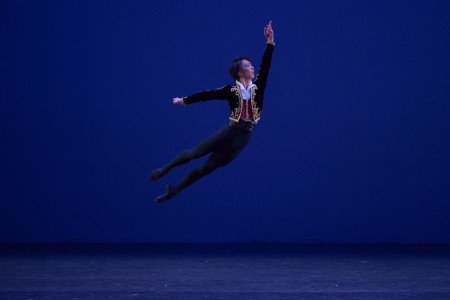 YAGP touts, with good reason, the number of its participants who went on to become members of major companies – regardless of competition placement – which may be a consequence of the wide net it casts as much as winning medals. That being said, having 300 alumni become members of 80 major companies around the world – when by and large the competition’s focus is on students who are not already members of the major schools that feed directly into the companies with which they’re affiliated or provide their graduates with access to other ballet companies – is not a small accomplishment.

This year, winners were not announced until the day following the Gala, which was my only serious complaint: I didn’t get to see the bun-head and boy rock-star “parade of nations,” which is almost as awesome to see as the performances themselves are to watch. 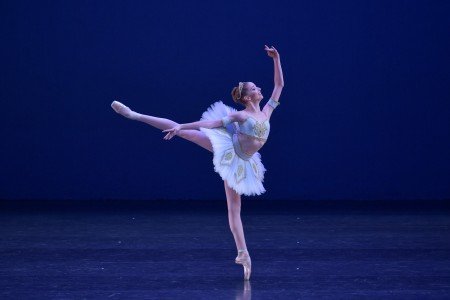 Every year since I started attending YAGP programs, I’ve marveled at the performance quality of the young dancer participants. That could be a result of the culling process in the preliminary rounds of competition, but I suspect that participants at all levels in all locations perform at a much higher level than most ballet-goers would expect. Of those I saw in the New York Final Round, both in performance and out, three facts stand out: these young dancers are remarkably talented; those who performed have the stage presence (and appearance) of dancers who are considerably more experienced (i.e., older); and despite all that, offstage, they’re “just” kids. It’s truly mind-blowing. Granted that the variations these young dancers perform have been rehearsed to perfection and performed many times previously, still … executing even the most familiar choreography in order to garner a needed scholarship or to win a medal, and to do it before an audience of a few thousand strangers in an awe-inspiring venue, is a challenge that few non-professionals could handle. 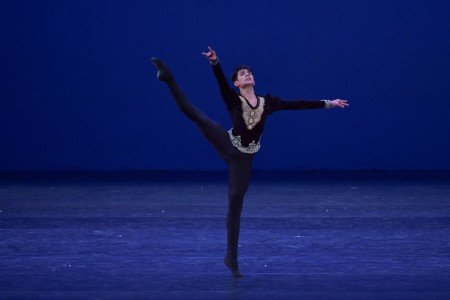 But I noticed something else this year. As those who read my reviews know, for me one of the joys of seeing ballet performances comes from watching dancers grow in ability and artistic maturity over the years. At this year’s YAGP Finals, I recognized entrants I had seen in prior years (some, but not all, of whom are noted below) and could see their growth – both physical and artistic. It takes being a viewer to another level – one of almost parental exhilaration. 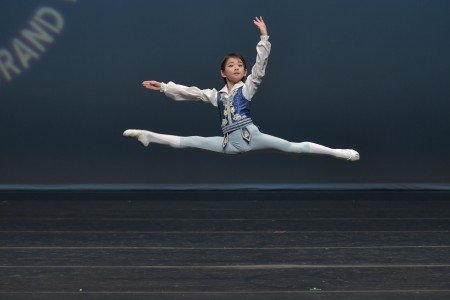 The Final Round consisted of 30 Junior Women, 20 Junior Men, 25 Senior Women, and 20 Senior Men (one of whom had to withdraw due to injury). I recognize that reviewing performances of these age groups is not appropriate, and that judges look for things that I may not (and consider previous performances – contemporary solos, for example – and classes that I haven’t seen). And I can’t identify all these dancers in the scope of this review, as extraordinary as they all were. But, as in prior years, I’ll highlight those particular performances that I felt merit it. Translated, that means that in my highly unsophisticated and subjective 1-10 ranking system, I gave them a 9- or higher out of 10 (“particularly impressed” means   9+ or higher). Don’t ask what the differences are between a 9- and an 8+, or a 9+ and a 10; I couldn’t begin to explain it – but my observations seem in line with the judges’ decisions. 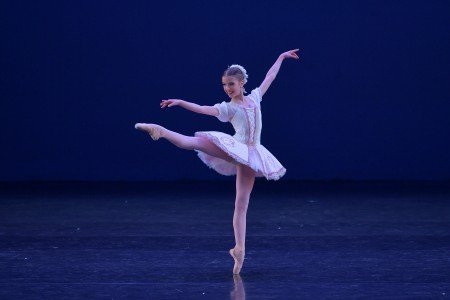 All of the solos were variations from the ballets listed.

Among the Junior Women, I was particularly impressed by 13 year old Remie Madeleine Goins (USA) (Coppelia), 14 year old Jolie Rose Lombardo (USA) (Le Corsaire), both of whom I clearly recall from prior years; and Aoi Sawano (Japan) and Suyeon An (Korea), both 14 (both Don Quixote). 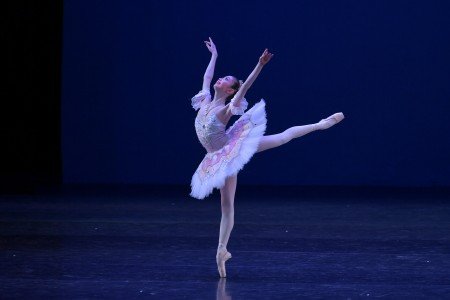 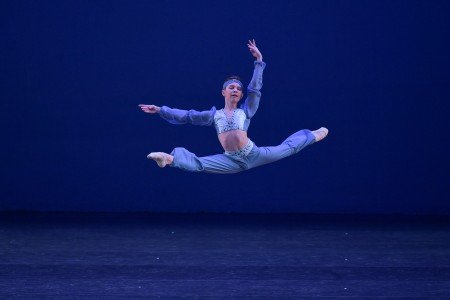 Of the Junior Men, I found Brady Farrar (12), USA (La Bayadere), the explosive Antonio Casalinho (14), Portugal (Diana & Acteon), and Francisco Gomes (14) from Portugal (Giselle), all of whom I recognized from prior years, to be particularly impressive; as was 14 year old Masaki Suetsugu from Japan (The Flames of Paris). 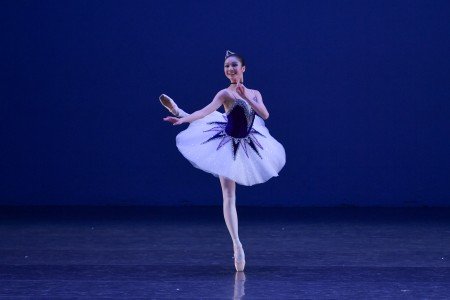 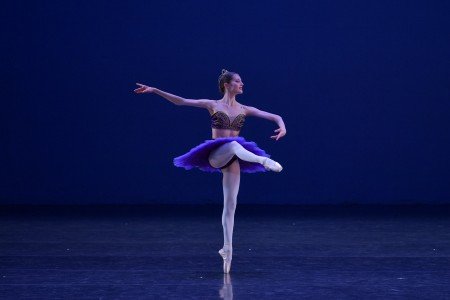 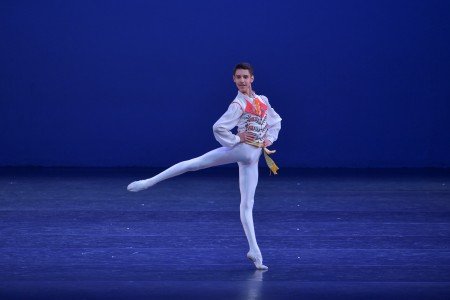 Among the Senior Men, I was particularly impressed by 15 year olds Yuma Matsuura and Takayuki Moriwaki, both from Japan, in their respective variations from Don Quixote and Flames of Paris; and Edvinas Jakonis, 17, from Lithuania, in his variation from Le Papillon. 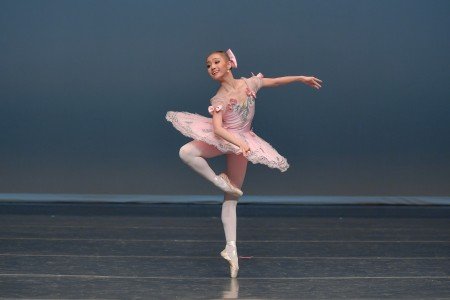 These young dancers are so good, and the Final Round ran so well, that I have few critical comments. I suspect it’s a cost issue, as well as the additional time factor in an already lengthy program, but it would be wonderful to be able to see the finalists in the other categories added to the Final Round program – if for no other reason (and there are plenty of other reasons) than to vary the almost (but not quite) numbing repetition of classical variations. In that respect, I suspect it hasn’t gone unnoticed that young women who can effectively execute variations from La Esmeralda win top awards (winners of the Grand Prix or First Place in the past four years have danced that variation). Of course, doing it doesn’t mean that one will execute it well, but it certainly seems to provide a leg up. I don’t know if there’s anything that could or should be done about it, but it sends a signal. And as I’ve indicated from the beginning, I still think it’s unwise to have one or more judges be from schools that have contestants in the program. There may be nothing at all improper (and for all I know these judges may be barred from evaluating their own students), but the appearance of impropriety remains.

The medal winners, and other top finalists in all categories, are listed below. 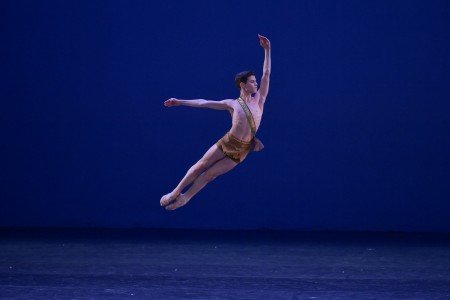 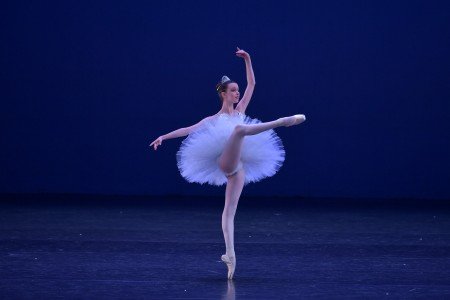 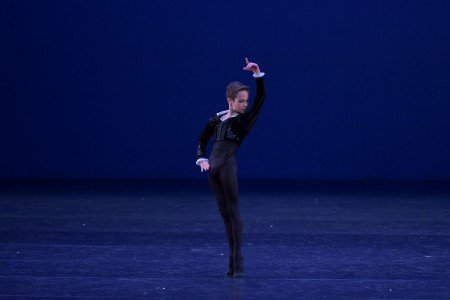 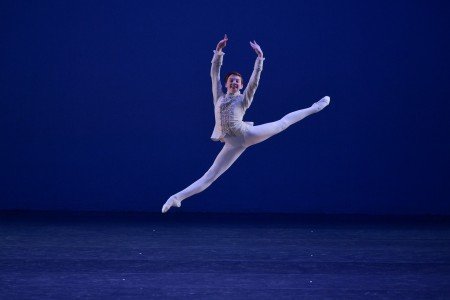 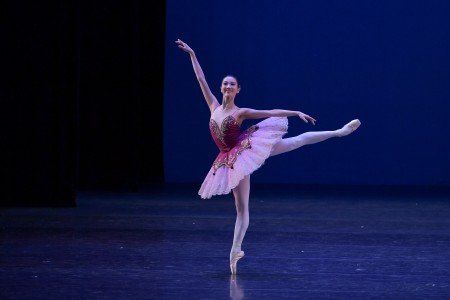 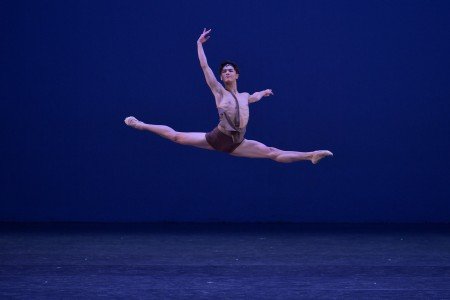 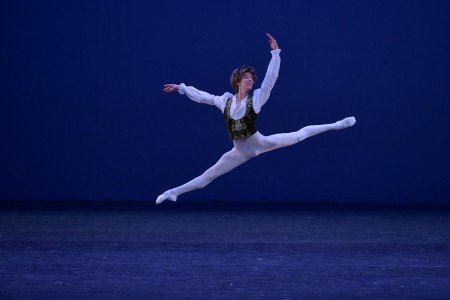 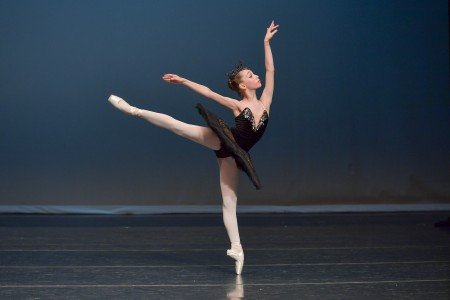 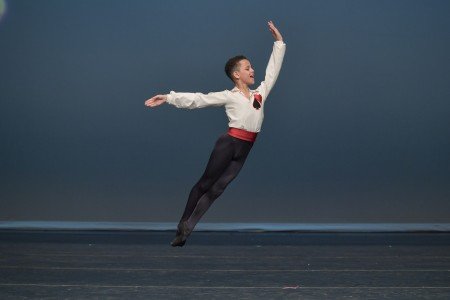 Once Upon A Time. The Rock School for Dance Education, PA, USA 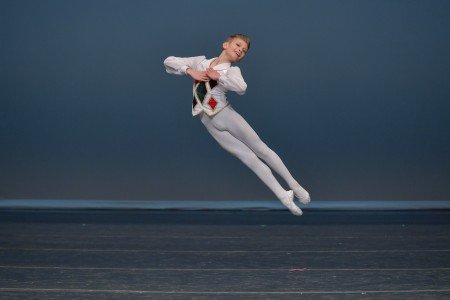