Celebrating its 20th Anniversary this year, Youth America Grand Prix commemorated the occasion with four evenings of ballet competition and exhibition at Lincoln Center’s David H.Koch Theater. On Wednesday, the finalists in the Junior (12-14) and Senior (15-19) Men’s and Women’s categories performed their final solo ballet performances. YAGP then presented its annual gala “Stars of Today Meet the Stars of Tomorrow,” increased this year (and perhaps in future years) to two evenings. I saw the first of the two. Finally, new this year, on Saturday afternoon, the competition presented an “International Dance School Festival” featuring dances performed school students or by a company’s pre-professional ensembles. Both Galas will be the subject of a separate review.

For those unfamiliar with it, YAGP is a nominally a competition, but it’s less that than an international audition that enables young dancers around the world without the resources to audition outside their residential areas to be seen by, and be awarded scholarships to, some of the most prestigious dance schools and pre-professional organizations in the world. This cannot be understated. Sure there are medals awarded and there’s a certain amount of prestige that goes with that, and not medaling can be disheartening, but the benefits of exposure, competition (more with oneself than with other dancers), and make-or-break experience (one-shot opportunities, unfortunately, are frequent in professional companies) far outweigh any negatives. 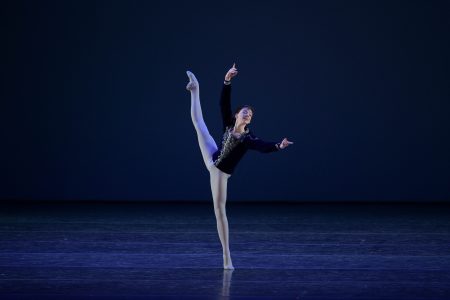 YAGP’s most significant benefit is the camaraderie that develops among these young dancers. For them, YAGP is an invaluable rite of passage as well as a proving ground.  Aside from what is readily observable in offstage encounters, all one needs to do is listen to the shrieks of approval (usually coming from the less expensive seats) of other dancers’ performances to recognize this. They’re cheerleaders as much as competitors. The roughly 12,000 young dancers who participated around the world (culminating in “semi-finals” spread across six continents, including 20 U.S. cities), including the top 500 or so gaining entry to the six-day Finals competition in New York this past week, make friends and connections that will last lifetimes. Just standing in one part of the DHK Theater during intermissions will make the depth of these relationships evident. And they come back – I saw two medal winners from prior years reunite, and I’m sure there were others. I doubt that anyone, except perhaps Founder and Artistic Director Larissa Saveliev, could have envisioned the force that YAGP has become, not so much by funneling dancers into major ballet companies, but by paving the way for capable dancers from a variety of backgrounds to get there. 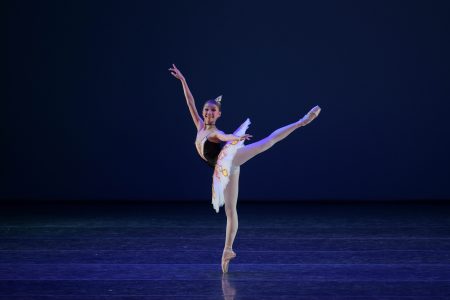 It’s not all rosy, however. Moving the bulk of the competition to Westchester last year, which now appears to be permanent, has resulted in a major neutralizing of a collateral aspect of the force that YAGP, and the participating young dancers, represent. When I first started reporting on YAGP, the springtime sight of swarms of bunheads parading through the streets of Manhattan from one venue to another would convince any casual observer that something particularly extraordinary was happening, or, alternatively, that the city had been invaded by youthfully energetic and photogenic creatures from outer space with incredible posture. Now, it’s invisible except to those who know it’s there, and just another Lincoln Center Event. I suppose that economic considerations (for both the organization and contestants’ parents) made this move unavoidable, but as a result something very special has been lost. To compensate, perhaps consider expanding the “Final Round” presentation to include other YAGP competing divisions (e.g., Ensembles, Pas de Deux, Pre-Competition), which might prove more exciting to an audience than four sets of classical solos, many of which (inevitably) are identical. 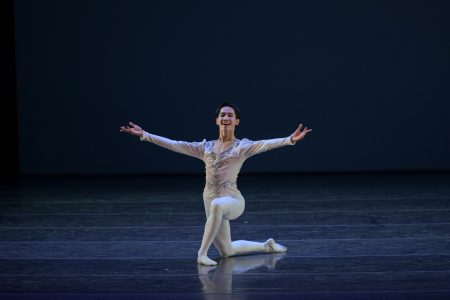 Additionally, I’ve frequently commented on how difficult it must be to judge competitions such as YAGP, since the young dancers – at least those in the New York Finals – have already attained such a high level of achievement. On the other hand, as I observed last year, with rare exception it’s not that difficult for an experienced eye to distinguish the top dancers among those in any particular program category. But I still think that having competition performances judged by administrators who run the dance schools from which dancers enrolled in those schools participate creates the appearance of impropriety, regardless of the likelihood that any possible prejudicial vote (and I’m not saying there is or would be) being effectively nullified by the votes of other judges. It just looks bad. 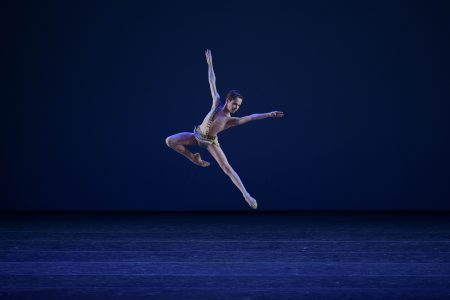 A partial list of the New York Finals finalists and medalists will be provided below. What follows is a brief summary of those performances that I observed during Wednesday’s “Final Round.” All the young dancers performed well, giving credit to themselves and their schools, but I’ll only mention those I found particularly impressive based on my highly unofficial and non-scientific ranking system, but in no particular order. 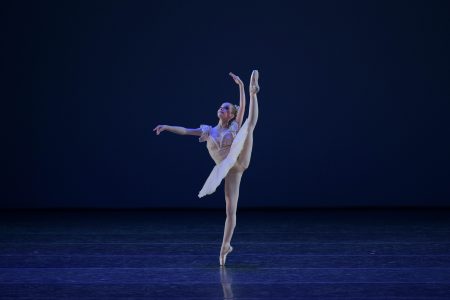 Thirty young dancers competed in the Junior Women’s category, each of whom was a finalist from earlier semi-finals from around the world. Ayako Tsukada, a 12-year-old from Japan, gave a high quality performance of a variation from Don Quixote; Rebecca Alexandria Hadibroto, also 12, from Indonesia (the winner of last year’s Hope Award, the equivalent of the Grand Prix among the pre-competition age group), hit her solo from Harlequinade for a home run and left me agape in disbelief. Maya Schonbrun, 14, from the USA, executed the same variation very well also, as did Japan’s very sweet-looking Nana Oda (age13) and the USA’s Madison Brown, age 13.  And Elise Cho, another 12-year-old from the USA, danced a commendable Aurora variation (Act I) from The Sleeping Beauty, executing super turns and balances in the process. 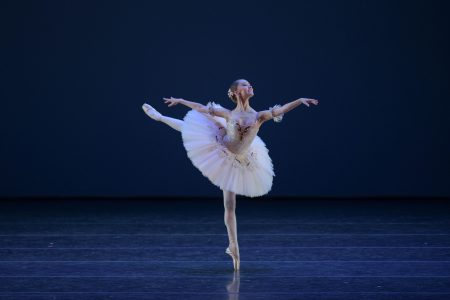 France’s Suzie Pevel (13), delivered a polished Dryad Queen variation from Don Quixote. Paloma Sol Livellara Vidart, a 13-year-old from Argentina, danced a superb Medora variation from Le Corsaire, and Natalia Chersia (14), from the USA, impressively performed a variation from La Esmeralda (different from the one usually seen in this competition). Ava Arbuckle and Brianna Guagliardo, both age 14 and from the USA, delivered very fine variations from Raymonda, although Arbuckle’s looked somewhat more sophisticated. And Sophia Zonni from the USA and Moyu Yoshimura from Japan, both 14, danced variations from Raymonda, with Zonni’s being a bit more polished. 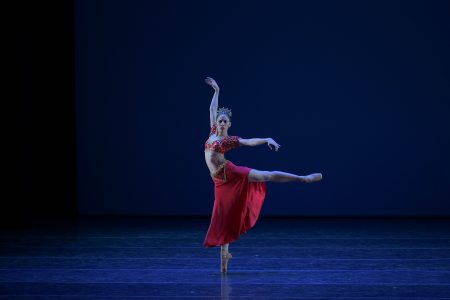 There were 23 finalists in the Senior Women’s division. Basia Rhoden, 16, from the USA, danced a knock-out variation from La Esmeralda, and Australia’s Grace Carroll (15) and Canada’s Bridget Lee (18) did the same with their classy and beautifully executed variations from Paquita. Tall and angelic-looking Anastasia Plotnikova, 17, from Russia’s Bolshoi Academy performed a very strong, finely executed variation from Coppelia, as did tiny Arianna Crosato Neumann (16), from Peru, dancing a different variation from the same ballet. Switzerland’s Yazmin Verhage, 16, delivered an excellent Gamzatti variation from La Bayadere, as did the USA’s Brooke Noska with her variation from Walpurgis Nacht (including memorable fouettes). Aoi Sawano, age 15, danced an impressive Swan Lake variation, while South Korea’s Min Young Kim, 18, delivered a very solid variation from Grand Pas Classique. And little Emma Spillane (15) from the USA gave a lovely, albeit careful, performance of a variation from Raymonda. 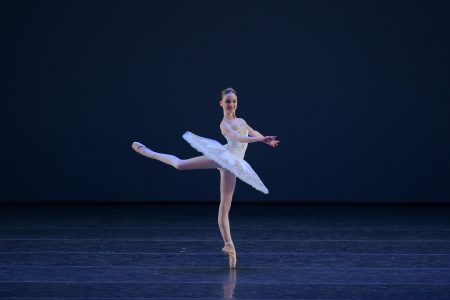 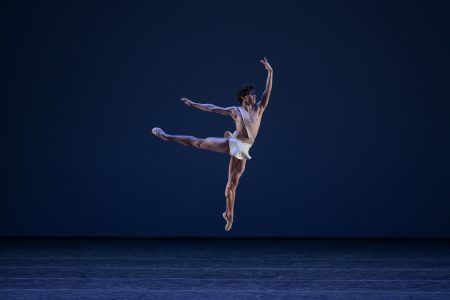 The judges rank the dancers based on a number of factors that far exceed the criteria in my personal evaluation, including earlier performances in the competition of both classical and contemporary dances. 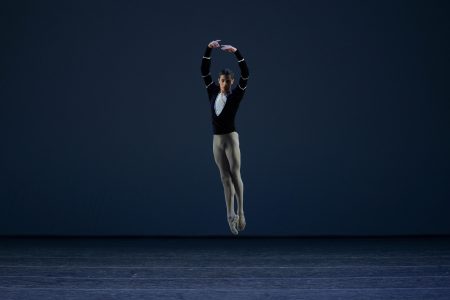 The award-winning young dancers are listed below: 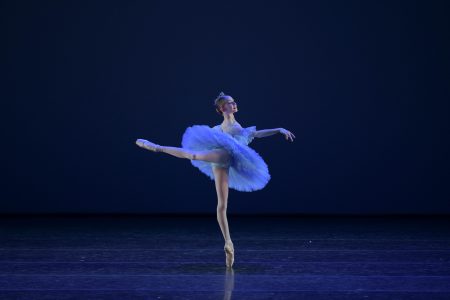 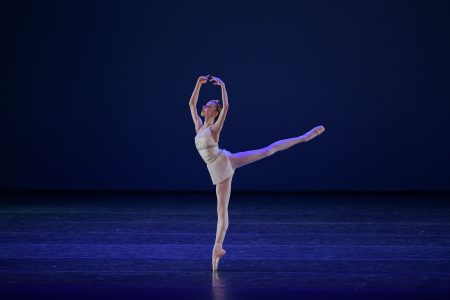 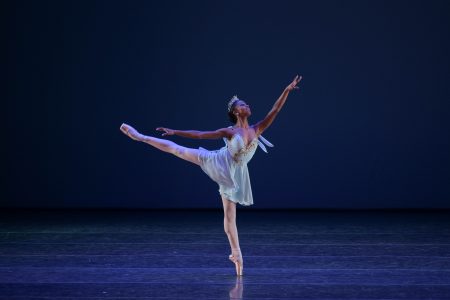 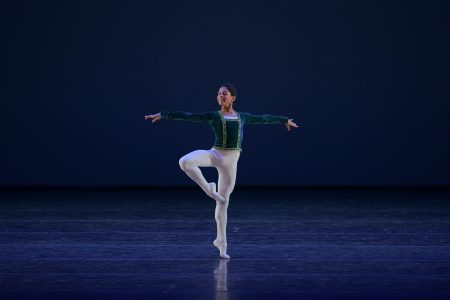 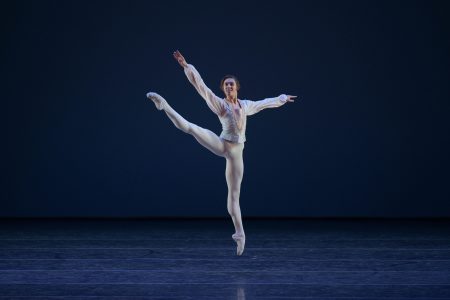 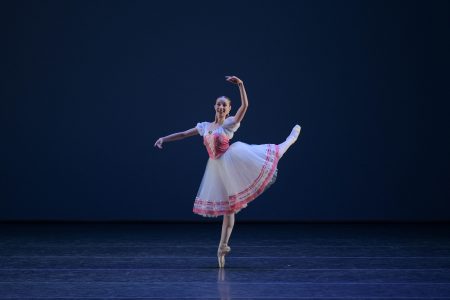 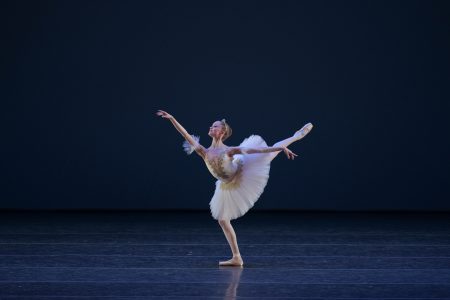 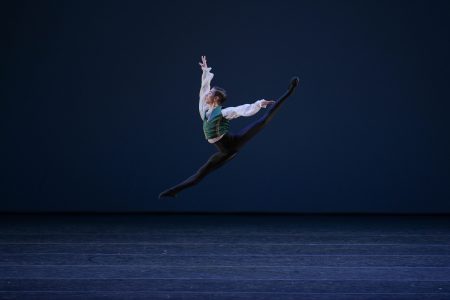 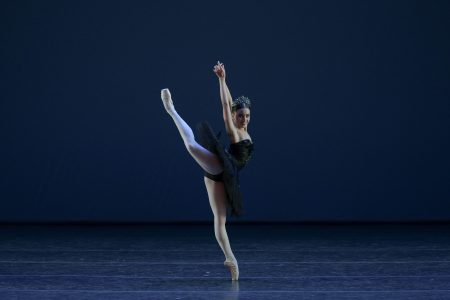 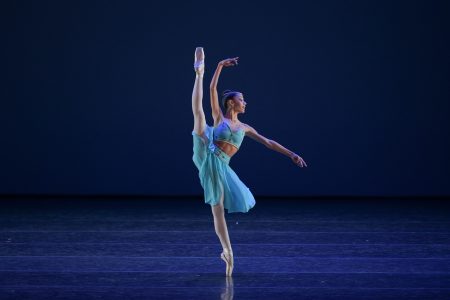 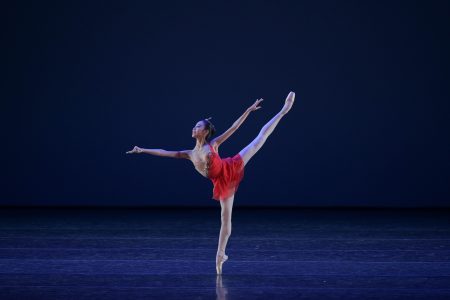 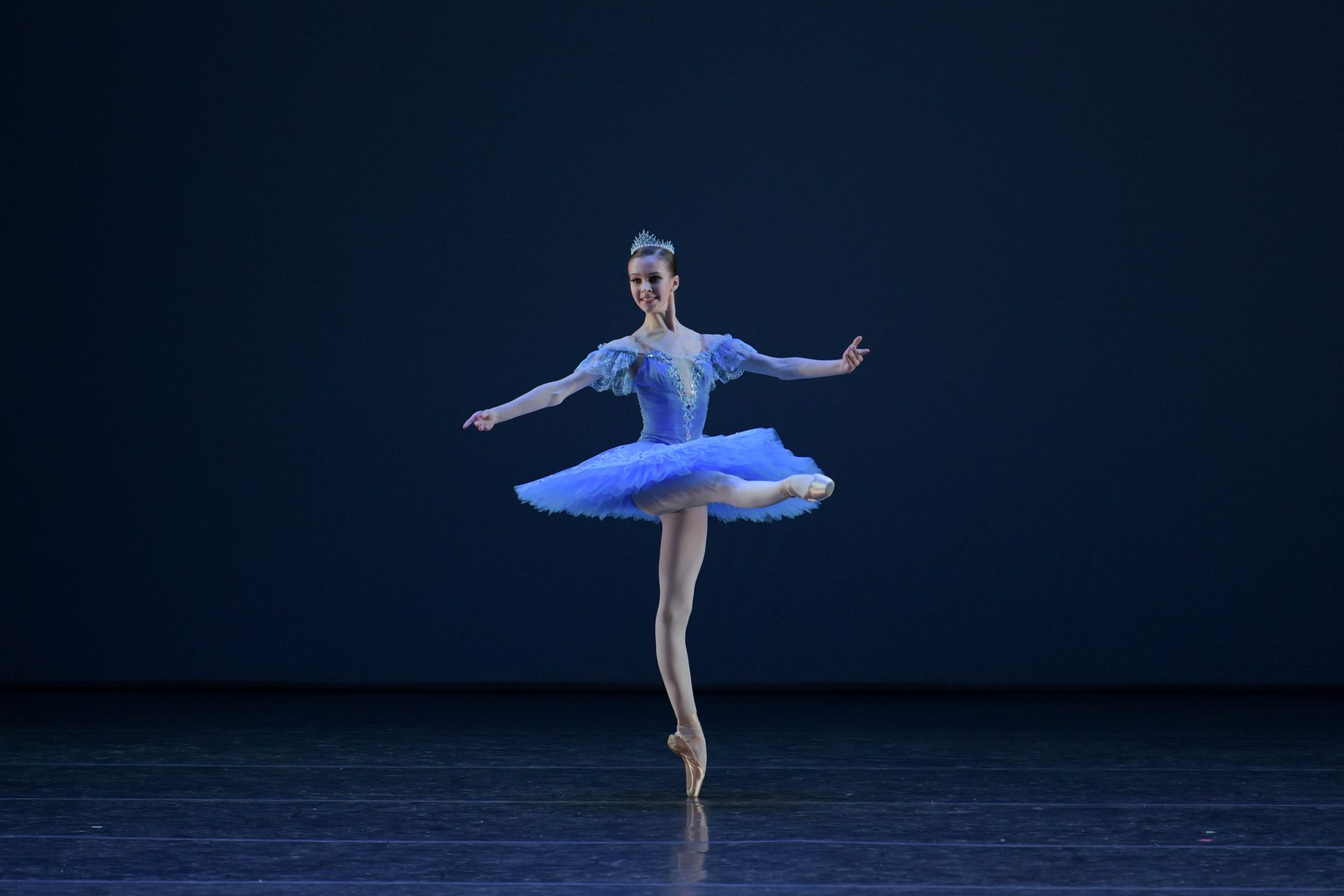