Youth America Grand Prix, the international dance education and scholarship competition that has mushroomed into a world-wide phenomenon, has announced that its upcoming Gala performances at the heralded Nervi Festival in Italy will be live streamed internationally on June 25th and 26th.  YAGP’s appearance at the Festival, which is located in an outdoor auditorium between Genoa and Portofino, began on Monday with its YAGP Intensive Program at Nervi, a chance for young dancers to experience the life of a professional dancer in an open-air 2,000 seat auditorium that serves as the main stage of the Festival, and concludes with the Galas. 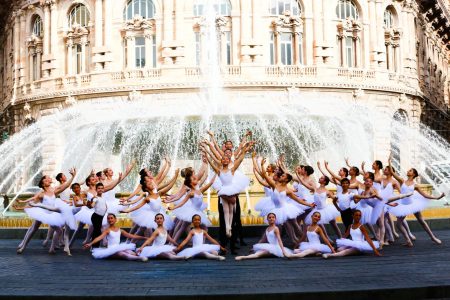 YAGP at the Nervi Festival
Photo Courtesy of YAGP

The live stream performance details are as follows:

The Future of Dance Gala – June 25

Scheduled performers will include:

Stars of Today Meets the Stars of Tomorrow Gala – June 26

Scheduled performers will include: Program:

Jacopo Tissi, La Scala Ballet – Except from the Ninth Wave