The annual young bunhead parade moved from Lincoln Center’s David H. Koch Theatre to the Brooklyn Academy of Music this year, so the average Manhattanite may not have noticed that the Youth America Grand Prix, 2016 edition, returned to New York last week. But anyone familiar with ballet certainly would have known, and made the pilgrimage as I did, to see the YAGP Final Round, and its annual Stars of Today Meet the Stars of Tomorrow gala program. Despite some flaws, which are built into a procedure that emphasizes ballet’s future, missing these programs was unthinkable. Even though it’s at least nominally a competition, it’s also great fun to watch. 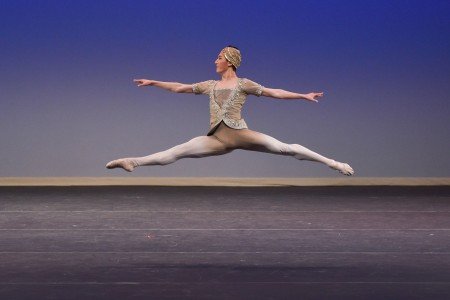 The first thing that hits you as you watch the Final Round of competition (limited in the BAM program to solo competitors in the Junior and Senior Women and Men categories) is how talented, and how poised, these young dancers are. In the first half of the program in particular, which featured the Junior dancers, they all looked like they owned the stage: no one looked scared, and as far as I noticed, no one missed a step.

The second thing that hits you is how young these young dancers really are. Having these 12- through 14-year-old competitors categorized as Junior Women and Junior Men is a fact of politically correct life, and one certainly not limited to dance competition categories. You forget, when they perform, how young they really are. But seeing these young dancers emerge giddy and bubbling from their dressing areas following the first half of the competition is totally incompatible with seeing what they can do on stage. They don’t yet have the affectations common to professional dancers – no aura of physical superiority; no sense, yet, of being gods or goddesses. On stage, they look like the budding professional dancers they are: larger than life; serious; motivated; driven. Off stage, they act, and look, their age – except they drink water and snack on fruit. 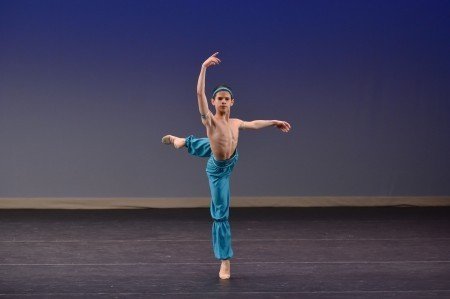 The third thing that hits you is how impossible it would seem to be for the judges to decide the “winners” from among them. On my personal scorecard, I realized early on that I’d given most of these Junior level dancers ‘8’s or ‘9s’ on a ‘1-10’ scale. I was more discerning with the Senior level dancers – my score scribble showed a few ‘7s’. I’m easy.

The 2016 finals competition began on April 22 at NYU’s Skirball Center with a rigorous five-day schedule of competition and classes during which the finalists, culled from ‘semi-finals’ competitions at various venues around the world, were evaluated not only for awards, but also for scholarships to major ballet schools or invitations to summer intensive programs, culminating in the “Final Round” on April 27, the gala on April 28, and another gala, which included awards announcements, on April 29.

The notion of “winners,” though of obvious significance to those who win, is not what’s critical here. I’m not a great fan of ballet competitions, but as I’ve emphasized in previous reports, it seems clear to me that the purpose of YAGP is less to anoint award winners than to provide an avenue for young dancers to be introduced to administrators and teachers from major ballet companies and schools from around the world, and vice versa, enabling connections that might otherwise never be made. Founded seventeen years ago by Larissa and Gennadi Saveliev (a former soloist with American Ballet Theatre), YAGP trumpets not just its award winners, but the scope of the process and the eventual professional success of its participants, award winners or not. 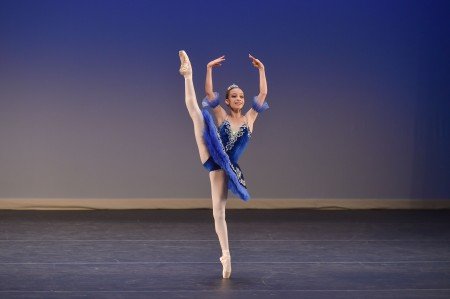 The connections made among the contestants themselves are equally significant. These are young dancers – representatives from 36 countries (from an initial pool of over 8,000 entrants) – who speak different languages and come from different cultures. The competition, quite obviously from the cheers and hoots that the dancers in the audience gave to those baby ballerinas who performed in the Final Round (the boys, er, men, are a different category – they’re rock stars), regardless of nationality or school, reflects a sense of comradery that being under the YAGP umbrella fosters, and which might temper the sting of later cut-throat competition they might have to endure. It’s a mini United Nations of dance – one that apparently works.

The second night of the three-night gala was YAGP’s annual Stars of America Meet the Stars of Tomorrow gala program, which included young dancers selected from among the finalists to perform, and professionals dancing pieces, or excerpts from them, that represent where ballet may be going, as well as pieces not frequently seen in New York.  There were some superb performances here, as well as some duds, and the evening was marked as well by last minute heroics by New York City Ballet’s Daniel Ulbricht, and American Ballet Theatre’s Sarah Lane, who both filled in on late notice and with limited, if any, rehearsal time. The gala is discussed in detail in a separate review. 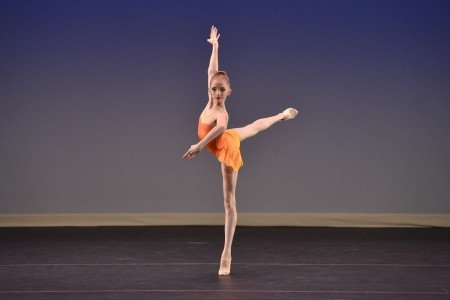 Reviewing the performances of each of the dancers during Wednesday’s Final Round would be inappropriate. On the other hand, not mentioning those whose performances I found particularly compelling also seems unfair – even if only to me. So, keeping in mind that these competitors had already passed muster in semi-final rounds and in finals competitions earlier in the week, and that awards and scholarships are not just based on these soloists’ scores in the Final Round, but also include evaluations of their performances in contemporary pieces, below is a listing of the performances during the “Final Round” that, among a plethora of extraordinary performances, were particularly impressive to me. Those who actually won awards will be listed at the end. 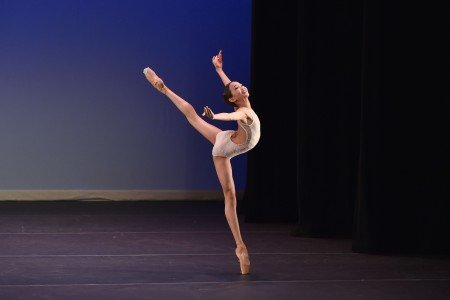 Of the 30 Junior Women Final Round competitors, from the first (12-year-old Jolie Rose Lombardo, from the USA, dancing a variation from Paquita) to the last (13-year-old Brianda Bustamante, from Mexico, a variation from La Fille Mal Gardee), they all danced superbly – and far beyond the capability one might expect from young dancers in this age group. But, in addition to the two already named, the variations danced by 12-year-olds Rafaela Pandolphi (Harlequinade) and Ashley Lew (La Fille Mal Gardee), from Brazil and the USA; 13-year-olds Penelope Birnbaum (Paquita) and Kotomi Yamada (La Esmeralda), and 14-year-old Lilly Maskery (Grand Pas Classique), respectively from the USA, Japan, and New Zealand, were particularly outstanding to me. The 12 finalist Junior Men, to my eye, were led by the first three performances – 12-year-olds Francisco Gomes (peasant variation from Giselle), Antonio Casalinho (variation from Le Corsaire), both from Portugal, and Itsuku Masuda (variation from La Bayadere) from Japan. 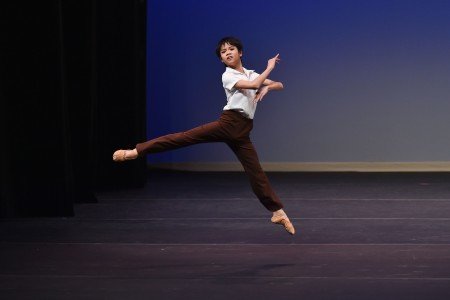 Among the Senior Women and Men (ages 15 through 19), there seemed a marked increased appreciation for the significance of the competition and their performances than was apparent in the younger dancers. That is, while the youngest of the younger dancers seemed to be thoroughly enjoying themselves, these somewhat older dancers were working hard to create a favorable impression. While they all danced well, I noticed several minor errors and attempts to overdo things. But there were a few standouts, at least to me. Among the 26 Senior Women: 15-year-old Kenedy Kallas danced a memorable Nikiya variation from La Bayadere, 16-year-old Yu Hang, a thrilling variation from La Esmeralda, and 18-year-old Yuka Iwai sparkled in her variation from Coppelia (from the USA, the People’s Republic of China, and the USA respectively). Among the Senior Men, I was particularly impressed by 17-year-olds Narcisco Alejandro Medina Arias (achieving incredible elevation in his variation from Don Quixote) and Joonhyuk Jun (variation from La Bayadere, delivered effortlessly, and smooth as silk), from Cuba and the United Kingdom/Republic of Korea respectively.

The following is a list of award winners and top three finalists (including in categories that were not presented during the “Final Round”). A complete list is available on the YAGP web site (yagp.org). 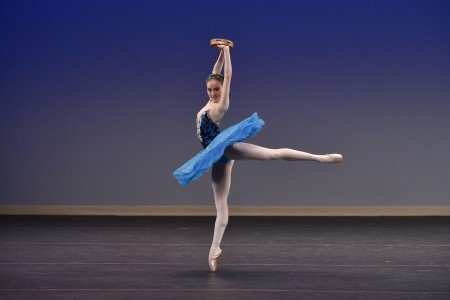 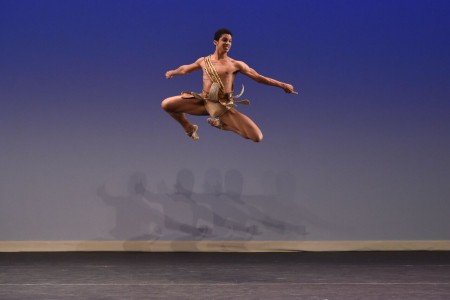 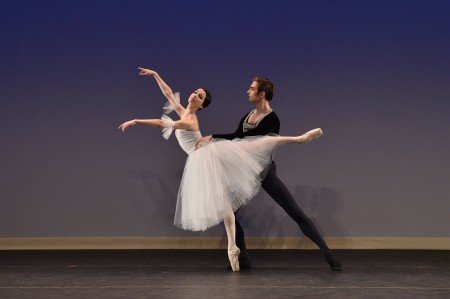 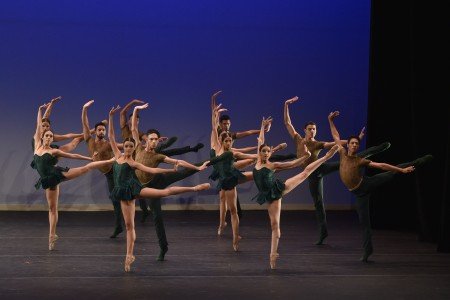